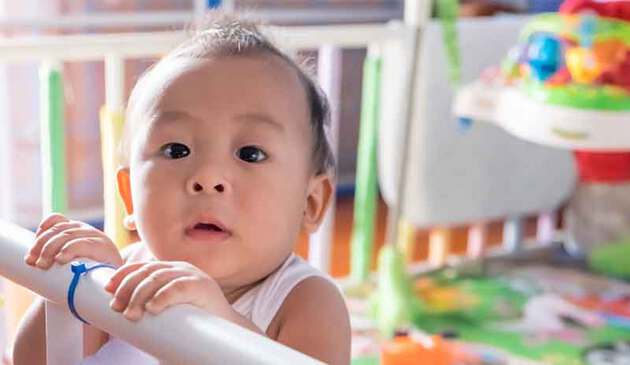 Deciding which baby monitor to buy can be a bit of a headache. With so many different models out there, coming in at a huge range of prices, knowing what to look for and where to start can be tricky.

So we set out to find the baby monitors that offered genuine value for money and performed well in eight key areas: set-up, safety and stability, day-to-day use, cleanliness, signal, battery, aesthetics and value for money.

To do this, we commissioned Hazel Bosworth, a writer and mum of two, to draw up a shortlist of 17 baby monitors for us to put to the test – this included audio, video, wifi and sensor monitors, all at various price points.

She did this by trawling review sites and bestseller lists, and scouting for opinion on the Mumsnet forums to find products that were consistently recommended by parents.

She also sought the opinion of Kate Holmes from The Lullaby Trust, a charity that offers expert advice on safer sleep for babies, and Emily-Jane Clark, author of the Sleep is for the Weak, particularly when it came to safety and what to look for in a good baby monitor.

Over the course of three months, our parent testers, Bobby and Rachel, put the selected baby monitors to the test in their real-life family home, scoring them on each of the eight key areas mentioned above.

Want to find out which products won? Read our baby monitor reviews

Which baby monitors did you test?

Who tested the products?

At Mumsnet, all of our shortlisted products are tested by the same family. This makes it much easier to compare the pros and cons of different models and to recommend the monitors that really cut the mustard.

While it would be quicker and cheaper to send each product out to a different tester, we believe that consistent scoring and like-for-like comparison is crucial. With far fewer variables in the testing process than other sites, we are absolutely confident in our recommendations.

Our testers, Bobby and Rachel, are parents to two children who were eight months old and three years old at the start of the testing process. They brought their past experiences to bear when considering whether new tech upgrades were really worth the extra cash and, with two children, they were able to double the real-life wear and tear.

They tested each monitor for a week in total, which included being used once overnight and being timed on how long it took to charge up and run down. All but one of the monitors were tested with their youngest child, but some were also tested with (and dropped by) their boisterous toddler, plus children of friends during weekends away.

The monitors used by both toddler and infant, and taken travelling, were: the Summer Infant Pixel, the BT Smart Monitor, the Babymoov Premium Care, the Angelcare AC527 and the Motorola MBP161 Timer.

The monitors used with a toddler only: the Arlo Baby HD Monitoring Camera.

How did you test for assembly and set-up?

Our family timed how long it took to set up each monitor from opening the box to being able to use it, and noted whether there was anything complicated or frustrating about getting going with each one.

They also thought about what was in the box. Were instructions included and easy to follow? Did the manual include helpful images? Did the baby monitor come with a decent warranty?

Any online help, e.g. installation videos or live chat, was checked for usefulness, and they noted whether setting up relevant apps and connecting to wifi was painless or complicated.

How did you test for day-to-day usage?

We made the most of testing in real-life situations and encouraged Bobby and Rachel to push each monitor to its limit. They tested the monitors during the day and the night to make sure they worked as they should and that night vision claims were up to scratch.

They checked to see whether or not audio was top-notch and interference-free – both ways, in the case of monitors with two-way talkback – and that the volume was easily adjustable and had a visual indicator, too.

If the audio was patchy or the signal didn't carry, we asked our tester to report it. If any false alarms occurred or faults were picked up, we expected the grade to reflect that. If the sound was in any way grainy or failed to reach from room to room or floor to floor, we wanted to know about it.

We wanted to find monitors that were easy to use, even for the most technophobic of babysitters or carers, by looking for intuitive interfaces and responsive controls, and put every extra feature such as lullabies and light shows to the test to establish whether they were actually helpful or just a bit gimmicky.

Bobby and Rachel carried the monitors around the house with their arms full to test belt clips and even took the monitors on weekends away to make sure they weren’t too bulky or heavy to travel with.

They also made note of any irritating features, such as unnecessary flashing lights or distracting sounds – the last thing you need is hearing your baby cry because the actual monitor woke them up.

For motion sensor monitors, it was important to check that the pads fitted well in the cot with zero chance of a wriggly baby rolling off. We also evaluated how sensitive the pads were by listening out for false alarms.

Although none of our Mumsnet Best winners come with motion sensor pads, these monitors tend to be a popular choice for families seeking that extra level of reassurance.

For video monitors, picture quality was paramount so Rachel and Bobby needed to be confident that they could clearly see their baby’s face, even in the dark.

As such, they tested how easy the camera was to move and to control remotely, e.g. to pan, tilt and zoom, and assessed how useful additional features, such as a wide angle lens or the ability to stream or save clips, really were.

They made note where there was the option to link multiple cameras, but weren't able to test how well these worked together or whether doing so affected picture quality as they weren't sent any samples.

They also checked whether accompanying apps were simple to use and reliable. Were the apps compatible with both iOS and Android? Could you hook them up to Alexa or Google Home and were app notifications annoying or helpful? 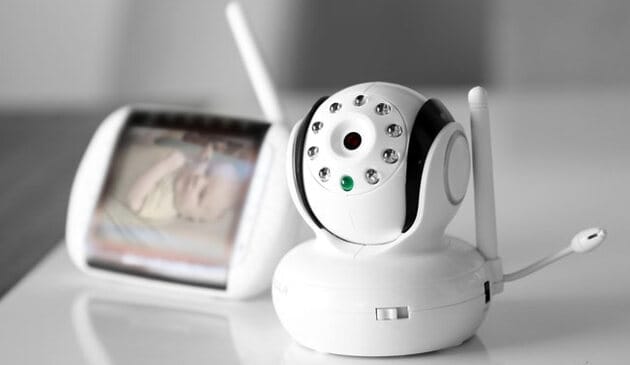 How did you test for signal strength?

Signal strength was particular important in our baby monitor testing, with our testers checking the signal strength of both the audio and the video throughout their house and even outdoors in the garden.

They made sure signal strength claims made on the box were accurate, and that out-of-range indicators could be trusted. For wifi baby monitors, they looked at whether the wifi connection was stable and checked whether they remained logged in even if this dropped out.

Often, it'll be the monitor’s signal strength that'll swing it. For this reason, we put as much distance as possible between the monitor and parent unit to make sure manufacturer signal claims were met.

How did you test for battery life?

Apparently some babies sleep for eight hours (ours didn’t get the memo), so we made sure the battery lasted at least this long and noted when it didn't.

Our testers commented on how long the battery took to charge and to run down, whether the device came with rechargeable batteries, whether it had any features designed to save battery life and whether there was a low battery alert.

They also recorded how quickly apps drained a phone’s battery when in use.

How did you test for safety and stability?

We looked carefully at what each baby monitor was made from to ensure there was no shoddy finishing or pieces that could detach. If the monitor could be mounted on the wall, we made note.

They also tested the likelihood of the baby monitor surviving if being dropped by a tired parent or a curious toddler. A drop test was performed whereby the monitors were dropped down a flight of stairs. Rachel and Bobby also allowed their three-year old to play with each monitor to see how it fared.

Wifi baby monitors needed to pass our digital safety test, which covered password settings, SSL encryption and two-factor authentication. Were automatic security software updates enabled and could you turn off remote access to the baby monitor when not needed?

Sensor monitors were also thoroughly tested on whether they were prone to false alarms.

What monitors actually do is more important than how they look, but we wanted to find baby monitors that really looked the part too.

Rachel and Bobby considered whether each device was bulky or intrusive and whether it looked at home in the nursery, and also noted what their children seemed to think of it – did their baby or toddler like it? Notice it? Become distracted by it?

They also looked at whether any design features made the monitor easier or more complicated to use.

How did you test for cleanliness?

How quick and easy each monitor was to clean was also considered, and our testers deducted marks for grooves and crevices that quickly attracted dust and dirt.

How did you measure value for money?

During the testing process, we gathered comprehensive data about each baby monitor, making comparisons as detailed and as fair as possible.

Rachel was therefore able to evaluate whether the baby monitor was worth paying full price for, regardless of its cost, and whether any extra features helped to justify the price tag.

All 17 products we tested had a high base level when it came to quality, so it often came down to the smallest of margins.

Mumsnet has been making parents’ lives easier since 2000 and, in those years, we’ve seen, tried and reviewed countless products. We’ve watched trends come and go and safety features become more and more slick. Our testing is best in class – we rigorously test each product with real children in real-life situations as well as standardised lab-style testing and we're confident that our testing leaves no stone unturned. This means that parents don’t need to compare reviews or hunt around for other opinions. They know Mumsnet has it covered.

All Mumsnet product reviews are written by real parents after weeks of research and testing. We work hard to provide honest and independent advice you can trust – brands can’t pay to win a Mumsnet Best award.

The aim of Mumsnet Reviews is to produce the best product reviews on the market for parent and baby products. We do sometimes earn revenue through affiliate (click-to-buy) links in our articles. However, we never allow this to influence our coverage.

Reviews Babies Preparing for a newborn