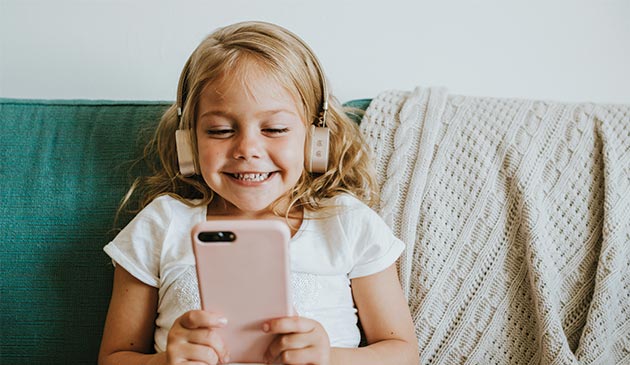 This Windows 8-powered touchscreen phone is great value for money. It looks modern, has a decent camera so your kids can snap their own pictures (rather than clogging your camera roll) and it won’t break the bank. Mumsnetters like it as an entry-level phone because it’s lightweight, colourful, and you can get it on pay as you go.

If looking cool is a must (when isn't it with teenagers?) and you have a little more money to spend, take a look at the Huawei Y7. Mumsnetters have been buying this one for their 14-year-olds (and older) as it comes with studio-quality lighting effects for all their photos. Older kids will appreciate this feature far more and will have already proved that they can handle the responsibility – or not, as the case may be. This high-tech phone also lets them use their face as a password so they’ll never get locked out. In fact, it has all the features you would expect from more expensive Apple or Samsung smartphones without the heft price tags. Get a cheap pay as you go SIM or opt for an affordable monthly contract.

“My 13-year-old has a Huawei pay as you go phone. She says she's got the best phone out of all of her mates.”

Getting your child set up with their first phone needn’t cost the earth. This restored Alcatel Pixi 4 is about as cheap and cheerful as you’re going to get for a decent phone. It has an Android operating system and 3G connectivity, with 4GB of internal memory, a slim yet premium design, and dual cameras. For a functional, no-frills option, opt for the Pixi.

“I got my daughter an Alcatel Pixi from EE for school. It cost £29.99 for the phone and is on pay as you go. It's the cheapest 4G phone out there.”

Just select your budget – it can be anything from £5-20+ – and pick the bundle that’s right for you. If this is your child's first phone, or internet access is a real concern, you could start them on either of the following tariffs:

Preteens don’t need jaw-droppingly expensive smartphones. Instead, try them on the iPhone-inspired Wileyfox Swift 2. It looks the part, comes with 16GB of storage – plus 128GB of expandable memory – and is available in a range of three colour options. If you buy it through Amazon, your phone will come with a handy 2-year warranty, too. For a reliable – yet chic – iPhone alternative, look no further. Suitable for ages 11+.

“I definitely recommend getting a Wileyfox smartphone. They are brilliant and my hard-to-please 11-year-olds love them. It has all the features they need but can be customised by parents. Excellent quality and value for money – especially if you team it with a £6 monthly Goody Bag PAYG deal from Giffgaff.”

Giffgaff Goody Bag deals start at just £6 per month. For this, you’ll get:

The Alcatel 2038X is a basic smartphone, which is ideal for kids younger than 12. It has a large 2.4 inch display and 3G connectivity – as well as a built-in FM radio and camera. Memory can be expanded to 32GB with a microSD card (not included), so there should be plenty of space for their photos, videos and music The battery lasts for around eight hours of talk time and 160 hours on standby – perfect for those missed-the-bus emergencies. Available alongside a SIM-only contract from Tesco.

“We started off with very basic £20 phones from Tesco – all they could really do with them was call and text. The deal was that if they showed us they could look after them and not lose them then we would get them better ones.”

“I recommend looking at Tesco Mobile SIM-only contracts. You can cap the monthly ones so that kids can’t overspend or you could opt for a pay as you go phone.”

Remember the good old days when everyone had a trusty Nokia 3310? Well, the Nokia 105 is as close as you’re going to get to that old faithful these days. It doesn't have 3G connectivity, or a camera, but it does come with Snake pre-loaded onto it. An inexpensive option, you won’t have to worry too much about them losing it and, just like its 00s predecessor, they'll have to try very hard to break it. If they’ve asked for a phone, but you’re not convinced they’re ready, this Nokia is the ideal compromise.

“Try them with a festival phone like the Nokia 105. Basic but functional.”

“I work in the mobile phone industry and have done so for over 10 years. I constantly see parents shelling out loads of money on expensive phones for their children. Those same parents end up coming back into the store, having to spend even more money on insurance excess fees or, even worse, a full repair cost of hundreds of pounds. It happens because the children getting the phones don't understand the value of them and, as a result, aren't careful with them. Always start them on a cheap pay-as-you-go mobile. They’re perfect.”

This Motorola Moto G comes with a 5 inch HD display and 4G LTE. It unlocks with a secure fingerprint reader and promises a 40-hour battery life too – so there’s no need to worry if they forget their charger for an overnight stay. For an affordable phone that can keep up with day-to-day use, Mumsnetters recommend getting a trusty Motorola.

“All the kids I know have cheap-ish smartphones. Lots of them seem to have Motorola ones or older iPhones. I agree that it's ridiculous for a child to be carrying around several hundred pounds worth of breakable, loveable and steal-able kit.”

Prices correct at time of publication.

Swears By Swears By Home & Garden

The best audiobooks on Audible in 2021

How do to cancel your Amazon Prime subscription