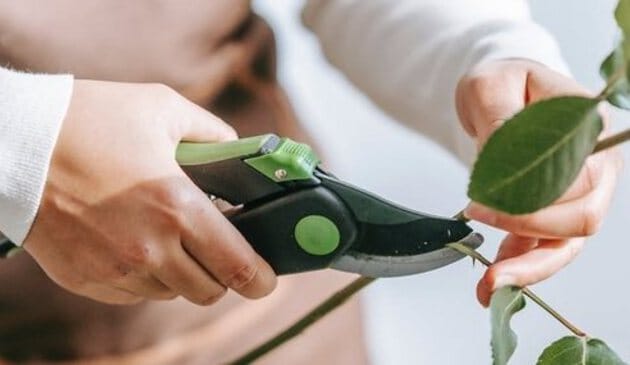 As any keen gardener knows, a decent pair of secateurs is a must-have item for keeping your foliage in shape.

Dead-heading, pruning and trimming make up a large part of the tasks involved in garden upkeep, and upgrading from an old, blunt set of secateurs to a shiny new pair will save you tonnes of valuable time and effort.

We’ve researched the world of secateurs and come up with our selection of the best in different categories.

Here are the 9 best secateurs for your garden. 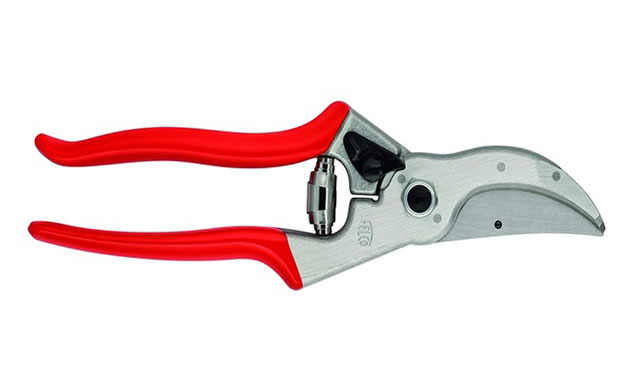 “Felco are the best secateurs in the world. If you go round any big garden, their red handles will be sticking out of the pockets of all of the staff.”

Felco secateurs are recognised as the finest in the world by horticulturists, professional growers and discerning gardeners in more than 80 countries, and this particular pair of classic, robust anvil secateurs are perfect for general domestic use.

They feature comfortable, lightweight and sturdy handles made of forged aluminium with an ergonomic non-slip coating, and a riveted anvil blade made of high-quality hardened steel for a clean, precise cut.

What’s more, all parts of these secateurs can be replaced when worn out, so this worthwhile investment will still be going strong long after your other gardening tools have given up. 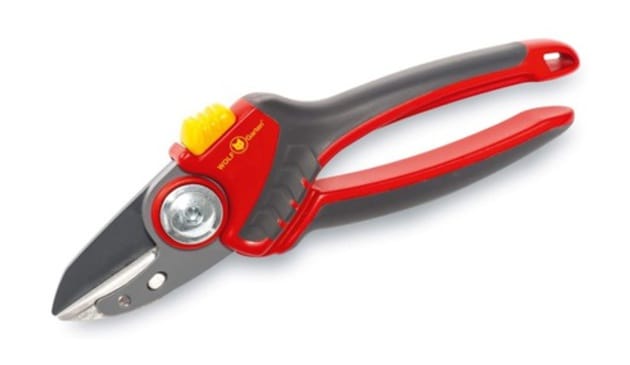 If your budget won’t quite stretch to a pair of Felco secateurs, then it’s still possible to find a decent set of anvil secateurs for under £20.

Specially designed for those with a lot of cutting to do come these premium secateurs from German brand Wolf-Garten, with a power anvil design, precision-ground non-stick blades, adjustable blade pre-tension and permanent spring.

The ergonomic handle combines with the sliding lower handle and a 30-degree cutting angle for a smooth action that’s easy on your wrist, and the blades can both be replaced if needed too. 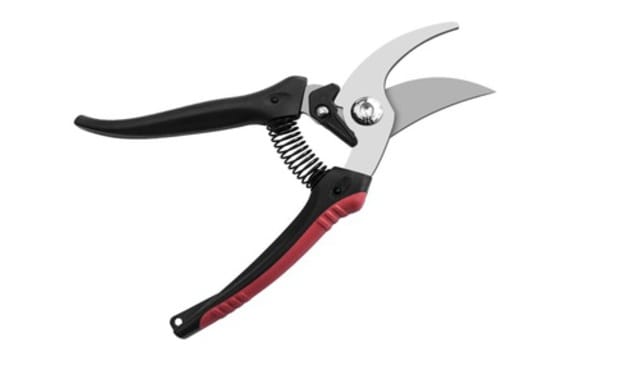 If it’s value you’re after, then these bestselling bypass secateurs will give you perfect pruning power at a snip of the price of the more expensive brands.

Great for all domestic cutting, they have a comfortable grip, sharp blades and come with a replacement spring for when the original gives up the ghost. In fact, the manufacturers are so sure you’ll love these super lightweight secateurs that they even come with a lifetime guarantee.

Their cutting width is a little smaller than other pairs of secateurs, so if you’re planning on pruning thick, woody stems they may not be the best for your job, but for everything else we reckon you won’t be disappointed. 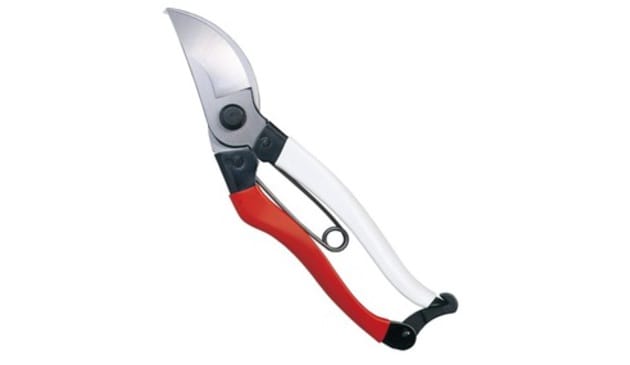 Another famous name in the world of secateurs, Okatsune have been producing the finest gardening blades from the best Izumo Yasugi steel (traditionally used for making Samurai swords) for almost 90 years.

This phenomenally hard steel ensures that the cutting edge remains sharp and the blades slide smoothly over each other to give an easier cutting action.

Soft metal in the core of the blade preserves flexibility, so the cutting blade always aligns with the counter blade, even after intensive usage. The V-shape of the spring ensures that the cutting load is distributed evenly over the length of the spring which guarantees a smooth closing. 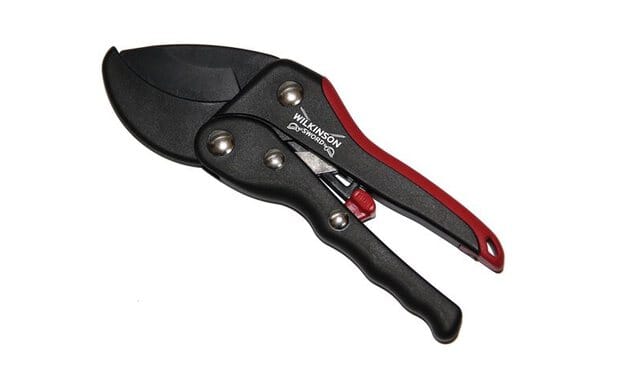 These ratchet anvil secateurs are a great option if you don’t have strong hands, as you don’t need to make a cut in one go. Thanks to the ratchet springs, repetitive squeezing of the handles will gradually cut through the stem.

This is a great value pair of secateurs from blade specialists Wilkinson, and a good all-rounder if you’re not sure which set of secateurs will be best for you.

They have a central catch which adjusts from right to left-handed use and have excellent cutting power, despite being extremely lightweight.

Buy now from Amazon
Related: The best strimmers for your garden » 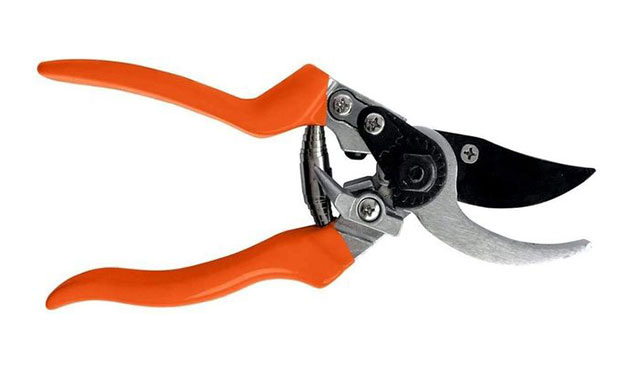 Endorsed by the Royal Horticultural Society, these excellent bypass secateurs have been specially designed for left-handed people, which means they are more comfortable to use and produce a cleaner cut.

They feature a fully hardened and tempered high carbon steel blade for lasting sharpness, plus robust alloy handles covered in a comfy, bright terracotta grip for maximum visibility in the garden. 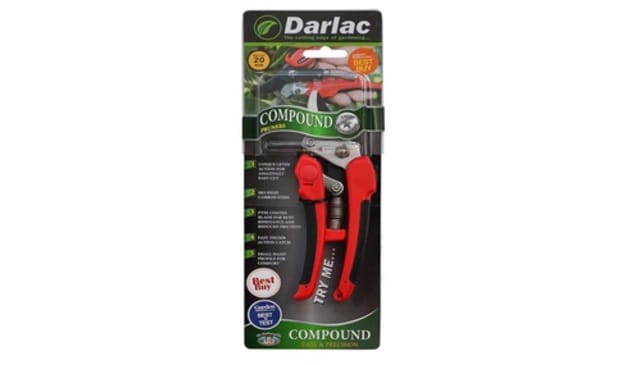 Highly rated by gardeners, these secateurs from Darlac have their own unique lever action to give additional power to their cutting ability.

While not specifically designed for people with smaller hands, they have proved a hit for this reason due to their small size and lightweight design.

However, the blades are also smaller than average so these secateurs are probably best for thinner stems, rather than heavy-duty use. 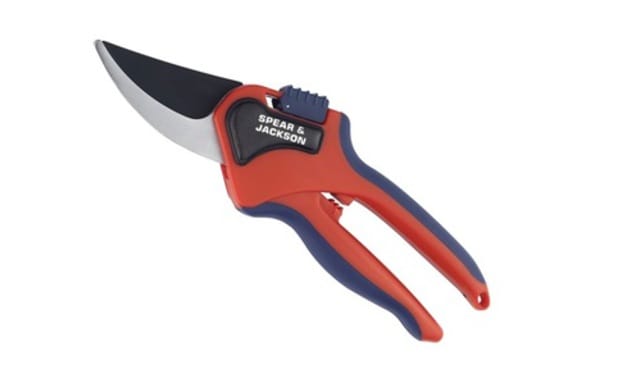 From garden equipment specialists Spear and Jackson come these large secateurs, perfect if you have bigger-than-average hands and need a tool to match.

They are PTFE coated for resistance to rust and to ensure smooth cutting and, thanks to their larger size, they can handle cutting stems up to a whopping 30mm thickness. 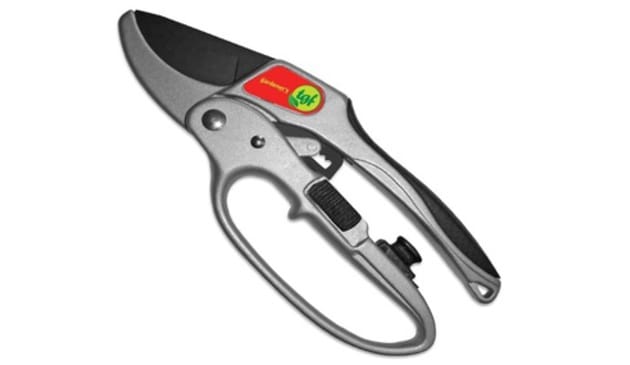 These ratchet anvil secateurs from The Gardener’s Friend have been specially designed for anyone who has a condition that weakens their hands, such as arthritis or carpal tunnel syndrome.

While most secateurs can be difficult to use for people with compromised hand strength, this innovative tool has been made with those very people in mind. The ratchet design uses leverage to make cuts with a fraction of the effort of conventional pruners, while the soft rubber grip absorbs pressure.

Thousands of happy customers report that they have been able to get back to gardening pain-free thanks to these excellent secateurs, which makes them a top buy in our book.

Buy now from Amazon
Related: The best pressure washers for all budgets

What to look for when buying secateurs?

There are three main types of secateurs to choose from, each designed with a particular job in mind, so make sure you know what you will be mostly using yours for before purchasing. A professional gardener will probably have a pair of all three types of secateurs, for each eventuality.

Bypass secateurs have two blades that cut like scissors and are pointed so that they can get in among stems and branches. This type of secateur is best for cutting thinner stems up to a thickness of around 1cm. They are most suitable for flower stems and fresher green growth, so it’s important to keep them nice and sharp to ensure a clean cut and to help the stem heal afterwards.

Anvil secateurs have a different design and work like a knife on a chopping board. The blade slices through the stem or twig onto a block. This type of secateur is best for cutting through thicker, drier and woodier stems.

Ratchet secateurs can have either anvil or bypass blades. Their main feature is the ‘ratchet’ springs which make it easier to cut through a tough stem as you repeatedly squeeze and release the handles. This type of secateur is best if you don’t have strong hands, as you don’t need to make a cut in one go – it’s the repetitive squeezing action that gradually cuts through the stem.

Some secateurs have a more robust design than others making them more appropriate for tougher stems. Another consideration is the quality of the steel used. The stronger the steel, the sharper your secateurs will remain.

Related: The best garden furniture to buy this year

Which secateurs does Monty Don use?

Expert gardener Monty Don describes his Tobisho SR-1 Secateurs as one of his favourite gardening tools. Drop-forged deep in the mountains of Yamagata in Japan from high carbon steel, these high-quality secateurs combine a beautifully refined balance with a smooth, razor-sharp cut.

The face of the cutting blade is slightly hollow ground to reduce friction in the cutting action, giving a cleaner, easier cut.

Created from one piece of top-quality Yasugi steel, from blade to handle, they combine the shape of the traditional A-Type secateurs with more modern production techniques, resulting in a light and balanced but strong pair of secateurs that are comfortable to use all day long.

Neither type of secateurs is better than the other. Both are equally good for the task that they were designed for, so it’s important that you use the right tool for the job.

Bypass secateurs are most suitable for flower stems and fresher green growth while anvil secateurs are more appropriate for cutting through thicker, drier and woodier stems.

What are the best secateurs?

In our opinion, the best secateurs are the Felco Model 4 Standard Secateurs, a reliable and efficient precision-crafted tool from an expert secateur manufacturer.

Because we know that there’s nothing like a real recommendation, we first headed to the Mumsnet forums to find out which secateurs discerning Mumsnet users had bought for themselves.

We then did some research across the wider web, looking at which secateurs had won accolades or been featured in ‘best buy’ lists across websites and print media, and what customers reviews said about them.

Having collated all that information, we picked the secateurs we thought would make the best buys in several interest categories.