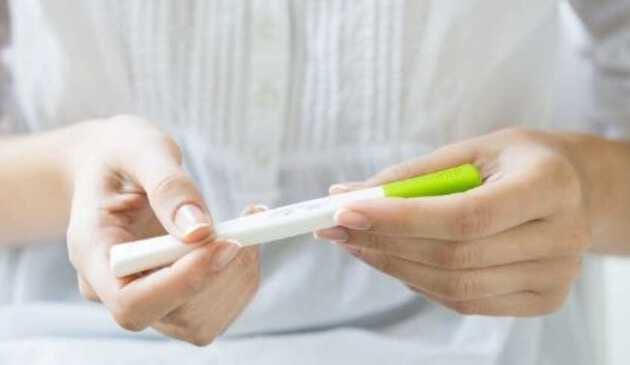 When you’re hoping to get pregnant, it can be useful to know when you’re at the most fertile point of your monthly cycle.

Ovulation takes place when an egg is released from one of your ovaries. As ovulation spans only a few days each month, it’s a relatively short window for scheduling in DTD (doing the deed).

The NHS advises that there are certain ways to pinpoint when you should be ovulating. One way is to work out when your period is due – that’s because ovulation usually occurs between 10 to 16 days beforehand.

Another way to pinpoint your most fertile days is to use a home ovulation test – also known as an ovulation predictor kit (OPK).

An ovulation test works by tracking your body’s production of luteinizing hormone (LH), a hormone that stimulates the ovaries. This hormone rises considerably 24 to 48 hours before ovulation, when an egg is released, which is known as a ‘LH surge.’

The most commonly OPKs test urine to measure for LH hormone and these tests make up the majority of our list. However, we have also included an ovulation monitor, which is rated highly by Mumsnetters and independent reviewers.

Here are the best ovulation tests for 2021. 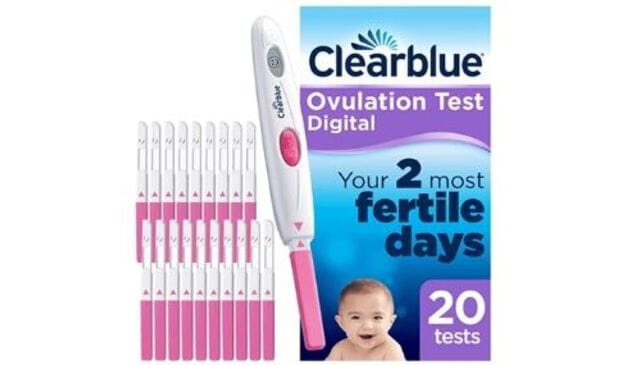 “I use the Clear Blue digital ovulation tests. I think they are very good.”

This test kit from Clearblue scores highly for accuracy with a promise of being 99% accurate. It’s also easy to use – simply urinate on one of the 20 tests in the kit and then insert it into the reusable monitor for your results, which should appear within three minutes.

You won’t have to faff about trying to detect lines either. Instead, there’s an easy-to-see smiley face which appears when your LH surges. The Clearblue Ovulation Test ticks so many boxes, it’s our best overall ovulation test for 2021. 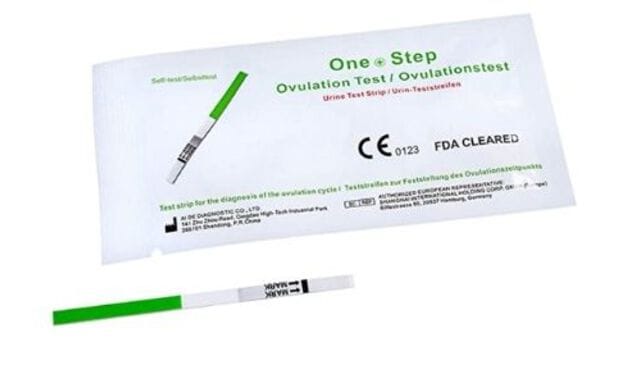 “One Step on Amazon. They work absolutely fine and, in my opinion, there’s no point spending more on a fancy packet. I get given Clearblue tests by the fertility clinic and have found they 100% correlate with the One Step strips.”

One Step is the best cheap ovulation strip test we’ve found. Each test strip is wrapped individually with the instructions clearly printed on it to avoid confusion.

Granted, it’s a bit faffy – you have to take care when testing by dipping the strip into a pot of 20ml of urine in order to get the most accurate results. But if you’re going to be testing regularly, One Step Highly Sensitive Ovulation Strips Test Kit is a purse-friendly option.

Related: 10 things to do before trying to conceive » 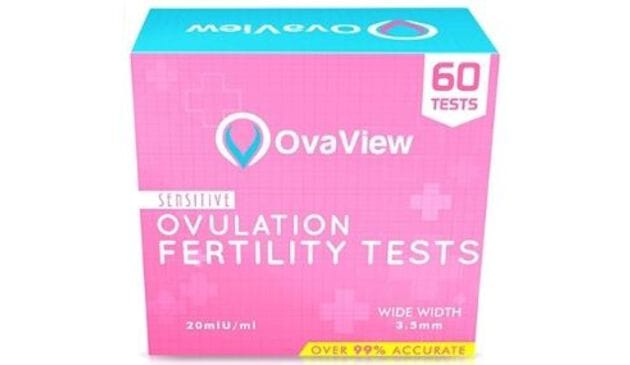 “I use Ovaview from Amazon.”

Mumsnetters rate these cheap as chips ovulation strips from Amazon. Another great budget buy, the Ovaview Sensitive Ovulation Fertility Tests Kit is eye-catchingly packaged and comes with very good reviews thanks to the test strips’ extra wide size, which makes them easier to use, and accuracy rating.

Considering you’ll get 60 test strips in the kit for the price, we think that this pack is pretty good value for money. 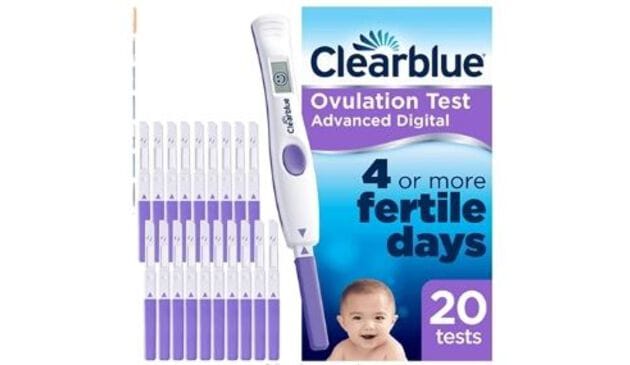 “I used the Clearblue Digital Advanced Ovulation Test and found it really good.“

With the added bonus of tracking an extra fertility hormone, this highly sensitive test is able to identify four or more fertile days. It’s pricier than most of its rivals, but Clearblue claims it to be at least twice as effective as any other ovulation test.

Safe for use by women with regular and irregular cycles, the Clearblue Advanced Digital Ovulation Test is 99% effective which means you’ll be in safe hands. 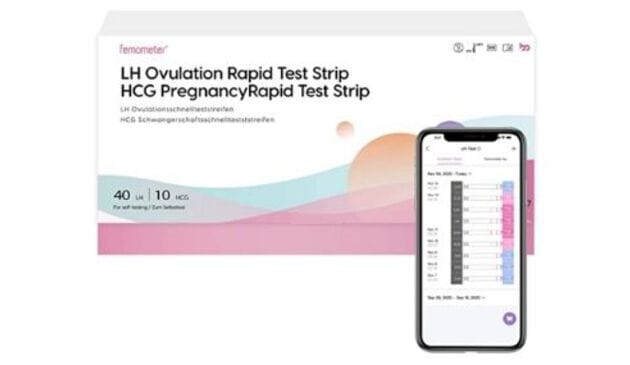 “I suggest using an app like Femometer to track levels.”

A clever ovulation kit which comes with its own app, Femometer Ovulation Test Strips are rated by Mumsnetters and by independent reviewers for their accuracy and simplicity.

The ovulation test displays two coloured lines on the test strip if you’re ovulating and, with 99% accuracy, you can be sure that you’re getting the right result.

You can upload the results to the linked app in order to track your levels and build up a more detailed picture of your monthly cycle. With this bulk pack also offering 10 pregnancy strips, it’s fantastic value for money. 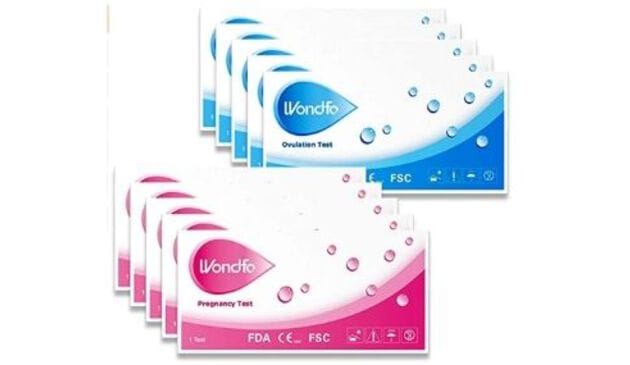 “The very cheapest test sticks are absolutely fine. They are extremely sensitive.”

The Wondfo Kit is remarkably good value for money and covers both bases, as it contains 50 ovulation tests and 20 pregnancy tests.

Wondfo isn’t exactly a household name, like Clearblue, but, as many Mumsnetters testify on our forums, brand isn’t always the most important factor to consider, so long as the reliability of the test can be trusted – and these are said to be 99% accurate. 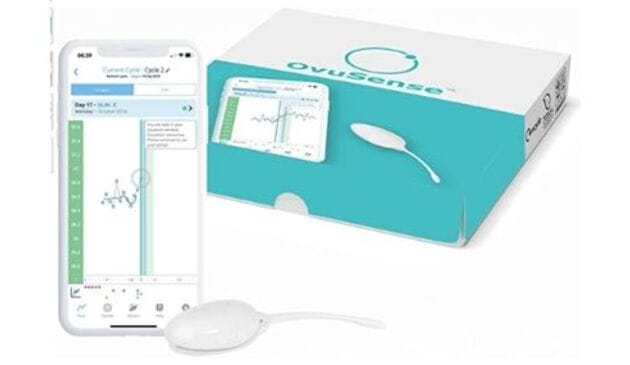 “I was diagnosed with PCOS after trying for a baby for almost three years. Although I'm not pregnant yet, my Ovusense has been invaluable to me and it's such a useful tool for anyone wanting to conceive, whether they have PCOS or not.”

This isn’t a urine test, but the makers of this vaginal sensor claim that it can predict when you’ll ovulate to 99% accuracy.

It’s used in a different way to the other tests in our link, which measure hormone levels. Instead, the Ovusense Fertility Monitor measures your basal body temperature to predict when you’ll ovulate – you just insert it like a tampon overnight so that it can do this. The next morning, all the information is downloaded to the linked app.

This ovulation monitor is much more expensive than the others on our list. But it’s the only ovulation test deemed suitable for women with Polycystic Ovary Syndrome (PCOS). Tests which measure LH levels are not advised for women with PCOS because they may already have a high baseline of LH in their system and so may get false positive results. 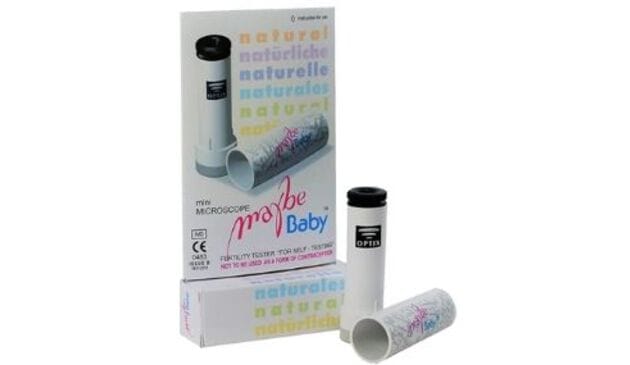 “I have never had luck with the regular urine ovulation tests, despite trying multiple brands. I use a reusable saliva OPK called Maybe Baby. It’s like a tiny microscope. You put saliva on it, let it dry and look at the pattern.”

Not everyone likes using urine tests but there is another option – an ovulation test that monitors your saliva. In the run up to ovulation, your oestrogen levels increase which causes the salinity (salt levels) of your saliva to rise.

The Maybe Baby is a mini microscope with a 52x power magnification lens that allows you to look at your dried saliva each day and monitor the crystallised patterns that are formed by increased salt levels – indicating that you’re due to ovulate.

Less messy than a urine test, this kind of ovulation test may take a bit of time to get to grips with but the benefit is that it’s reusable – and more eco friendly – and may work out cheaper in the long run.

What is an ovulation test?

An ovulation test tracks your body’s production of the luteinizing hormone which stimulates your ovaries each month. During the ‘LH surge’ which takes place around 24 to 48 hours before ovulation, when an egg is released, this hormone rises considerably and can be detected in your urine.

Ovulation tests are used in the same way as pregnancy tests – you either pee on a stick or dip the test strip into urine. You’ll either then see a line or symbol such as the ‘happy face’ displayed in the Clearblue Ovulation Test to indicate whether you are in your most fertile days of the month.

It’s best to use an ovulation test between midday and 8pm as most women experience an LH surge in the morning and this can be detected a few hours later.

It’s worth noting that an ovulation predictor kit will only tell you when you are likely to ovulate. It can’t determine your chances of getting pregnant or estimate how many years of fertility you may have left.

Are ovulation tests worth it?

If you’re struggling to conceive or would like to boost your chances of planning intercourse for your most fertile days, an ovulation test could be helpful. The NHS advises that using a combination of methods to pinpoint ovulation will probably be the most accurate.

These methods include using an ovulation test, working out the length of your cycle so that you pinpoint your most fertile days (which tend to be 10 to 16 days before your period is due) and being aware of changes to your cervical mucus and basal body temperature (BBT).

When should you start using ovulation tests?

Working out when to start using ovulation tests during your cycle can seem a bit complicated.

Generally, you should begin testing around three to four days before you think ovulation should occur.

How long after a positive ovulation test do you actually ovulate?

You should get a positive result with an ovulation test a day or two before you actually ovulate.

Can you get a positive ovulation test without ovulating?

An ovulation test could indicate a false positive if your LH levels surge without ovulation occurring. Polycystic Ovarian Syndrome (PCOS) can cause women to have a high baseline of LH so there may not be sufficient change in levels to monitor a surge.

Which ovulation test is the most accurate?

The Clearblue Ovulation Test is the best overall ovulation test. It promises 99% accuracy and takes just three minutes for results to appear.

One Step's Highly Sensitive Ovulation Strips Test Kit is the best budget ovulation strip we’ve found, and some Mumsnetters rate it as being as accurate and effective as more expensive brands.

Our ovulation test suggestions came from recommendations on the Mumsnet forums and from consumer reviews on the web. We consulted independent review and health sites, as well as checking NHS advice about ovulation and ovulation prediction kits to ensure we were bringing you an honest summary of ovulation tests in 2021.

Mumsnet has been helping parents make their lives easier since 2000 and, in those years, we’ve seen, tried and reviewed thousands of products.

We work hard to provide honest and independent advice you can trust and we spend hours scouring the Mumsnet forums and online bestseller lists to find products that real parents rate.

Transparency is really important to us and that's why we're always upfront about where we find our recommendations. We write about products that we feel offer the best value to most parents – the ones that our users would recommend to their own friends and family.

If you decided to buy something that we recommended as a result of our research, we usually (not always) get paid affiliate commission from the retailer where you make a purchase. But, if you weren't impressed with the product and decided to return it, we wouldn't make a penny.

Read next: The best pregnancy tests to try »

Swears By Getting Pregnant

Stay healthy during pregnancy with the best prenatal vitamins

Swears By Pregnancy Getting Pregnant