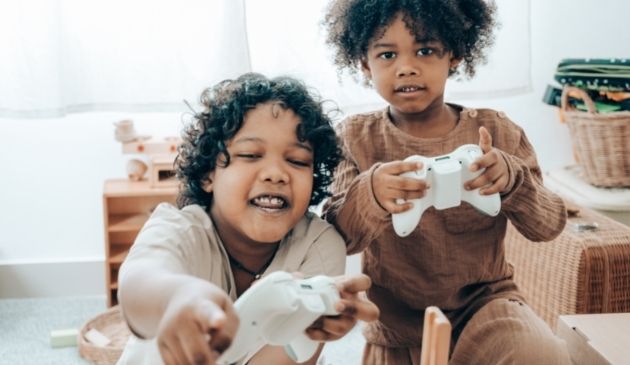 Games consoles often come with a bad reputation, but in a healthy environment, gaming has many benefits and can be a great way for families to bond.

But for those who aren’t particularly tech-minded, it can be difficult to know where to start when it comes to buying an appropriate games console. And it can be an expensive mistake to make too.

Here is our pick of the best game consoles for kids. 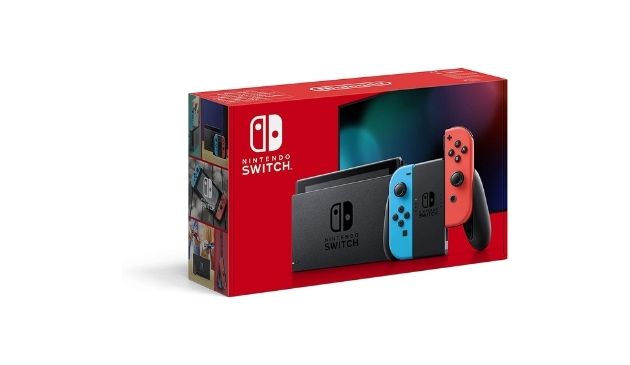 “The Switch is a fabulous family console. We got ours at the start of lockdown and it gets used loads.” MegBusset

“Definitely the best child-friendly console out there.” AdditionalCharacter

“They are quite expensive, but honestly worth it! We bought DD one a few years ago and she’s had so much use out of it… still going strong. One of the best gifts we’ve ever got her!” Nap1983

As far as Mumsnetters are concerned, there really is only one winner of the title of best handheld games console, and that’s the Nintendo Switch.

As well as hooking the console up to your TV, the Switch can be used in tabletop mode or handheld mode, meaning you can enjoy the home console experience pretty much anywhere - within reason. This portability, coupled with a battery life of up to nine hours, makes the Switch the perfect way to keep kids entertained on long car journeys.

The Switch has a variety of family-friendly games, such as Mario Kart, Animal Crossing and Pokémon, and is a great way to keep the whole household entertained during this dark and drizzly season. 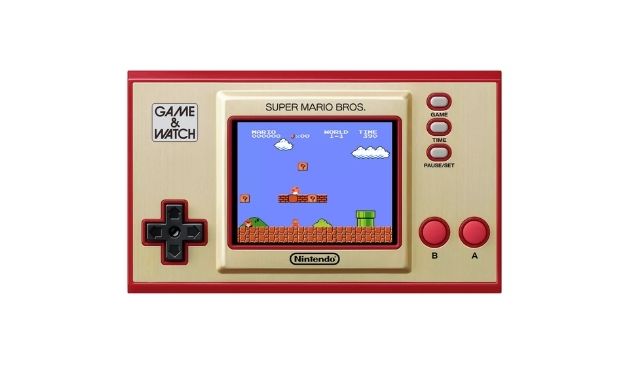 “The Nintendo Super Mario Game and Watch has been re-released for Mario’s 35th anniversary. My own DS has asked for it [...] My sister had an original back in the 80s and we loved it.” Blogdog

Those who grew up with Mario and Luigi will appreciate this blast from the past, while the straightforward gameplay of this family favourite means this game is suitable for young kids.

And if you enjoy this little trip down memory lane, then good news - the classic The Legend of Zelda is being released on 12 November and is available to pre-order.

“My DH has a Switch and I have a Switch Lite. I prefer the Lite as it’s a smaller handheld console and I found it easier to use than the switch.” MuchTooTired

The Nintendo Switch is great for holidays and travelling, but if you really want to streamline your tech, then the Nintendo Switch Lite comes highly recommended - and at a cheaper price point than its larger counterpart.

This handheld-only device has a 5.5-inch touch screen, integrated controls and can be synced up to no less than eight Nintendo Switch or Switch Lite consoles for local multiplay.

As the Lite is designed to be taken out and about, it can’t be hooked up to the TV, so you should consider an alternative if you’re after a family console for the home. 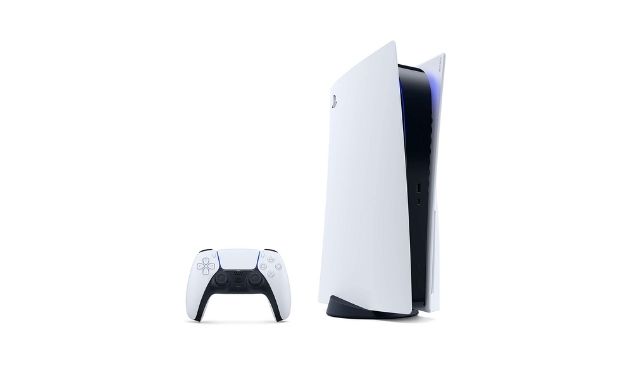 “The extra price for the PS5 is definitely worth it but they are still in short supply.” BlueFrog21

“My kids and nephews all got PS5s last year [...] Very happy kids all around.” fantastaballs

Smooth and speedy with sharp visuals, this sleek-looking console is the latest PlayStation to hit the market.

The DualSense wireless controller gives physical feedback from the gameplay, such as weapon recoil in a shoot 'em up, while 3D audio makes the PlayStation 5 a truly immersive experience. The controller’s built-in microphone also allows your kids to chat with friends with ease.

You can play using PS5 gaming discs or by digitally downloading games to your console. Of course you do have to find one in stock first... 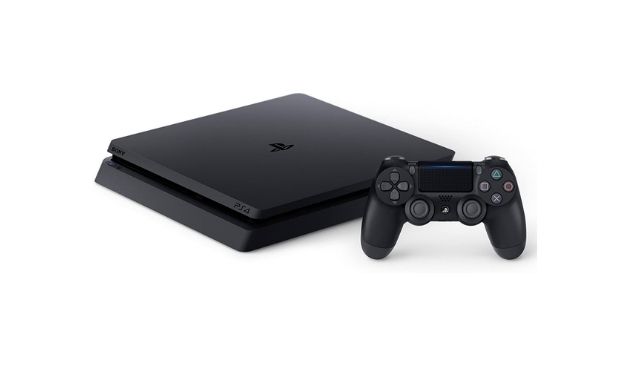 “We have a PS4 and 4 controllers and honestly it has been really good for family bonding playing stuff like Overcooked, Tower Fall, etc. There are more fun cooperative games around these days.” ThePlantsitter

Not the newest PlayStation on the market, granted, but the PS4 is still a popular choice among Mumsnetters.

This slimmed-down version of the PS4 does exactly the same as its predecessor, but it’s more compact and quiet, which most parents will appreciate.

All games are fully cross-compatible with PS4 and PS4 Pro, meaning children can still compete online in the same multiplayer ecosystem.

However one big downside is that the PS4 Slim won’t play any games from earlier generation PlayStations, so bear this in mind if you’re looking to upgrade. 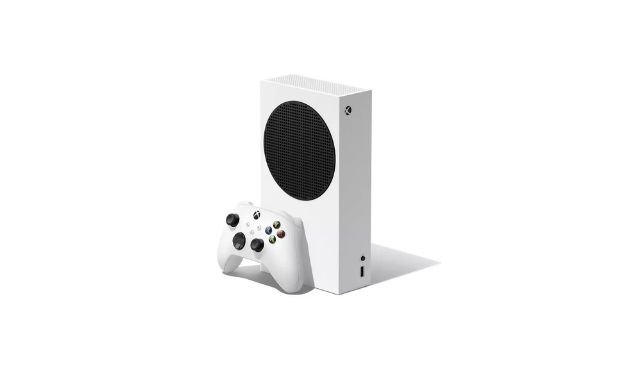 “Xbox is probably a good fit. I’d recommend getting the Xbox Game Pass - you pay less than £10 a month for access to a huge number of games. It’s saved me a fortune over having to buy them individually!” Icancelledthecheque

“Xbox Series S doesn't have a disc drive so it really works for those using the Game Pass (monthly subscription fee) or willing to pay only for downloaded games.” Possums4evr

If you’re looking to purchase a games console to be used by younger children, then the Xbox Series S is a good fit.

Considerably cheaper than the Xbox Series X, the Series S makes an ideal introduction to gaming. The free Xbox Family Settings app on Android and iOS makes it easy to manage your children’s screen time, block purchases and filter out age-inappropriate content.

The Xbox Series S is entirely digital, so there are no discs required. But be aware that you may need to purchase a Xbox Game Pass, giving you access to thousands of new and classic games, to get the most out of your console.

Buy now from Argos
Related: Take a look at the best kids' tablets 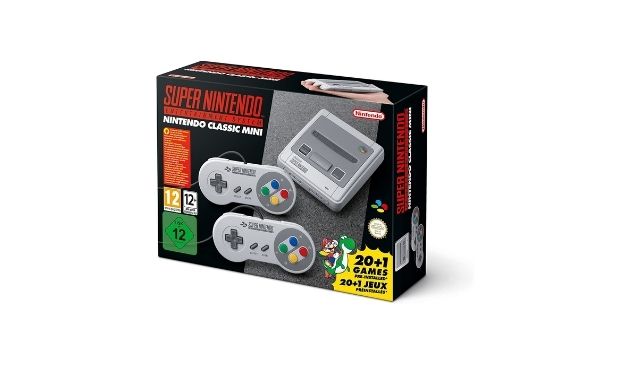 It doesn’t get any more retro than the Classic Mini Super Nintendo Entertainment System.

The console has the same look and feel as the original SNES, but is more compact. It comes with 21 pre-loaded games, including Super Mario World, The Legend of Zelda: A Link to the Past, Super Mario Kart and a host of other old-school favourites.

You’ll also find two controllers in the box, so you can dive straight in to settle some 29-year-old scores. 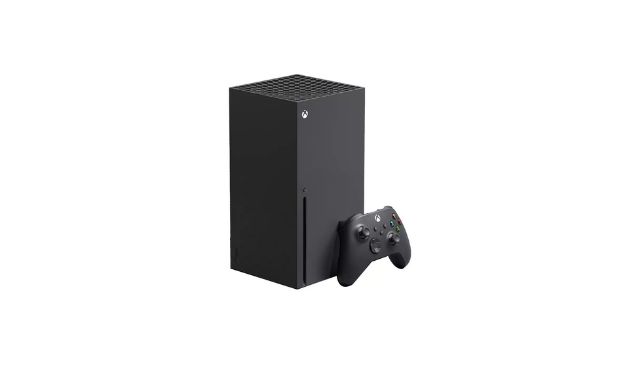 “Get her an Xbox. They’re the best for games, especially real feel, and encourage good hand-eye coordination. We have three and while my six-year-old is only on Minecraft and occasionally Fortnite, myself and my husband play Crash, Halo, COD, Uno, Forza, Need for Speed, Sonic Racing, Cars 2 and CTR. There’s loads of ‘cute’ kids’ games for the Xbox that are racing themed too, so it’s not all too grown-up, as well as Hasbro family game night which is awesome for Friday/Saturday nights.” ToffeePennie

The daddy of gaming consoles, the Xbox Series X is the fastest, most powerful Xbox to date. The console has a 1000GB (1TB) hard drive capacity and the loading speed is seriously impressive.

The Series X plays thousands of games from four generations of Xbox, including Xbox One, Xbox 360 and Original Xbox titles and, if that’s not enough, then you can splash out on an Xbox Game Pass Ultimate for another 100-plus titles to keep everyone busy.

If you can get past the eye-watering price tag, the Xbox Series X could be a great investment for the whole family.

How do I choose the best game console for kids?

When buying a game console for kids, there are a number of things you should consider.

What is the most popular game console?

The Nintendo Switch is the most popular game console and the best handheld game console out there right now. Parents rate it highly for family fun and well as the fact that it offers great value for money.

We scoured Mumsnet forums to find out which games consoles our users rate highly - and which ones they weren’t impressed by.

We also consulted consumer watchdogs and took note of what they looked for in games consoles and which brands they were recommending to their readers.

Finally, we collated all that information and then looked at other online reviews to see which games consoles had received the best recommendations.

Best laptops for kids in 2021: top picks for primary school and beyond

Swears By Swears By Lifestyle