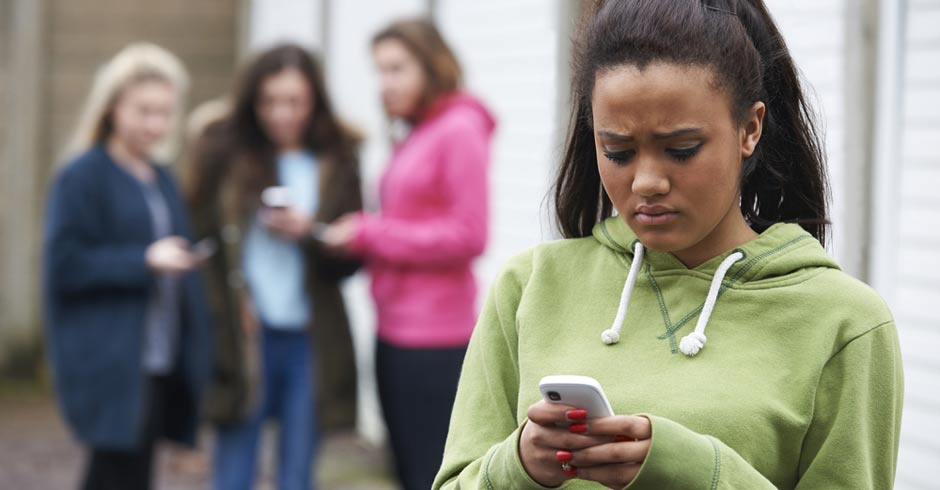 Cyberbullying is the use of digital communication tools (eg the internet/mobile phones) to make another person feel small, angry, sad, or scared – usually repeatedly. It could include sending hurtful or aggressive texts or instant messages, posting embarrassing photos or videos on social media, and spreading rumours on chat forums.

As with all bullying, it can be hard to know what is actually cyberbullying and what could be a friendship issue or even a disagreement that's just spilled into a digital forum. One way to tell is to consider whether the offender is being hurtful intentionally and repeatedly. If the answer is 'no', it might mean that they simply need to learn better online behaviour. Here, a chat to the school or parent might be the answer – or you could try to help your child deal with it themselves. However, if the answer is 'yes', it's important to take it seriously.

West Mercia Police have created an advice sheet for parents, which covers cyberbullying and online harrassment.

Where does cyberbullying happen?

While our children can benefit hugely from all that the internet has to offer, it's a sad fact that they can experience cyberbullying anywhere there. Apps that allow users to remain anonymous – such as Kik Messenger and Yik Yak – have been linked to high-profile cases. But plenty of cyberbullying happens over text, instant messaging, and in social media comments, too.

It's impossible to prevent it entirely without denying your child access to friendship groups and experiences their peers are part of, but you can help them spot potential issues as they develop, and guide them through avoiding or handling them. Knowing how to respond yourself will help you contain and deal with a situation. 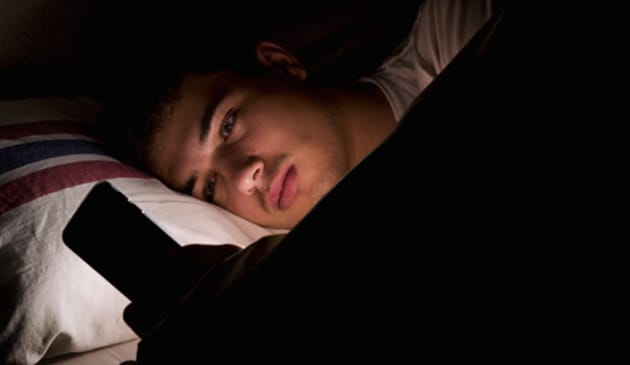 How likely is my child to be a victim of online bullying?

Some children do seem to be more vulnerable than others. Anecdotally, it happens more often to girls than boys and, as with any form of bullying, children who have disabilities, are LGBTQ+, or are overweight are more likely to be targeted than others. However, there are lots of things you can do to help them handle it should it happen.

One of the most important things is to be open about bullying from the start. Talk to your child about it when they start using devices, telling them that they should never talk to anyone online without you there. When it comes to older children, let them know that it's important they tell you if they ever feel intimidated or upset by anything online.

How will I know if my child is being cyberbullied?

Let your child know that they can always talk to you, and have regular conversations about online safety. Of course, it may be the case that – in spite of this – your child will still keep it to themselves.

There are signs to watch out for, such as being withdrawn, secretive, fixating on digital devices, and having a constantly buzzing phone. You might also spot some dramatic changes in behaviour – they might seem unusually anxious, angry or overtired.

My child is being bullied online – what can I do?

First of all, take a deep breath. Realising that your child is being targeted is gut-wrenching, but staying calm and rational will be better than anger and retaliation in the long run. It will also reassure your child that you are in control and that this is something you can deal with together. In the first instance: 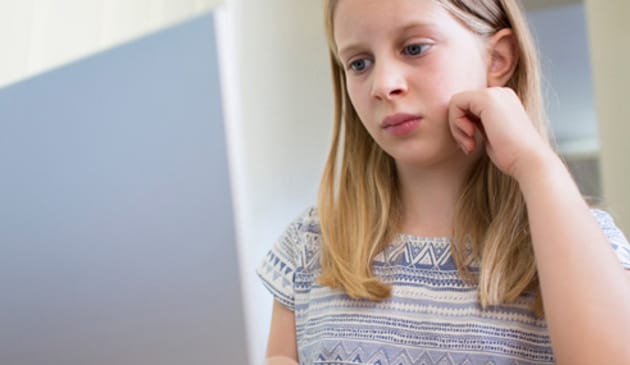 What should I tell my child to do if she is being cyberbullied?

Young people often feel frozen in a situation, unsure of the best course of action. Here are some simple steps they can take if they're being cyberbullied.

If younger children think they're being bullied, they should follow the rules of STOP:

Stop using the device. Tell an adult you trust what happened. Get the OK from an adult before going back online, or returning to the website where the bullying happened. Play with other children who don't take part in cyberbullying.

For older children, you can go into a bit more detail and allow them a little more autonomy, but here are some basic rules:

How do I report cyberbullying?

Recently, social media sites like Facebook, Instagram, and Snapchat have become more serious about helping victims of cyberbullying on their platforms. Most allow you to block, mute, or report bad behaviour. Instagram now has a feature that allows users to restrict another user, which protects your account from unwanted interactions. If you restrict someone they will not be notified, so the situation won't be escalated.

If your child has encountered bullying on a website or in an app, go to the company's site and look for their community guidelines, parent info, safety tips, or similar. It may tell you how to block the bully or change the setting for who can contact your child, as well as how to report the behaviour.

When bullying is happening via text message, you can call your mobile phone provider to report the number. You may be able to block it or you could change your child's number. Many carriers offer additional anti-bullying features for a fee.

If the abuse continues after that, ask for help from your child's school and anyone else relevant in the community. 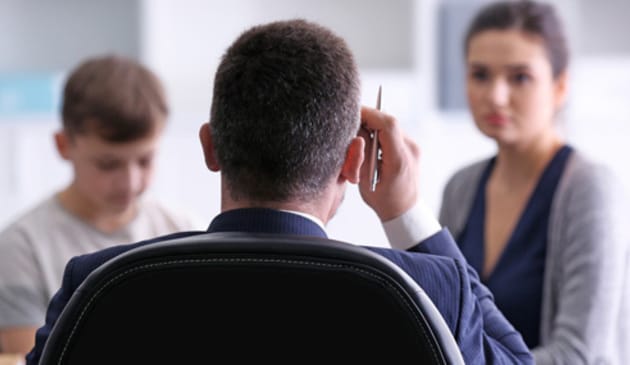 Can I report cyberbullying to the police?

If you get no joy there, you can report it to the police. There's no law against cyberbullying, but some activities could be criminal offences under a range of laws. These could include the Malicious Communications Act 1988 and the Protection from Harassment Act 1997. If the content is sexual, targeted at your child’s ethnicity, gender, disability, or sexuality, or if threats are being made to harm your child or incite your child to harm themselves, then this should be reported to the police.

The response you receive will depend on the nature and severity of the incident, whether it’s likely a crime has been committed, and whether your child is at risk of harm. You can also contact the Children’s Services department in your local authority for more help and advice.

Should I get involved or will I make it worse?

Obviously, if you believe there is any threat to your child's safety, you need to get involved. But if your child is really adamant that they don't want your help and that your involvement will make things worse, try to work through the situation together but with your child in control. Collect as much information as you can from them by talking through exactly what happened, and agree with them on what they're going to do and what the outcome should be. Agree to leave things for now, but don't be afraid to get involved if the situation continues or worsens.

Interestingly, research shows that peers sticking up for each other is one of the most effective defences against bullying, so encourage your child to ask friends for support, too.

What should I say to the parents of a cyberbully?

Sometimes a face-to-face chat can help you resolve the issue together. Try some of these suggestions:

How can I help my child deal with less serious dramas on social media?

There's a difference between cyberbullying, which involves repeated harassment, and the everyday tiffs that can occur between friends on social media or instant messaging. However, it can still feel like bullying to a child, so it's important to listen and hear their concerns.

It might be an unkind comment on an Instagram post that others have joined in with or laughed along at, or a discussion on WhatsApp that's taken a sour turn. It's usually not instigated in order to cause hurt; more often it's about playing to the gallery.

In that way, online dramas are less insidious than cyberbullying, but they can escalate quickly. We all know that no one creates drama like a group of teens or preteens, but be aware of how 'big' something can seem to your child. To most of us parents – many of us having grown up without social media – it can all seem rather silly, but it might loom large in your child's life. It can sometimes escalate into a verbal or physical fight in real life, too. 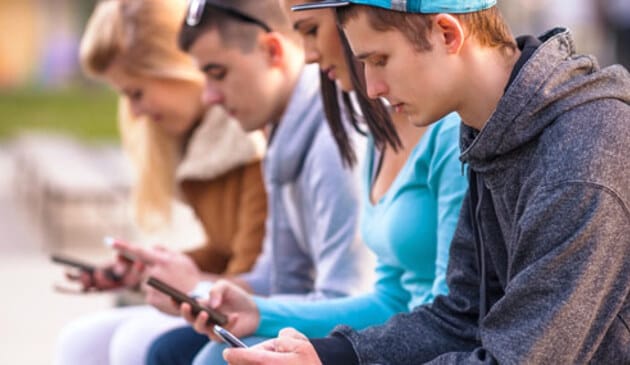 Help your child to set boundaries, making them understand that they don't need to continue to respond. With constant access to texting and posting online, children need a break from the back and forth that can keep online dramas going. Have some device-free time every day, but perhaps even more so when there's an online row going on so that they have a chance to cool off.

Where possible, and without sounding too contrived if you can manage it, try to instigate conversations about conflict online and in the media. For example, it's worth them noticing (with a little nudge from you) that many reality TV shows present extreme behaviour as entertainment and some celebrities engineer conflict online. This is done to build audiences and make money and isn't a true representation of real life.

My child is a victim of trolling – what can I do?

People who love to stir drama are a fact of life – both real and virtual. But being trolled online can feel very threatening, and the fact that these bullies are able to hide behind an anonymous persona can make them even more intimidating. Here are some tips to help your child deal with the emotional impact of online trolls:

I think my child might be a cyberbully. What can I do?

Firstly, try not to feel guilty; you can do everything right and it can still happen. Children of about eight and nine experiment with behaviour and don't necessarily understand the consequences of their actions. Many young children also don't fully see the difference between joking and bullying. So as well as teaching them how to use the internet appropriately, talk about empathy, compassion, and integrity.

Instagram is currently rolling out a new 'comment warning' feature that notifies users when their comment may be considered offensive before it's posted. The aim is to encourage users to pause and reflect on a potentially hurtful comment before posting it. Similarly, you could talk to your child about the importance of reading back a comment they've written before they post it, and how to decide whether it's appropriate.

Children with a history of face-to-face bullying sometimes also start to cyberbully, so if you know that bullying has been an issue for your child previously, it's worth keeping an eye on them. These are some signs that could point toward a cyberbullying problem or another emotional issue that needs attention:

Where to get help and counselling for online bullying

Experiencing bullying can place a huge strain on a child. Occasionally, it can contribute to depression, anxiety and self-harming in teens and preteens. As a parent, you should always take it seriously and, if you have any worries about your child’s mental or physical health, see your GP.

If you need help talking to them about mental health, both the Mental Health Foundation and Mind have some advice.

For information about counselling services in your area, visit the British Association for Counselling and Psychotherapy and make sure your child knows about helplines like ChildLine.