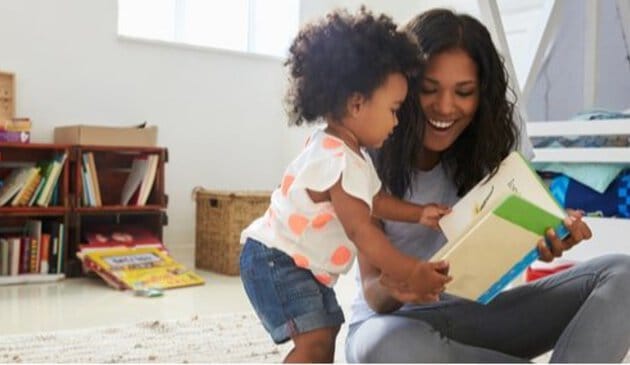 I am desperate to work… but because we would receive only a token amount of assistance with childcare costs, we would be significantly worse off if I got a job. We simply can't afford for me to work.

"Mumsnet is an online community of around 7 million mums, about 80% of whom are working, and childcare, as you might imagine, is a huge topic on our forums.

As we see from the above quote, we see on Mumsnet every single day that women are often forced out of work and out of senior positions due to childcare amongst other issues which affect working mums.

This not only wastes their potential but also leads to pension inequality that leaves them poorer in their old age. Women in their 60s have an average of £51,000 in their private pension compared with the £156,000 for men, according to the Pensions Policy Institute.

According to last year’s Coram childcare survey, part-time nursery care for two pre-school children costs an average of £13,434 a year. It’s even more in London and the south-east.  The same survey found that only 56% of councils in England report having enough childcare for parents working full-time.

There’s been a welcome focus on the provision of some free and subsidised childcare over the past decade or so, but the truth is that this provision leaves gaping holes. The first, is between the end of most mothers’ maternity leave at around nine months and the beginning of subsidised childcare provision at the age of 2 or 3 (depending on family income). It’s this period, during which most families must pay full-cost childcare, that many women decide the job is not worth the candle, because their childcare costs are greater than or equal to their wage.

Even when the ‘free hours’ kick in, they’re unrelated to the schedules of ordinary working life. The free hours are available just 39 weeks a year, they’re often available as just three hours in either the mornings or afternoons only, the schools that provide them often don’t offer wraparound provision, and they usually finish by 3pm. Decently paid, skilled work that allows you to work between midday and 3pm for 39 weeks a year is extremely rare.

‘Free’ childcare also appears not to be adequately funded, meaning that by the time the invoices arrive they don’t feel like ‘free’ hours at all. 40% of Mumsnet users who use the 30 hours offer say they've been asked to pay additional or new charges for things such as lunches and nappies.

There are literally thousands of posts on Mumsnet from women whose careers have had to be drastically curtailed as a result of inadequate childcare provision.

I was due a promotion and pay rise to go alongside it. The promotion has been given to someone less qualified and experienced who is able to “be more present”.

The only way forward with four children was for me to scale down my career completely and work very part time. I now work one 12 hour shift a week.

I took a massive pay cut to get a "flexible" job. I work when the kids are in bed to keep on top of it.

In a survey of working mothers on Mumsnet, one third had been asked at job interviews whether they had children, and one-fifth had been asked about their childcare arrangements. Both of these questions are discriminatory and shouldn’t be asked in job interviews, but as many of you will know pregnancy and maternity discrimination is rife and rarely challenged in the workplace.

So, even before March 2020, the situation was appalling for working mothers. And then we went into a national lockdown.

Everything we saw on Mumsnet told us that the impact on mums, and on working mothers in particular, was catastrophic. According to Mumsnet data from late 2020, nearly one-third of mothers in paid work or seeking work expected to have their earnings reduced in the following six months, and 10% expected to leave or be forced out of the labour market in the same period of time. Of those who had been in paid work at the beginning of March 2020, 10% had had their working hours reduced, and 11% were earning less in October 2020 than they had been in March 2020.

Home-schooling younger children - by which we mean most of primary school age or younger - fell almost entirely to mothers. In our November 2020 survey of over 1500 women, 79% said that ‘responsibility for homeschooling fell largely to me’.

On Mumsnet we have a swearometer which tracks the use of swear words and is a useful indicator of times of additional stress and anxiety for our users. Instances of the f-word rose dramatically each time there was an announcement about school closures, or the delay of schools re-opening: for example there was a more than doubling in the use of the f-word between the beginning of January 2020 and the first lockdown announcement at the end of March 2020. You can pinpoint the timing of government announcements about schools just by the peaks in our Swearometer. On top of that there was a 30% increase in use of the word despair over the lockdown period. In our November 2020 survey 69% said a lack of childcare during the COVID crisis had had a negative impact on their mental health, with many users saying they requested to be furloughed in order to keep on top of home schooling and their family’s mental health.

Parents of children with disabilities or special educational needs find themselves in even more difficult positions as fewer nurseries and childcare providers are open to them. For some parents going back to work is just impossible, even in normal times. This was even worse during lockdown, with one of our users writing:

My manager was already unhappy with me working part time but homeschool and the additional limitations around having a child with SEND has destroyed any chance of progression in this post. I received a poor performance review as "others are coping with the pandemic"

Around 4/5ths of women in our November 2020 survey said they cannot do paid work without childcare. Yet childcare and homeschooling as issues were barely mentioned or taken into account in pandemic policies by ministers. After the first lockdown, there was more focus on re-opening pubs and building sites than there was on re-opening schools. It’s not a coincidence that 3 out of 4 Mumsnet users also said that they felt women’s voices were not heard at the top levels of government.

Childcare costs affect women and our ability to fully participate in society and in the workplace. Countries with better childcare provision have higher rates of female employment and female leadership. If the childcare system is not properly supported women end up paying the price. Covid has exposed the gaps and the fragility of how families were coping with a deeply imperfect system, but the problems were already there.

77% of women in our survey don't think the government does enough to support parents with the cost of childcare, and 47% agree employers should contribute more to the cost of childcare. Also, 88% said they thought childcare was essential infrastructure, just like roads, rail and broadband, and needs similar political focus and long term investment. 81% say that the government’s plan for economic recovery must be backed by childcare funding.

As a Mumsnet user remarks,

“Having the audacity to become a mother seems to be the death-knell for many women's careers even now.”

While covid exposed just how delicately balanced mothers’ lives are, like any crisis it’s also an opportunity - among other things, to transform our childcare system. Working mothers urgently need subsidised childcare options as soon as their maternity leave comes to an end; localities where there is not enough childcare need to have urgent funding to lay on more provision; and the 30 hours system needs to be reviewed so that it is more flexible, bears more relation to the realities of working life, and is adequately funded.

It’s impossible not to comment on fact as evidenced by the make up of  this zoom chat today childcare is seen as a problem for mothers. We need proper, use-it-or-lose-it, paid paternity leave to tackle the persistent assumption that when children need care, it’s mothers (not fathers) who have to sacrifice their careers, their salaries, their security in old age, and their mental health. When the childcare system is not properly supported, women end up paying the price."