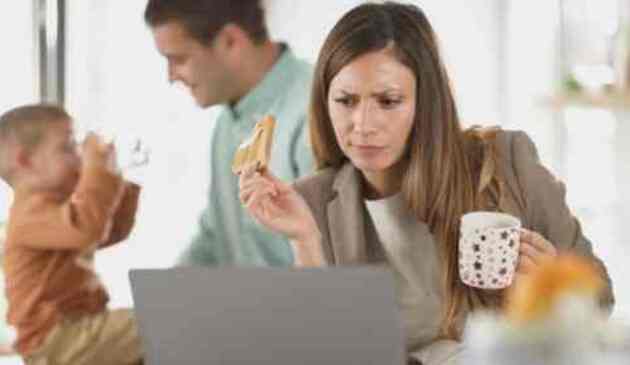 In a Mumsnet survey of over 1500 women, 76% said that the pandemic has had a negative impact on their own mental health. 79% agreed that ‘responsibility for home-schooling fell largely to me’ under the last round of school closures and 77% agreed that ‘it was impossible for me to work uninterrupted’. Of those who had been in paid work in March 2020, 70% said they had struggled to balance work and childcare at home.

As one Mumsnet user said yesterday, “For the first time since all of this started I just sat and cried. It feels like there’s no end to any of it. I’m usually good at finding the positives but I’m struggling.”

Worries about money and work are also having a severe impact. 29% of those who are in paid work or seeking work expect to have their earnings reduced in the next six months and 10% expect to leave or be forced out of the labour market in the same period of time.

A parent whose children are in secondary school wrote yesterday, “There is nothing in my children’s lives. It’s all been taken away again.They have no one to see and nowhere to go. And they know how long it went on for last time.”

Another wrote, “As an adult I can happily cope as long as I know what will happen. I really feel for kids who have been left up in the air. I don't ever want to hear the government say they care about mental health ever again.”

Analysis of Mumsnet forum data from September to the present day shows marked spikes over the past few days in the use of words associated with distress, anxiety and hopelessness.

Over the past 24 hours users on Mumsnet have expressed their frustration and stress in no uncertain terms:

“I’m really not sure I can cope with two special needs kids at home, one of whom requires constant supervision, a teen, my job and my husband working. I might be begging the school to take the kids even for a bit. I can’t homeschool either of the two with special needs as they struggle to work at home. I don’t know where the light at the end of the tunnel even is”

“I feel pretty despondent. My husband’s business will go under, our son is missing loads of school and the chance to make friends. I don’t know what to do.”

Mumsnet Founder Justine Roberts said: “Covid-19 has had a sudden and catastrophic impact on women, and yesterday’s announcement has left many of our users devastated and fearful about how they will cope. Thousands of women will once again have the impossible task of juggling work, childcare and home-schooling. Many will be furloughed, laid off or forced to reduce their hours while others will be catching up on work into the wee hours after the kids have gone to bed and will simply be exhausted and miserable. Whilst plenty of dads will suffer too, all the evidence shows that this will disproportionately hit mothers. During the last round of school closures mothers were able to do just one-third of the uninterrupted paid work hours that fathers were able to do. It’s time for dads to step up and do their fair share of home-schooling, housework and childcare.”

Survey of 1,517 female Mumsnet users, between 28th October and 26th November 2020. 94% of respondents had at least one child or were pregnant. 9% are currently or have been pregnant since 1 March 2020. The data is not weighted.

Investing for children: Why you should start building your child’s financial future, today

Children Preparing for a newborn Swears By Family

Sex during menopause: how sex can change and stories from Mumsnetters