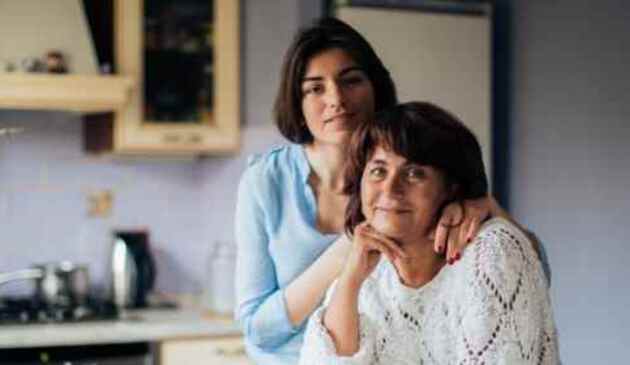 ‘Well, when I heard my MP had voted against school meals – I would never ever vote for them, they have no idea what a difference this can make when you are trying to feed your family.’ C2DE mum, North of England

‘They have no reality of what it’s like for us at all, with a wage they’d laugh at and throw on a night out. They’re not real people no matter what party they’re from.’ ABC1 mum, North of England

82% of the whole sample said that lockdown had been harder for women, and especially for mums. 90% agree that lockdown is taking a big toll on the mental health of children and young people, and a frightening 49% of C2DE mums (and 40% of the entire sample) feel pessimistic about their mental health over the next year or so.

‘I am a single mum, my boys' father has chosen not to see them anymore, and I never get a moment off. I would just like a weekend off with no responsibility for cooking, cleaning, laundry etc. It's just nonstop. Even when they are in bed, I am just finishing up my chores and prepping for the next day.’ C2DE mum, Wales

‘I was taking sertraline as a result of the divorce anxiety and came off that in the summer, but I’ve recently asked my doctor to prescribe me Xanax because I have days that it all feels too much, or nights where my mind is racing and I can't sleep. I do do exercise – I walk most days, but it's been a real struggle to keep the kids active.’ ABC1 mum, London

Mothers across the board are particularly worried about future opportunities, both for them and for young people:

‘[Brexit] is going to make things difficult […] when I was younger, I went to live in Spain for a bit because I could, so the ease is what will be lost and that’s sad for our children. I’m not worried about food prices or holidays, but employment will be harder.’ ABC1 mum, North of England

‘There’s quite a few companies gone bust. Carillion used to be here, but they went bust and they were one of the biggest employers and there was a bank as well, Birmingham Midshires… there’s not a lot of big companies here like there were before.' C2DE mum, Midlands

Mumsnet CEO and founder Justine Roberts said: ‘The last year has set women back on almost every front. Their employment sectors have been more affected; they’re more likely to have been furloughed or lost their jobs; they’ve been asked to attend pregnancy appointments and give birth almost entirely alone; pregnancy and maternity discrimination has affected thousands of working women; and they’ve taken on an unfair share of home schooling, childcare and other unpaid caring work. And in almost every way, women on lower incomes are even more badly affected. It’s no surprise that women have concluded that nobody in Westminster is looking out for them. With 58% agreeing that ‘female leaders fare better in response to a crisis’, we need a Women’s Strategy with buy-in at the very top if the government is serious about regaining women’s trust.’

Deborah Mattinson, co-founder and Joint Chair at BritainThinks said: ‘In some ways the pandemic has united us, but in others it has highlighted division and inequality. Mums feel that they have had a tougher time through lockdown and their feelings of pessimism are more acute because they feel that politicians are out of touch with the harsh realities of their lives.’

Research conducted by Mumsnet and Britain Thinks from 2nd February to 1st March 2021. Mumsnet polling and discussion threads were conducted with a sample of 1,486 Mumsnet users from across the UK. BritainThinks conducted a national omnibus poll of 2,103 UK adults. Six focus groups were conducted with ABC1 and C2DE mums in the North of England and Midlands. Mums were recruited via Mumsnet and snowballing.