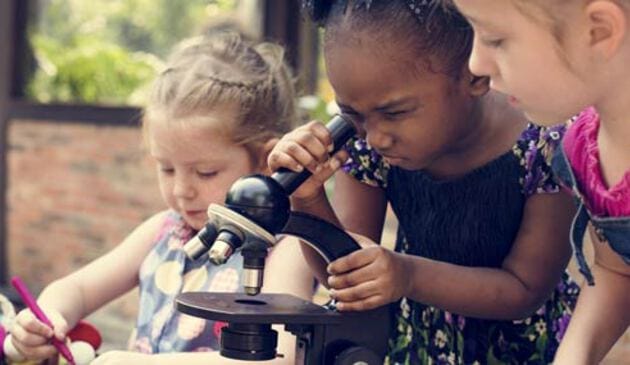 Whether you’ve got a budding Einstein on your hands, a coding queen or a future architect, we can guarantee that there’s a STEM toy, game or kit out there that’s been designed to harness your child’s interest and deepen their learning.

STEM (science, technology, engineering and mathematics) or STEAM, which it’s sometimes referred to (the ‘A’ stands for art), is a hot topic on the Mumsnet forums, not least because of the overwhelming amount of robots, coding toys, science kits or STEM-branded toys in today’s marketplace.

It’s certainly a buzz word among parents, who would rather spend their hard-earned cash on toys their children are likely to engage with, learn from and enjoy, rather than one-minute-wonders that will be shoved in the toy cupboard after 24 hours.

Here are the best STEM toys, as recommended by parents. 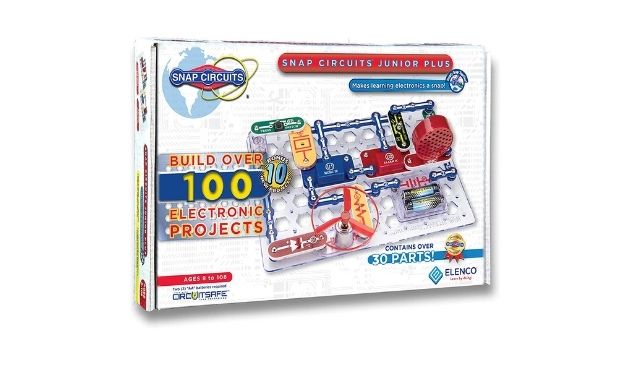 “We got a Snap Circuits set for DS when he was about eight. He loved it and it still gets used regularly three years later.” TheOnlyWayIsUpBaby

Experimenting with real electric circuits to construct working radios, alarms and doorbells goes beyond child’s play, which is probably why the Snap Circuits Junior Plus holds such appeal for children aged eight and over - and has remained such a firm favourite among Mumsnet parents too.

Using colour-coded components that clip onto a board with press-stud-style fastenings, children can experiment with connections, signals and inputs to understand how electronic circuits work.

The instruction cards include images which clearly illustrate how to build over 100 projects, starting with an electric light bulb that can be switched on and off and building up to a delayed-action fan. Once your child has built up some confidence – and dealt with a few short circuits along the way - you may find that they begin creating their own weird and wonderful devices.

But if the idea of playing with electricity makes you nervous, rest assured that the circuits contain patented technology – known as Fuse Technology -  to minimise risk and keep children safe.

The whole set is easy to pack away, and each part has its own space in a moulded tray, which adds another element of learning into the mix, as your child matches the part with the shape in the tray.

Children are natural scientists and love to discover the world around them. This chunky microscope, which has been designed for little hands by a scientist and mother of two, is the perfect STEM toy for preschoolers.

They’ll be able to get up close to nature as they study leaves, blades of grass, insects and pebbles through this 8x magnification microscope.

It has an extra-large eyepiece so that little ones can see through the lenses without closing one eye and a large push-button light for up-close discovery. Focusing might need some adult help, as it requires twisting a large knob but, generally, a three-year-old will be capable of using this science tool independently. 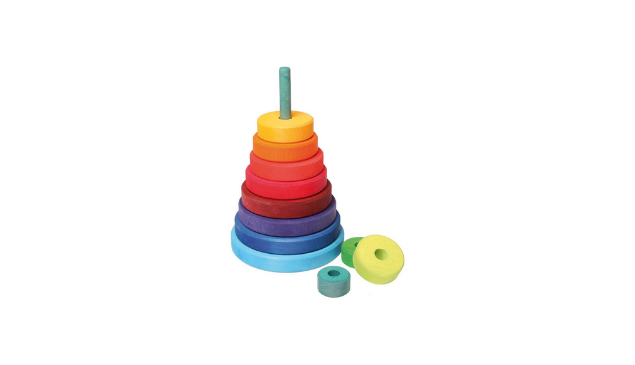 Stacking cups and towers are the go-to toys for this age group. You can buy a cheap plastic set for under £5 and it will still have play value. But while this version is expensive, the hand-crafted wood has a sensory appeal that doesn’t compare to plastic – and will keep your little ones coming back for more.

Babies are drawn to the muted rainbow colours, which promote calm, as opposed to garish bright colours which can be overstimulating. It’s made from lime wood and is naturally stained using non-toxic, water-based colour, which makes it safe for your enthusiastic one-year-old to chew on.

Threading the disks through the pole may take some practise, but as your baby masters the art, they will be building up the small muscles in their wrists, which is great for everyday skills such as feeding, dressing and writing. 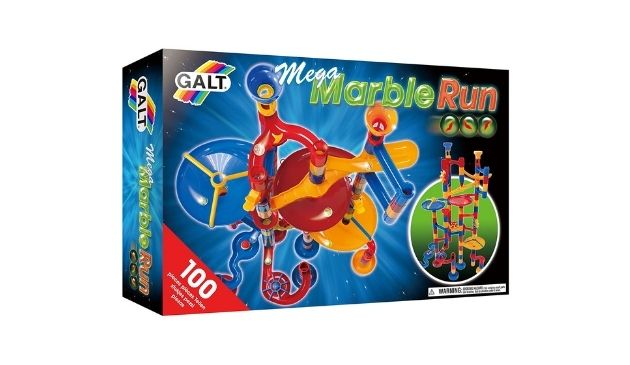 “Galt Marble Run is brilliant from age three and you can keep adding to it. My nine-year-old still loves it too.” Oly4

The 100-piece Galt Marble Run is highly rated by Mumsnetters for its sturdy design, the ease in which the parts click together, and the fact that it can withstand carpeted and wonky floors better than its competitors. Despite being plastic, one Mumsnetter, NannyR, says that the same set has been passed down through the generations for 20 years, making it a long-lasting plastic buy rather than a single-use toy.

It comes with plenty of pieces to make large, complicated runs, but you can start out building smaller ones using the diagrams included. There are some fun fancy parts, such as the circular stations, which send the marbles spinning round and round.

The instructions are quite basic, so your child will probably soon tire of them and start building their own constructions, which is where the engineering element comes in. To build a run from the ground up, they’ll need to think about balance, stability, structure and where the marbles will go. Remember, part of the fun – and learning - is when it collapses and your child has to rebuild it and test out theories to make it even stronger!

Buy now from Amazon
Related: The best audiobooks for kids of all ages 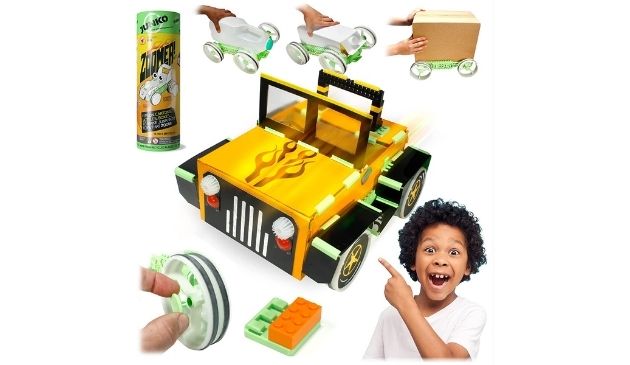 Sustainable toys might be niche but plastic-free choices are in demand. The JUNKO brand encourages your child from age six upwards to upcycle the likes of milk cartons and yoghurt pots - you name it - into toys.

The Zoomer Toy Car Kit includes an extendable four-wheel frame which fits around all shapes and sizes of junk. The car chassis can be anything from a shoe box to a plastic milk container and it’s held onto the frame with magnetic clips, which are strong and easy to use.

An elastic band mechanism powers the wheels and allows the car to zoom along the floor. In order to move again, it has to be re-threaded onto the wheels.  There are some nice touches, like the glow-in-the-dark wheels, the hidden rare earth magnets and the comic, which is full of silly jokes with an underlying eco-message. 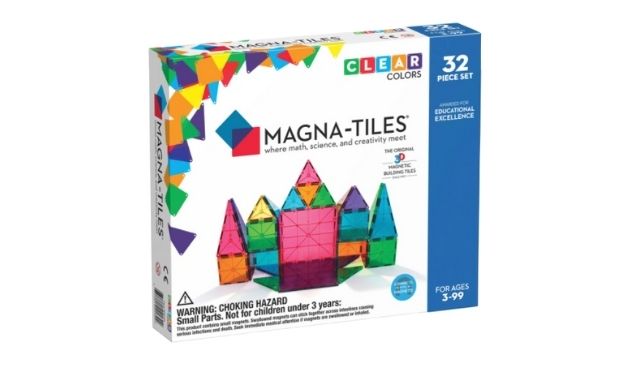 “A vote for clear-coloured Magna-Tiles here - great for all ages. My DS plays with them everyday after 1.5 years and they’re a hit with play dates!” wellingtonsandwaffles

If you’re looking for ideas to entertain budding young engineers, Magna-Tiles are hard to beat. The set includes 32 colourful pieces - two large squares, 14 small squares, eight equilateral triangles, four right-angle triangles, and four isosceles triangles. Each tile has a thin magnet along the edge that snaps together to make 2D and 3D objects.

Although this set is recommended for children aged three and over, there’s plenty of play value for younger children – and with the smallest tiles being three inches wide, they’re unlikely to be a choking hazard (although we would always recommend adult supervision).

Under-threes might not have the dexterity to build a six-story building or stables for their toy horses, but they will have plenty of fun making abstract shapes. It’s the ideal STEM toy to learn about creating stable structures – and how to support them if they’re unstable. It’s also great for getting the whole family involved.

Buy now from Smyths Toys
Related: The best and most popular fidget toys according to parents 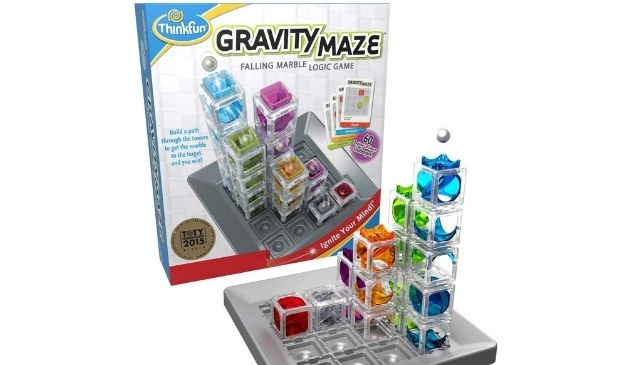 ThinkFun is the world’s leader in addictively fun games that stretch and sharpen the mind. The Gravity Maze is no exception. If your child likes puzzles and brain teasers, this game of logic will provide hours of fun.

There are 60 challenges set out on activity cards, with varying levels of difficulty, where you build mazes for the marbles to run down. Making sure the marble reaches the Target Tower is the aim of the game – and this takes careful planning. But the catch is that the cards only give you the first two to three steps and leave out all the towers needed in between.

Eight-year-olds – or younger – can start out at the beginner levels, testing their problem-solving skills along the way and slowly progressing up through the challenges. The expert levels are quite challenging, so it’s also great for teens and even adults. But don’t be disappointed if you get stomped!

It’s a great game that involves a mix of STEM skills: building, engineering and critical thinking. Plus, it’s ideal for travelling because it’s small – the board is seven inches square - lightweight and is designed for single-player-use.

If the idea of programming the brain of a robot that you’ve constructed out of LEGO blocks appeals to your pre-teen, this is the season’s must-have toy.

As the robots come to life, each one has its own unique traits: Blast has arms that fire darts, Tricky has basketball skills, M.V.P. has a crane attachment, Gelo walks on articulated legs as opposed to wheels, and Charlie dances and can say ‘hi.’ The robots are great fun to interact with and hold a child’s interest, especially the 10+ age group that they’re intended for but young teens as well.

The box contains over 900 LEGO Technic and System pieces for building the five robots along with plenty of accessories. There are no building instructions in the set - it’s all included in the Mindstorms App, which can be hard to see in full scale on a small phone screen.

This set is a great introduction to robotics and demonstrates how to use motors and sensors, as well as developing critical-thinking STEM skills.

Buy now from Amazon
Related: The best bikes for kids of all ages

How to choose the best STEM toy

What is the best STEM toy for kids?

Snap Circuits Junior Plus is the best STEM toy for kids because it gets them working on real models of everyday items we use - such as radios, alarms, and doorbells - and there are over 100 projects to choose from, which makes it a toy with long-lasting appeal.

Because we know that there’s nothing like a real recommendation from a real parent, we first headed to the Mumsnet forums to find out which nightlights discerning Mumsnet users had bought for themselves.

We then did some research across the wider web, looking at which night lights had won accolades or been featured in ‘best buy’ lists across websites and print media, and what customer reviews said about them. Having collated all that information, we picked the night lights we thought would make the best buys in several interest categories.

Summer recipes and BBQ inspiration for the whole family