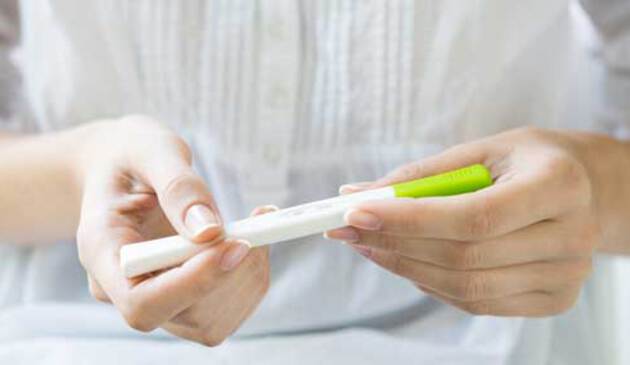 What do fertility tests check for?

Fertility tests look for a huge range of potential issues that may be causing your problems getting pregnant. Think of it as a reproduction MOT. Some of the tests can be done by your GP, while for others you’ll need to be referred for. These are just some of the things tests will check for:

Do you know when you're ovulating? Try our ovulation calculator

When should I see a doctor if I'm not getting pregnant?

"Our tests were on the NHS and our GP let us have them before a year. I think my family history may have been a factor, as there's a lot of type 2 diabetes, so she wanted to rule out PCOS/insulin problems."

The length of time it takes to get pregnant differs from one couple to another. Official advice is that if you've been trying to conceive for a year or more (that means you've been off contraception and having regular sex every two to three days throughout your cycle) you should speak to your GP.

If you're over 35 or there's a medical reason why you think you may be having trouble (such as fertility problems in the family or having had an STD or an illness such as cancer where treatment may have affected fertility), you should see your GP after six months.

If this is not your first child, it's still worth getting checked out as things can change between pregnancies and you may have an issue now that wasn’t a factor first time round.

Secondary infertility is increasingly common these days, partly due to women becoming pregnant later in life and many women hoping to get pregnant over 40. Definitely don't think you will be fobbed off though, just because you've already had one baby. You're still entitled to have your difficulties conceiving investigated.

How do you get fertility testing?

"I've just had a follow-up GP appointment as my 21-day progesterone test came back as low. She's going to get me an ultrasound too. I'm happy she's clued-up and suggesting we don't hang around due to my age (35). I feel like she's on my side and that really helps!"

Make an appointment to see your GP and explain what's worrying you. He or she will probably want to arrange for both you and your partner to come in and have a chat and do some basic examinations.

If the GP turns up anything that indicates a potential issue, you'll be referred on to a fertility unit for a consultation with a fertility specialist who can do more specialised tests. If you wish, you can, of course, go private to speed things along.

What tests will my GP do for infertility?

Much of your appointment with the GP will be taken up with lots of questions for you and your partner, so the doctor can try and get a picture of any potential issues that might be causing a problem. You're likely to be asked about the following:

It's likely your GP will do a basic physical examination, too, checking for any inflammation in the pelvic area, as well as any funny lumps and bumps or tenderness. Sometimes things like fibroids, pelvic inflammatory disease or ovarian tumours can be picked up this way. They might also examine your partner's penis and testicles for any lumps or deformities that might be causing the problem. You'll probably have separate appointments for this.

Your GP may also do some fertility blood tests to check for immunity to rubella (German measles) and sometimes chicken pox. They can also do a blood test to look for the presence of progesterone at the right time of your cycle, which will tell you whether you are ovulating. You may also be given swabs to test for things like chlamydia.

Which tests will a fertility clinic do?

Before doing any tests, you'll probably have to answer lots more questions about your medical and sexual history. It's likely to be much more detailed this time, with in-depth questions about your menstrual cycle to work out when you ovulate, when you started your periods, whether they are heavy or painful, when you stopped taking the pill or using other contraceptives. All this information may just give fertility experts a clue about why you are having trouble conceiving.

It's likely that they will also carry out a series of tests. Which ones they carry out will depend on what they suspect the problem could be.

Can I get fertility tests done privately?

If you don't want to wait 12 months for a GP referral to a fertility clinic (where you will be able to have an NHS fertility test), then you do have the option to have fertility tests done in the private sector.

You won't need a referral from your GP to have a private fertility test done, but you will have to pay. Costs vary, but you're looking to pay anything from £250 for a test for just one of you, to £500 for a couple's test.

As well as looking for lifestyle problems, infections and the like, tests for women carried out by fertility specialists will be searching for possible hormonal causes for infertility and also blockages in your reproductive system, which might affect your ovarian reserve and/or prevent you ovulating and/or prevent a fertilised egg implanting.

Some of the tests you might have done at the fertility clinic include:

Men get off rather more lightly usually. Semen analysis is a common test to check for sperm count (the number of sperm being produced) and motility (how they move – we're talking “speed” here, rather than “like Jagger”) as well as morphology (how “normal” they look – sperm can quite commonly be a bit weird, having two heads, two tails and occasionally being “giant”, rather frighteningly, so it's worth checking). During a male fertility test men are also usually given a urine test for chlamydia, which, after having to give a sperm sample, might feel like light relief.

How likely are fertility tests to find out why I can't get pregnant?

The majority of couples who have fertility testing done will get a diagnosis of some kind, and you can then go on to look into what your options are. It may be that a simple operation or course of medication will help you to ovulate again, or it may be more complicated and require assisted conception or other fertility treatment. For a very unlucky few, there's nothing that can be done with the help of fertility services – so they may want to look at other options such as adoption or surrogacy.

It is worth bearing in mind that quite a few couples come away with no clearer idea of what is affecting their ability to conceive, this is known as “unexplained infertility”. Around one in seven couples who have testing are told there is no reason for their problems.

What if there's no reason why I'm not getting pregnant?

"I think it's the anxiety that is so hard to cope with. I was able to get some testing (basic bloods) from my GP before I’d been trying to conceive 12 months, so it's worth asking about."

It can be hard to hear that there is no reason for your not being able to conceive. However, there is good news to be gleaned from it – it means there is a good chance you will get pregnant eventually. It might just be a case of time and a lot of patience.

The stress of trying to conceive can take its toll, so be kind to yourself both throughout the period of fertility testing and beyond – particularly if you don't get answers. While it can feel like you are back at square one, you aren't. You've ruled out any problem that might have been a barrier which was a good use of your time.

If you have been trying to conceive for two years with no success, you may be advised to look into IVF.