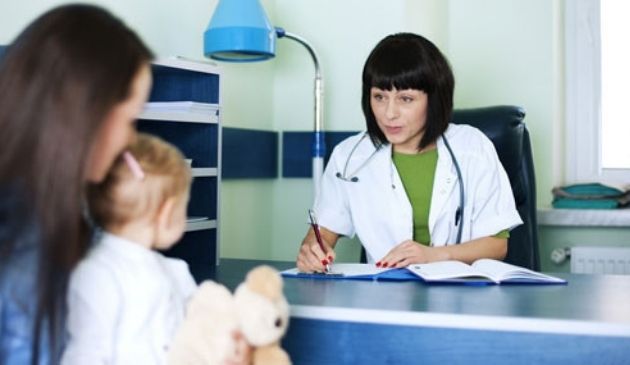 What is secondary infertility?

The term simply means that you are finding it difficult to conceive or carry a pregnancy to term, despite already having had a child without any trouble. (Opposed to primary infertility, which is if you're having trouble conceiving your first child.)

If you find yourself in this situation, it might help to know you are not alone and more couples are affected by secondary infertility than those who have problems trying for a first baby.

It might seem odd to have been able to conceive the first time and not now, but there are many reasons why this might be:

It’s an obvious one but you and your partner are both older now. Even if it’s only a year or two since you last conceived, your ovarian reserve could be depleted and the older you are, the more difference a year can make.

There’s no denying life has changed since you became parents, and it follows that your lifestyle will have done, too.

Carrying extra post-baby weight, getting less sleep and being generally less bright-eyed and bushy-tailed will all have an impact on your ability to conceive easily.

An issue that has got worse since your last pregnancy

It’s possible a fertility problem or medical condition that usually affects first pregnancies may have come on or worsened since. If you had an issue such as polycystic ovary syndrome or endometriosis that was mild enough for you to be unaware of it, you may have managed to conceive first time – but if it’s developed further it may need treatment.

You could also have picked up something like chlamydia since your last pregnancy, which can affect fertility.

It’s possible an issue relating to your last pregnancy or birth could be preventing conception.

If you had a post-partum haemorrhage, that might be a factor. Retained placenta can also cause infection in the womb and block the fallopian tubes. And scar tissue caused by previous surgery, such as a caesarean, can sometimes create what are known as ‘adhesions’ or blockages in the womb, which have an impact on fertility too.

Pregnancy can affect your insulin resistance, which affects your hormone levels, with a possible knock-on effect on your post-pregnancy fertility.

Just as for women, age can be an issue as sperm’s motility reduces as men get older, or a condition your partner has always had may have worsened since you last conceived. It's also possible that medication he is taking or a treatment he's had, such as chemotherapy, could have affected fertility. Find out more about male infertility.

You simply got lucky last time

Sometimes you might find you have a fertility problem that has always existed but by a stroke of luck, you conceived first time around. Perhaps you don't ovulate as regularly as you might, or you or your partner has a chromosomal issue that makes early miscarriage more likely.

Up to a point, conception is a numbers game, and if you were lucky last time, you might have assumed that meant that everything was in full working order, when it perhaps wasn’t.

If you've been trying to conceive for a year or more, you should go and see your GP and try to get some expert advice from fertility experts. If you're over 35, it’s worth going after six months, as your fertility will be declining, so time may be of the essence.

Your doctor can test to see if you are ovulating and will also check your partner to see if there are any problems with the quality of his sperm.

After trying to find out what is causing your infertility, a fertility specialist can advise on a possible cause of action.

If your doctor is able to identify a cause, you may be offered one of several fertility treatments, depending on what the problem is.

IVF could be an option for some couples. It can be more difficult to get IVF on the NHS once you already have a child – but it does depend on your local health authority, so it’s worth chatting to your GP about what's possible.

The good news is, your chances of conceiving with IVF are statistically higher than for a woman who hasn't conceived before.

While there's little hard evidence to show that complementary therapies can be of benefit with fertility, lots of women report anecdotally that it made a difference for them.

Acupuncture may help with regulating hormones and increasing the flow of blood to the reproductive organs. Some fertility clinics, such as Zita West's, use acupuncture as a matter of course alongside Western treatments. Reflexology is also a popular choice and is thought to have similar effects.

Some herbal remedies are said to have a positive effect on fertility – from agnus castus, which may help improve ovulation, to red clover, believed to balance hormone levels.

With herbs particularly, but with any type of alternative therapy, it's very important you talk to your doctor first: some of them may interfere with other treatments you're having or be unsuitable for other reasons.

What if they don’t find a reason why I can’t get pregnant again?

Sometimes, frustratingly, it isn't possible to find a cause. This is known as ‘unexplained secondary infertility’. However, about 60% of couples with unexplained infertility do go on to have a child, so the odds are stacked in your favour.

Your feelings about secondary infertility

Struggling to conceive your second (or third or fourth) baby when all your antenatal group friends are going on to have another can feel really unfair.

Lots of women feel that they somehow aren’t entitled be as upset as they are, being fortunate enough to have one child already – but it can be just as hard to accept, particularly if you had your heart set on a big family, or a small age gap, and it’s beginning to look as though that may not happen.

Some women feel a strong sense of guilt at not providing their child with a sibling, and worry that their son or daughter will miss out. It’s important to remember that having a sibling is not the be all and end all for any child. They'll have plenty of opportunity to form close relationships with other children, from school to activity groups to time spent with other families you’re close to.

In much the same way as those who struggle to conceive the first time around, you may grieve for a family life you may not now have; something you'd always pictured and now may have to 'unimagine'.

It's important to accept all these feelings as valid and give yourself a break, just as you would if you were having difficulty conceiving your first. And if you're feeling overwhelmed by sadness or stress, do seek help. There are lots of women in a similar position on the infertility topic on Mumsnet’s Talk boards, where you’ll find lots of support and advice.

One of the most difficult aspects of secondary fertility is that, once you’ve had a baby, many people feel the conception of your next child is a matter for public discussion.

It is laughable the rubbish people who aren't trying to conceive say – 'Just relax'. 'It will happen when it happens.' 'You've got one, so it shows you can do it.'

If you found it intrusive enough that friends, relatives and passers-by in the street quizzed you about when you were having a family before you had your first baby, then brace yourself. You can at least double the number of busybodies polite enquirers who will ask when you’re having another, because they assume it’s ‘safe’ to do so when you’ve already got a child. Obviously, when you’re struggling, these sorts of comments feel like a real kick in the teeth.

How you respond may depend on your mood and who's asking. You'd be perfectly within your rights to tell them to mind their own. Whether it's a polite “Actually, we're keeping that between ourselves” or something more 'to the point' is up to you. With family (particularly fathers-in-law) a cheery, “don't worry, you'll be the first to know when we're having sex – I'll give you a call before I put my knickers back on” usually puts a stop to it pretty effectively.

If you feel strong enough, honesty is sometimes the best policy, particularly with a fellow mum who ought to know better. Explaining “I would love another child, but sadly it isn't happening at the moment and I'd rather not talk about it” should ensure they never ask you (or anyone else, hopefully) again.

Struggling to conceive again can cause an enormous amount of stress and anxiety and there's absolutely no shame in asking for help.

Your GP might be able to offer advice about the emotional and psychological aspects as well as helping you look into the physical side of things, and there are a number of organisations that offer support, too. Try the charity Infertility Network UK, which can put you in touch with support groups in your area. Alternatively you could talk to a private counsellor.

Some counsellors specialise in fertility issues, but finding any professional to talk to with whom you feel comfortable will be of benefit.

You can also swap advice and support with other parents who are struggling to conceive again on Mumsnet's infertility Talk boards.