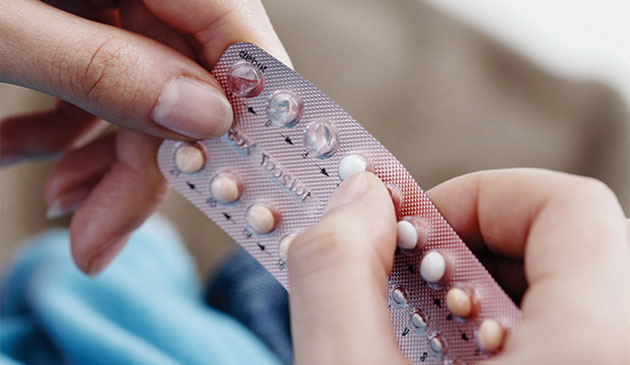 Is it safe to conceive straight after coming off the pill?

There's no need to wait to try to conceive after you come off the pill. It's safe to get pregnant straight away. Some doctors advise waiting so that your body can return to its natural cycle and you'll have a clear idea of when you're ovulating and your due date. However, a scan will date the pregnancy and if you're really keen to crack on, not waiting shouldn't adversely affect your pregnancy in any way.

“I came off the pill to try to conceive, and my GP said there is no problem with trying straight away and that it's a bit of a myth about womb linings not being sufficient etc. One thing: if you used the pill to manage painful periods (as I did) you might want to get to the bottom of what caused the period pain. In my case it was endometriosis – those things could have some bearing on conception.”

Do I need to finish my current packet of pills or can I just stop mid-packet?

You can come off the pill at any time. You might get a withdrawal bleed if you stop mid-packet – this bleed isn't a sign of ovulation and so it can make working out when you're ovulating rather confusing. But, yes, if you're keen to get started, it's fine to stop mid-cycle.

How long does it take to get pregnant after the pill?

On average, it takes one to three months for the body to resume ovulation, although it can take longer. The pill prevents ovulation by artificially regulating your body's hormones. When you stop taking it, your hormone levels return to normal.

Some women ovulate and conceive hours after taking their last pill, particularly if they've been using a progestogen-only type – but of course, things aren't always that speedy.

One of the signs you’re ovulating again is the return of your periods. A period occurs naturally about 14 to 16 days after ovulation. This is different from the bleed that you have while taking the pill, which is simply caused by the sudden decrease in hormones when you have a week off the pill or you take placebos for a week.

It's not unusual for your first couple of post-pill cycles to be irregular, or longer than usual; in fact, about one in 30 women won’t get a period for many months after they come off the pill. If this happens, it doesn't necessarily mean that you aren't ovulating – just that your cycle is not regular and you may need to use other methods to find out when ovulation is taking place. If this continues and you’re concerned about it, make an appointment with your GP.

Is it harder to get pregnant after being on the pill?

Some women report anecdotally that they have problems, but the chances are that any difficulties they have conceiving would have presented themselves, regardless of whether they’d taken the pill or not.

It’s been shown that the chances of getting pregnant after being on the pill are broadly similar to those of getting pregnant after stopping using condoms or other non-hormonal forms of contraception. The problem is that the pill can sometimes mask fertility issues such as PCOS. This means that when you come off it and have difficulty conceiving, it appears that the pill was the problem, when the issue is likely to be something else. 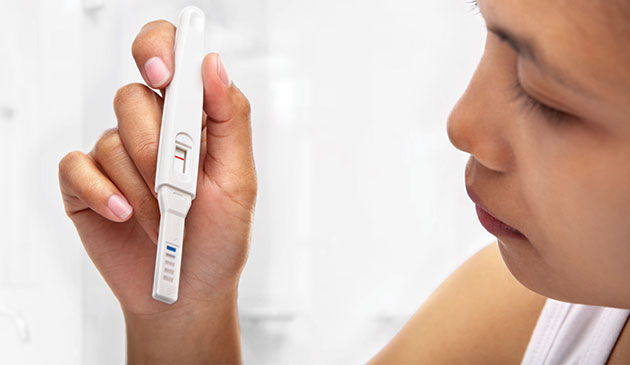 Equally, there are no proven positives to pill use where fertility is concerned. Some people talk about a fertility boost directly after coming off the contraceptive pill, but there's no real evidence to back this up.

“Before I had my son I was on Microgynon for donkey’s years. After the withdrawal bleed (a few days after stopping) my cycles went pretty much back to normal straight away (give or take a few days) and I conceived three months after stopping the pill. After having him, I changed to Cerazette. When I stopped taking it to TTC it took from November until January to get my periods back.”

Is there a higher risk of miscarriage if I get pregnant straight away?

Almost certainly not. Even if you become pregnant while still taking the pill, there should be no increased miscarriage risk. The evidence is not absolutely conclusive, but there have been no studies that suggest a definitive link between the two.

What are the side effects of coming off the pill?

Normally this bleed won't last longer than a week, but if it feels excessive and goes on much longer than seven days, speak to your GP.

It's difficult to say exactly when you will have your first period 'off' the pill. This is because few women's bodies work like clockwork – most are affected by various factors, including external ones such as stress.

Side effects after one month

The synthetic hormones of the pill leave your body fairly quickly after you stop taking the pill. Within a month you may notice changes, including a change in vaginal discharge (it may become less dry), an increase in libido and a decrease in breast size. You may also notice weight loss (although this is just water weight) and a possible return of any cramps that you didn't experience when on the pill.

Side effects after three months

When you come off the pill, you may notice changes in your mood. Many women say they feel better, while some women report feeling worse, picking up again around month three. It could be a good idea to keep a diary of your mood changes, so you can track when you think these changes might be related to coming off the contraceptive pill or not.

Side effects after one year

Your periods should now be back to normal. If they're not, see your GP to chat through other possible factors.

What about coming off other forms of contraception?

Reversible contraceptives will not affect your fertility once you decide to stop using them. If you use an IUD or a contraceptive implant, then you will obviously need to have it removed. Contraceptive injections are effective for up to 12 weeks but it can often take longer for your fertility to return to normal – sometimes up to a year.

“Some women's bodies take time to adjust to being off the pill, so don't worry if it doesn't happen straight away. Just try and enjoy trying.”

“I stopped the pill after about eight years and got pregnant straight away (two weeks after my last period). DS was born 10 months ago. No problems dating the pregnancy either – probably because it happened immediately.”

“The doctor told me it could take a few months for my cycle to regulate but I didn't even have the chance to get one period – nine months later DS was born.”

“I was on the pill for 18 years non-stop, came off it after our honeymoon and was pregnant within three months.”

“It took about six months for my cycle to regulate itself. I then got pregnant after nearly a year.”

“I came off Mycrogynon after ten years and my periods went back to normal straight away – they are much less painful and are lighter and shorter than ever before, though.”