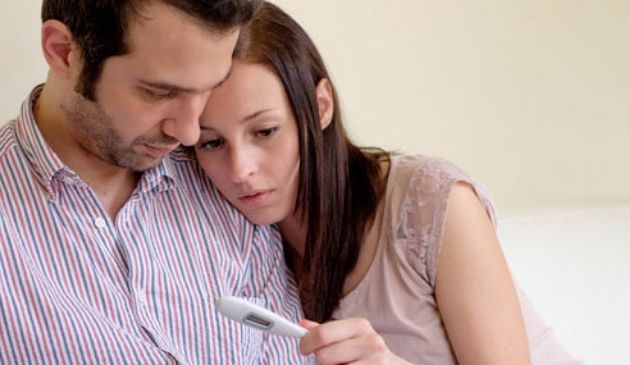 If you've just been diagnosed with any form of infertility, it can feel like a severe blow. You're likely to have lots of questions and feel in need of a bit of succour, too, and often the best people to offer that are those who have been there themselves. Mumsnet’s infertility forum is full of advice, experiences and support from those who have been there and got through it as well as others going through the whole experience right now.

From ICSI to IUI, answering relatives' probing questions to dealing with the doctors, you'll find the answers to some of your questions here.

Finding the right type of fertility treatment for you

Fertility drugs sound like a low-impact treatment, in comparison to say, IVF, but it's still a time-consuming process, with lots of hospital trips along the way. Here's what some women who used fertility drugs say about their experience:

My husband did say I turned into a psycho when taking the pills. I also had hot flushes on the nights I took them. I was advised by another Mumsnetter to take the pills at night – that way you sleep through most of the side effects (which did seem to work).

“We had three cycles of clomid. There were some unpleasant side effects like bloating, dryness (so much so that I ended up with pretty bad thrush) and weight gain. We found the pressure to have sex at the right times caused us problems. There were arguments if one or the other of us just wasn't in the mood and it became a mechanical process in the end.”

“If you're nervous about self-injecting gonadotrophins, ask your pharmacist about EMLA cream which is an over-the-counter numbing cream – it's a bit of a faff because you have to put it on for about an hour before but it does work. And it may be enough to get over the initial hurdle of self injecting.”

There's a tendency among those who have never gone through fertility treatment to think that IVF and similar treatments are a 'miracle cure', and there's little understanding of what a long and difficult process it can be – or that it can sometimes be very disappointing and not end in a baby at all.

If you've been offered one of these treatments, or are in the midst of it all now, you might like to read these experiences shared by others on the Mumsnet Talk boards:

I did one round of IVF and found the side effects and drugs not really that bad. Felt a bit uncomfortable the day before egg retrieval though! I think the emotional side is probably the hardest thing and I had a huge amount of support from my husband, my mum and the counsellor at the hospital. I also had an acupuncturist who was experienced with IVF and was a great help.

“With ICSI, the injections get easier the more you do them, the first is by far the most difficult. The downregging drugs have been known to make people feel rough, but I felt no different. The egg collection itself can be uncomfortable but it's over soon enough.”

“IUI itself was pretty straightforward – not much worse than a smear test. You can get up and walk around as soon as it's done. The hardest part I found was the two-week-wait afterwards to see if it works. Try to distract yourselves as much as possible.”

“It was the mental toll I found hardest to cope with. I was shocked at how all the hormone treatments made me feel, the pressure that we were both under, the awful feeling when we found out it had failed.”

“For me, what helped was not telling anyone at the time. Given half the chance I would have made a big drama about it but as nobody knew I couldn't and just got on with it. It also meant it wasn't all eyes on me when results were due. This made me more relaxed about the whole thing. I carried on with the gym, work and the odd drink.”

Assisted conception using either donor egg or sperm, or a donated embryo comes with its own unique emotional rollercoaster. As well as coping with all the feelings that come with a diagnosis of infertility and the physical hurdles of the treatment itself, you might also have worries about how you will feel about a child that is not genetically yours or your partner's – or perhaps either.

It was a long, difficult and emotional journey but once you hold that baby you forget all of that other stuff.

“What made us decide against it was the imbalance – the child would be genetically one parent's but not the other's and in my case the drive to have children was not a head decision but a primal urge to pass on my genes, and donor eggs wouldn't help me with that. For other people, neither of these things matter or they have completely different concerns.”

“I think of them as 'my children', after all I developed them from five to six cells in size, through to 6lb babies. Having said that, I do often think of the wonderful woman that helped them to be here, if that makes sense.”

“So far as genetic link is concerned, I'm pragmatic about wanting to do whatever is most likely to result in a wriggly, healthy bundle in my arms, but our consultant had some helpful things to say when we first discussed donor eggs. He said they believe that the make-up of the child is influenced 40% by the sperm, 40% by the egg and 20% by the uterine environment. The donor is only giving you one cell and your body is enabling that one cell to develop into a whole person, and contributing all the things it needs to do so. In addition, he pointed out that the baby will learn to smile etc, by copying your facial expressions, so he said that donor egg babies end up looking more like their mothers than you'd expect.”

How will I cope with fertility treatment?

Facing fertility treatment is a stressful time, physically and emotionally, and it can feel lonely, too. You probably have lots of questions and worries, but it's not something people talk much about openly. Some find it too upsetting or personal to discuss. Others worry they may be raining on someone else's parade. You should also not get too carried away and really consider the costs of IVF and whether it is available to you on the NHS.

What can help make the journey a little easier is knowing you aren't alone. Chat to other parents undergoing or considering their fertility treatment options on Mumsnet Talk and in the meantime, here are a few words of advice and support from other Mumsnetters who have found themselves here at some point.

The tip I found really helpful was to allow yourself a fixed amount of time every day for researching/worrying/ mourning, and then trying really hard to do other stuff the rest of the time so it doesn't take over your life. It helped me shift my emphasis from 'get pregnant or bust' to 'give myself the best chance of getting pregnant while staying myself'.

“Mumsnet was my saviour during the three years before I finally got pregnant. I ditched talking about it in real life to all but a handful of truly understanding friends, and found a wonderful bunch of very supportive ladies on here. We swore and cried and were brutally honest about how we felt. It was so good to have an outlet.”

“Me and my husband actively made efforts to channel our energies into other things. We both focused on our careers and were promoted. We did a massive building project. We travelled. We spent time considering our plan B – if, in the end, we didn't have children, what kind of life would we build?

It took us more than six years. But we now have two wonderful children. And they are worth every day we waited."

“I had three rounds of IVF and the final one worked only to lose the baby at 13 weeks. We decided that was it. We would stop. I'm so glad we set a time scale. We are so much happier now we can get on with our lives as everything had been on hold for so long. There is life on the other side.”

“I found it impossible to put to one side and I found it impossible to give up. It's like gambling, one more try and it might be the one. I'd think: 'We've spent £20k; if we give up now it's all been for nothing.' I was going to have a second donor cycle only a few months before I found myself very unexpectedly pregnant and I'm now 22 weeks. I have been incredibly anxious. I will not believe it or accept it until if and when my baby is here. Infertility has firmly left its thumbprint on my life and I will always consider myself 'infertile' or at least infertile as a couple.”

If I don't get there, I'll be OK. I have a great life, and a great husband. I will be OK and will have a happy life. It might be different to what I want, but I'll be OK.

“When I was deciding to try IVF, I spoke to a wonderful lady who was not much more than an acquaintance at the time. She had a daughter from IVF and was trying for a second child. She took the time and care to help me through my decision, she was a bit of an angel who arrived in the right place at the right time. Real life support is great if you can find it – and it can come from unexpected quarters.”

Where to go for more support

And finally… the Mumsnet infertility Talk boards are always open for support, advice and sharing experiences on fertility problems and treatments.