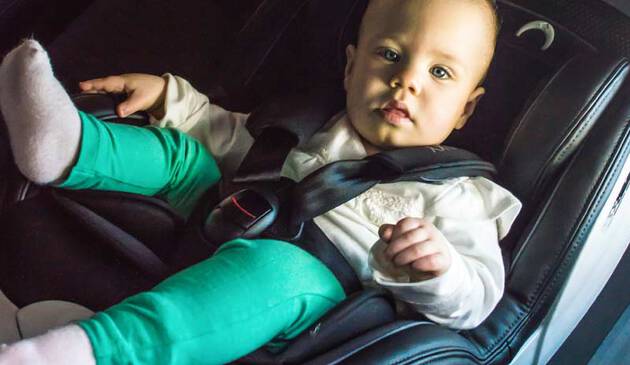 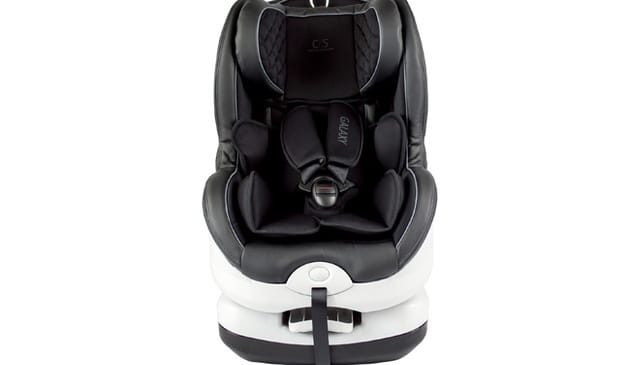 How safe is the Cozy N Safe Galaxy?

Cozy N Safe's Galaxy is installed using an ISOFIX system and has been tested to R44/04 standards. It also has side impact protection.

The seat clicks into place and you’ll know it’s installed correctly because the ISOFIX installation indicators will turn green. This way you'll have peace of mind that the seat is securely fitted, even if you were in a hurry. Our tester, Anna, felt that the top tether made things feel extra safe too.

Once installed properly, the Galaxy feels really sturdy. The seat has an internal five-point harness and the headrest can also be adjusted easily, which means that your child’s head is always supported correctly no matter their age.

There are no parts that could come loose or pose a choking hazard and nowhere for little fingers to get trapped. The material doesn’t cause any irritation either – and there’s nothing on this seat that could rub, catch or chafe against a child’s skin.

The Cozy N Safe Galaxy is a really smart-looking seat. The shell is white and quite chunky, and the main part is made from a faux leather material that is easy to wipe clean.

All the fabric components are 100% polyester. The faux leather does look a little cheap close up, but the padded section looks quite the opposite.

While the colour schemes are simple, they do look attractive and are sure to appeal to most parents. This is a seat that your child isn’t going to feel too babyish in as they approach school age either.

Everything you need for this seat is included in the box – the car seat itself and the instructions. The instructions are clear and concise with helpful diagrams as well as written steps, however Anna did feel that the font was a little on the small size – more sub-headings would make it easier to read. With that said, the instruction manual is also available to view online.

There are also lots of warnings within the manual that are a little off-putting and Anna did think that there should be some detail about removing the plastic that covers the ISOFIX fittings, as this looks like part of the seat at first.

To install the Galaxy, you first need to pull the ISOFIX fittings out, which our mum did find a bit tricky, then place the car seat on the vehicle seat facing forwards. Align the ISOFIX points on the seat with the ISOFIX points in the car and simply click it into place. If you’ve done it correctly, the indicators will turn green. Then you attach the top tether to the tether point in your car.

Overall, installation is simple enough for one person manage it, with very little room for error.

While there are no videos online to help with installation, the website has some helpful FAQs if you do get stuck. There are also contact details, links to social media and a blog with useful car seat articles.

The Galaxy also comes with a 12-month warranty. 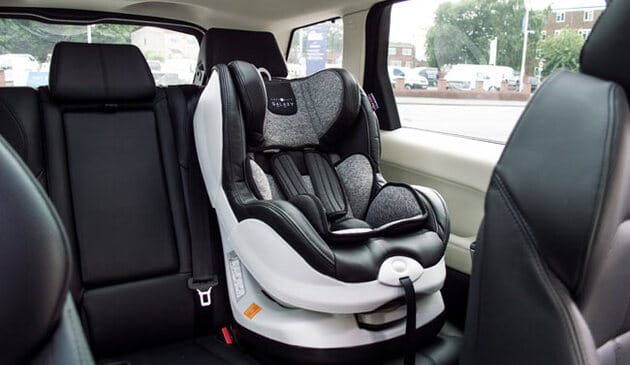 This seat can be left in the car once installed, so you only have to get your child in and out on a day-to-day basis. That said, if you do remove it, it's relatively light to lift from one car to another, but can only be used if the other car also has ISOFIX points.

Before and after each journey, Anna's two-year-old was able to climb in and out of the seat by himself, and the harness was quick and simple to secure, holding him firmly but comfortably in place.

The Cozy N Safe made everyday journeys simple, which will be music to a lot of parents’ ears, especially when faced with the dreaded school run.

This seat was used on both the school and nursery run, on trips to the supermarket, for evening activities and for outings with Anna’s two dogs.

As the seat is installed with the car’s ISOFIX fittings, you may not be able to use it in a taxi as the vehicle would also need to have ISOFIX points. It isn’t suitable for aeroplane use either, but could be taken on holiday if you were using your own car.

The Galaxy is well-suited to longer trips and Anna's toddler was really content in his seat, often falling asleep during car journeys lasting up to two and a half hours long.

The padding is comfy, cosy and feels luxurious, and the headrest gives lots of support meaning that, when he did nod off, his head didn't flop forwards as it did in other seats we tested, like the Graco Nautilus.

While this toddler car seat doesn’t really leave room for another seat right next to it (depending on your car's make and model, of course), but two seats will fit quite happily in the back seat of a car.

If you do need to fit three seats in the back, then you might prefer the Britax Römer Evolva 1/2/3 SL SICT, which is a lot narrower.

There’s nothing distracting about the Galaxy for the driver – no blinding colours, for example – and the seat is also quite high, which Anna's son loved as it meant he could easily see out of the window.

However, this did mean that when the seat was installed behind the driver’s seat, it did make it harder for Anna to check on him without the use of an additional mirror.

The faux leather is really easy to wipe clean, so the Galaxy is undoubtedly a practical choice for a car seat. The graphite padding also hid a multitude of stains.

While the cover is removable for washing, it’s quite a tricky process. There are little loops that have to be fed through the plastic to unhook the cover and then reattach it after washing.

Anna broke a nail trying to do this and really struggled – it took more than 25 minutes to put the cover back on, a long time compared to other covers we tested, such as that on the Maxi-Cosi Pearl Pro i-Size.

Once the cover is removed, however, it washes really well and spilled milk and juice stains came out easily. It is handwash only, though, which is a bit of a pain, and because of the foam filling it did take a little while to dry – not great if you need to use the seat every day, especially as there is no option to buy a spare cover.

You don't need to buy an ISOFIX base as the car seat fits directly into the vehicle's ISOFIX points, and the seat itself is lovely and simple to use.

Considering all this, we think it offers great value for money.

All in all, the Cozy N Safe Galaxy feels more expensive than it actually is.

Anna found it a breeze to use on busy days and more than comfortable enough for her toddler to sit in during longer trips, so if you are looking for a seat that can take some of the stress out of daily car journeys with your children, then this could be it.

No, the cover isn't machine-washable and the seat doesn't last up to the age of 12 like some Cozy N Safe seats, such as the Cozy N Safe Arthur, do, but we think the Galaxy is a top-notch buy nonetheless.