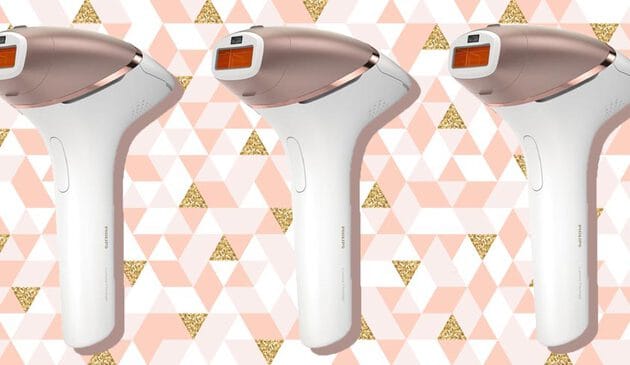 What is the Philips Lumea?

The Philips Lumea IPL is a hair removal device that uses gentle pulses of light to prevent hair regrowth at the root (IPL stands for Intense Pulsed Light). At around £400 it's pretty expensive – but many Mumsnetters have testified to its effectiveness and it's become a firm favourite on the Mumsnet Talk boards.

How does the Lumea work?

The Lumea isn't an overnight solution, it takes repeated treatment to drastically reduce hair growth, so you do have to continue shaving for a little while. Preparation is key. Before each use, you have to remove the hair from the area you want to treat – shaving is best as it leaves the follicle behind to get zapped – and make sure it's clean and dry. You only have to do this before your first few treatments, once you don't have many hairs left on the surface of your skin you can just dive straight in.

Your Lumea will come with a selection of attachments designed for specific parts of the body, once you've got the right attachment, you simply place the Lumea on your skin and press the button to release a flash. You only have to flash each area once. IPL works by emitting light energy that is absorbed by areas of high pigment, like hairs, which get heated up. The heat damages the follicle, slowing hair growth and even preventing it completely.

Philips advise that you use your Lumea every two weeks for at least four weeks in order to see noticeable results. Using it more often will not lead to faster results. Once you've flashed your way to hair-free skin, you can maintain it by using the Lumea every four to eight weeks.

Who can use IPL hair removal treatment?

IPL treatment works best on people who have fair skin and dark hair – basically, the greater the contrast between your hair and your skin, the more effective it is.

Unfortunately, it cannot be used to treat white (we're looking at you, chin whiskers), grey, light blonde or red hair as the low melanin concentration in the hair means there's not enough contrast between the skin and the hair. Similarly, it can't be used on very dark skin, due to its high melanin concentration. Philips also advise taking a break from your Lumea treatments if you have a suntan (either real or from a bottle).

Does it IPL treatment hurt?

This depends what you're used to and who you ask. Some Mumsnetters are hard as nails and claim that it doesn't hurt a jot, while others report a flash of heat and a sensation like an elastic band pinging against the skin – particularly when the Lumea is used on a high setting. That said, they all agree that it's nowhere near as painful as waxing.

Using your Lumea should never be painful so, if you're finding it uncomfortable, try using a lower setting,

Will it work if I have PCOS?

PCOS is a hormonal condition that affects around one in five women in the UK and can cause excessive hair growth. As the unwanted hair growth is caused by a hormonal imbalance, it might be difficult to get rid of it without tackling the underlying issue first. The Lumea might not work as quickly on women with PCOS, but it can drastically reduce the amount of hair present, slow regrowth, and eliminate the need for daily shaving and plucking.

Some Mumsnetters with PCOS cannot recommend the Lumea enough:

“I used to go to a beautician to have my face and underarms lasered (have PCOS), which cost me £200 each time. I decided I try it myself and bought the Philips Lumea – the one for face as well – and it's amazing. My underarms are soft and hair free, my face looks fab too. Get it, ladies!”

Whereas others prefer to leave it to the professionals and have laser treatment at a salon. The advantage of the Lumea is that, although the upfront cost is a little steep, you don't have to pay extra for top-ups as you would with salon treatment. 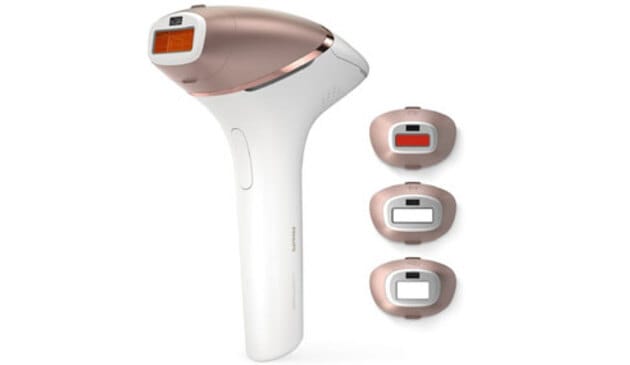 The Prestige model is the most recent iteration of the Philips Lumea. The price tag may cause a sharp inhalation of breath is a bit hefty, but it's designed to last for twenty years (aka until you stop caring about hair removal) and you won't have to pay a friendly stranger to rip your hair out by the follicle anymore, so the maths does work out. It has a built-in skin tone sensor which will select the right level of intensity for your skin tone and comes with four different attachments, for you legs, underarms, bikini and face. It is suitable for cordless use, but you can also use it when it's plugged in and charging. 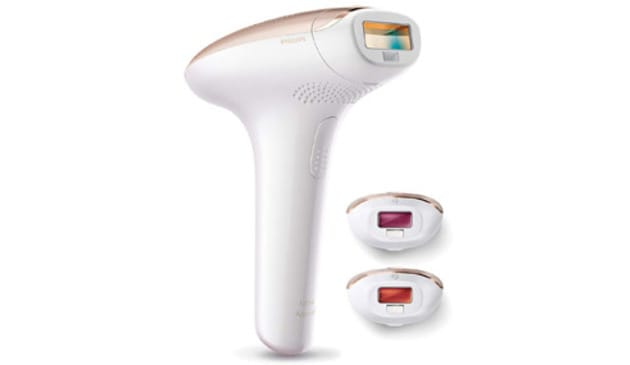 If a cordless device isn't a priority for you, the Lumea Advanced model is a step down price-wise but will still deliver great results after four or five treatments. It comes with three attachments – one for your body, one for your face and one for your bikini area – and needs to be plugged into the mains before you can use it. 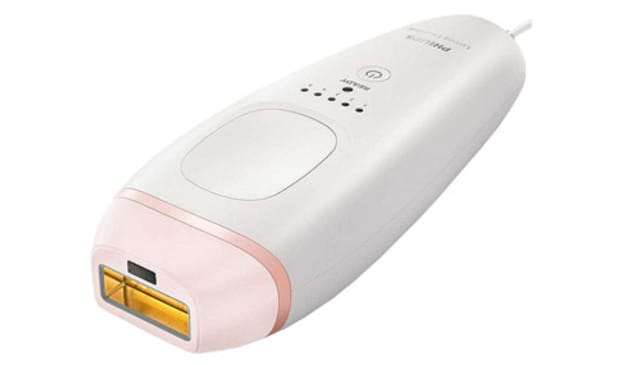 The most basic – and the most reasonably-priced – model in the Lumea range is the Essential. It doesn't have as many bells and whsitles as the Prestige or Advanced models and it's not designed to be used on your face, but, if you don't need to blitz any chin bristles (lucky you), then this could be the model for you. It's designed for use on your legs, underarms, belly and arms and needs to be plugged in before you can use it.

Buy now from Amazon
Related: The best epilators to buy

“This gadget has actually changed my life. I still shave every three weeks then use the Lumea but then there is hardly any regrowth until the next time. I have the essential corded model which was £150. Worth every penny.”

“Fabulous machine – it worked wonders for my dark facial hair. It's also cleared my armpit hair, working towards my legs at the moment.”

“I am white with dark hair that is really quite coarse. I've struggled with body hair all my life and quite frankly just gave up the last few years because my regrowth is awful. bought the Lumea a few weeks ago. Used it on my pits, facet, bikini area, legs. I did my second round two weeks later and my god. I would say 60-70% of my bikini line hair is gone. I've had no itching. Same with my underarms! It's absolutely amazing. I'm writing this because the hefty price really put me off, but I'm so glad I got it."

“Absolutely love mine. I bought it around 18 months ago and, as sad as it sounds, it changed my life! No more ingrown hairs, or razor rash on my bikini area. I paid £300 for it I think and it's been money well spent.”

Important information for the longevity of your Lumea

Hidden in the charging section of the instruction manual there's an easy-to-miss line which states that the units must be recharged every three to four months – whether you've used it or not.

If you fail to do so, the battery dries out – and since the battery is not replaceable, there's no alternative but to chuck the device in the bin.

The Mumsnetter in question described it as “the most expensive mistake of her life” and sent out a warning to other owners – much appreciated by those who were blithely unaware of the dangers.

“Thanks for this – mine has worked so well on me that I use it very sporadically now and have just plugged it in to charge,” posted one user.

The best audiobooks on Audible in 2022

How do to cancel your Amazon Prime subscription