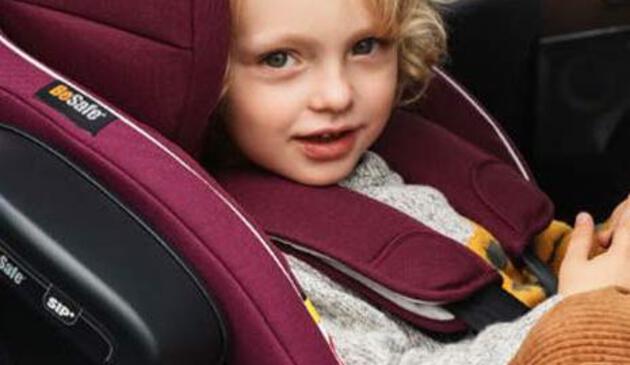 DD2 has just grown out of her BeSafe which is my absolute favourite seat.

How safe is the BeSafe iZi Modular i-Size?

The BeSafe iZi Modular i-Size allows your child to stay rear-facing up until the age of four, which is meant to be the safest way for them to travel. In the event of an accident, when the seat is in a rear-facing position, the whole body is protected – the seat absorbs the impact over the head, neck and spine.

To fit this toddler car seat into the car, you'll need an i-Size base. This is sold separately and doesn't come cheap, although some retailers do sell the two together as part of a bundle.

The base is connected to the ISOFIX points in the car, and clear indicators (visual and audible) will reassure you that you’ve fitted it correctly. You then click the car seat into place.

When your child is old enough, the seat is really easy to switch between rear- and forward-facing and you don’t even need to remove the base to do this. You simply take the seat out, adjust the base and put the seat back in.

BeSafe crash test their seats approximately 10,000 times, digitally, virtually and in labs. Tested to a higher standard than the laws laid out by the R129 regulation, the iZi Modular i-Size offers increased side impact protection, which is a real standout feature.

In the first few months, the extra padding will keep your child safe and secure. The seat also has a Side Impact Protection+ shock absorber on the side nearest to the door which will offer even greater protection in the event of a sideways collision.

The seat's five-point harness is secure enough to prevent any tiny Houdini from wriggling free, and the headrest is also easy to adjust to ensure that your child is in the correct position as they grow.

Once installed correctly, the seat feels sturdy when both rear and forward-facing. While it’s fairly large in size (you’d be hard-pushed to get three of these in the back seat of an average size five door car), it isn’t big enough to obstruct the driver’s view and there’s nothing here that would cause distraction – although when it’s rear-facing you might want to invest in a mirror that allows you to keep an eye on your child while you're driving.

All the parts are secure – there’s no danger of bits becoming loose or small fingers getting trapped – and the fabric (polyester) won't rub or irritate the skin.

The iZi Modular i-Size is a simple but premium-looking seat with deep padding and attractive fabric. It will suit your six-month old just as well as your pre-schooler and will grow with them.

The seat comes in a whole range of colours, so you’re bound to find one that appeals, although some of the lighter colours aren’t for the faint-hearted. Our tester, Anna’s, seat was burgundy mélange – a striking but tasteful shade of purple that was unusual but practical.

You do need to buy the base separately (this is compatible with the BeSafe iZi Go Modular i-Size seat too), otherwise everything else you need is included in the box.

The instructions are clear and concise and there are plenty of diagrams to follow, whether you're using the seat rear- or forward-facing. There are also installation videos for the base and the seat online, which are helpful and easy to read.

The base is quick to install – pull out the fixing at the end of the base and attach the disc. Then pull out the ISOFIX arms. Slot these into the ISOFIX fittings in the car and make sure the indicators go green. Then remove the yellow cover from the support leg. Push in the grey switch and the leg will drop to the floor. Then indicators will turn green once more when it’s secure.

Next, move onto the car seat. Click the seat into place (again, look out for the green indicators). Recline the front passenger seat so that it touches the back of the car seat if rear-facing. Then attach the side impact protection to the side that's nearest to the window.

These indicators give a real sense of reassurance that the seat is correctly fitted, making it stress-free to install even in a hurry. Your child can then be secured in the seat with an adjustable and comfortable five-point harness.

Overall, installation is a breeze and it only takes one person to do the job. You can even permanently leave the ISOFIX base and seat in the car after fitting.

There are manuals, FAQs and contact details on the website if you need additional help. There are extras available to buy too, including sunshades, mirrors and spare covers. Both the seat and the base come with a two year guarantee. 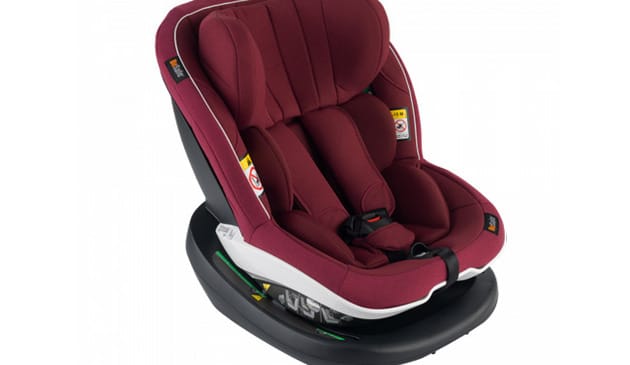 The way this seat tilts made it easy for our tester, Anna’s, two-year-old to get comfy in the seat when it was rear-facing, as it meant there was plenty of space. However, it’s fairly high up in the car when fitted so he couldn’t climb in by himself.

Because the seat can be adjusted as your child grows, Anna felt that her son had plenty of legroom – something that does concern some parents when it comes to an extended rear-facing car seat. The seat fit him beautifully and almost seemed to mould to his shape, and the harness straps lined up well against his shoulders.

One of the best features of this seat, in Anna's opinion, was the harness' magnetic fixings that held the straps out of the way while she was putting her toddler into the seat and getting him back out again.

Most parents, at some point or another, will have been frustrated by straps that have to be fished out from underneath their child or that catch on arms and legs when you’re taking them out of the seat – so this relatively simple little touch actually made a really big difference when it came to using the seat day-to-day.

The straps themselves are easy to adjust and tighten (although the release button is a little stiff), which made everyday errands, such as the school run and trips to the supermarket, that little bit less stressful.

Because of the seat's recline, Anna's son slept really well on longer car journeys. She found that his head didn't loll backwards or forwards at all like it did in the Graco Nautilus car seat we also tested.

The seat is really cushioned too, which made it extra comfy, especially on the long two-and-a-half-hour car journey Anna and her family went on during testing.

Because the seat needs to be fitted to a particular base, you wouldn’t be able to use it in an aeroplane or in a taxi, and you could only use it on holiday if you were taking your own car – otherwise you’d have to take the seat and the base with you and make sure any car you used while on holiday had ISOFIX fittings.

Fairly easy, all in all. The straps got a bit grubby during testing and some marks didn't come off with a cloth, but they weren't immediately obvious because of the darkly coloured fabric.

The covers are removable, if only hand-washable, and generally were OK to remove – simply undo two zips in the main seat and then pull them off.

They were a nightmare to get back on, however, as Anna found it hard to feed the fabric around the lip of the seat. This could potentially put some parents off giving the seat a thorough clean, especially as all that lovely padding meant that the cover then took two days to air dry.

As with the Britax Römer Advansafix IV R, which we also tested, you could invest in a spare cover – an essential, really, if you're planning to use the seat every day.

In the spill test we conducted, both juice and milk came out of the seat in the first wash. There were a few little marks and specks from general use, but on the whole, once washed, the seat looked almost as good as new.

The iZi Modular i-Size is available from £230 up to £290, so do shop around. The base is an additional £200 approximately, but a handful of retailers do have bundles available that could potentially save you some money.

This isn’t a cheap option by any means, but if you're keen to have your child rear-facing for as long as possible, then the simple installation and comfort of this seat more than makes up for its price tag.

Many parents are choosing to keep their children rear-facing in the car for as long as possible. If you're one of them, the BeSafe iZi Modular i-Size could be the ideal choice.

This seat means that you can feel confident that your child is safe and comfortable (with plenty of legroom) in their car seat at all times, and that trips in the car are as stress-free as possible.

The simple installation is practically infallible and all those green indicators give real reassurance and leave you with one less thing to worry about. With all that in mind, we think this seat is a really good buy.

All Mumsnet product reviews are written by real parents after weeks of research and testing – this includes recommendations from the Mumsnet forums. We work hard to provide honest and independent advice you can trust. Sometimes, we earn revenue through affiliate (click-to-buy) links in our articles. However, we never allow this to influence our coverage. Read more on how we test car seats.

While it would, of course, be quicker and cheaper to send each product out to a different tester, we believe that consistent scoring and like-for-like comparison is crucial. The car seats within this category were tested against the same key criteria before given a final score. The criteria included: safety and stability, assembly, day-to-day use, aesthetics, cleanliness and value for money.