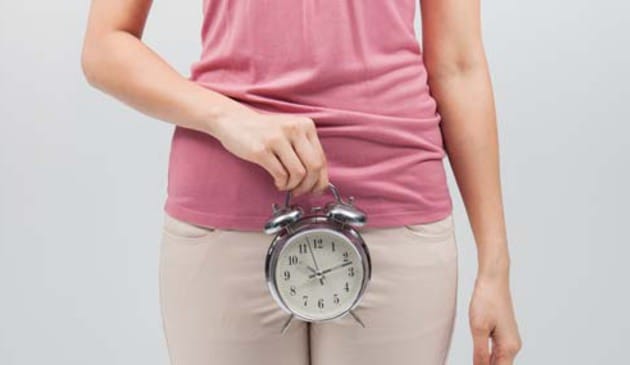 Here's a quick recap of how it all works, for anyone who was staring out of the window during biology GCSE:

Your most fertile time is the window of days leading up to ovulation, and on the day itself. Use our calculator to work out your most fertile days over the next six months.

How often should I have sex if trying to conceive?

The NHS advice to have sex every other day throughout your cycle should ensure a good chance of egg meeting sperm, no matter which day you ovulate. But the really crucial time is the five-day period leading up to ovulation, and the day of ovulation itself. If you know when you ovulate, therefore, you can concentrate your efforts more on that period of time. Sperm live for up to seven days inside the female body, so chances are that the one that does the business was actually there before ovulation occurred.

If you're thinking it might be more sensible to have sex every day to increase your chances of getting, think again: when it comes to conception-sex, it turns out there is such a thing as overdoing it. While you want to create a more-or-less permanent sperm presence, with plenty of the little fellers hanging around your fallopian tubes with intent, you don't want to end up with either you or your partner completely (and, in fact, literally) knackered on ovulation day.

“I had my husband on a punishing schedule when we were trying to conceive! Wasn't sure when I'd be ovulating as hadn't been off the pill long, so we aimed to do it every day for about a 10-day period. Had a day or two off I think – we were at a wedding on one of those days and I imagine it would have been frowned on if I'd jumped him during the ceremony.”

How do ovulation tests work?

There are two basic types of test to predict ovulation: saliva tests and urine tests. Neither is foolproof, but many women report great success with them. There are pros and cons to each.

Urine ovulation tests are very much like pregnancy tests: sticks that you wee directly onto (or you can wee into a cup and dip the stick in if your aim is a bit off). They alert you to a surge in luteinising hormone (LH) in your urine, which usually happens just a day or two before ovulation. You need to use them each day at around the same time, and it’s best not to test first thing in the morning as you might miss the LH surge for that day. They’re easy to use, though; many have a simple icon such as a smiley face that appears when you're about to ovulate.

These tests come with a little microscope that allows you to study your saliva. On the days leading up to ovulation, the oestrogen surge increases the electrolytes in your saliva, which causes crystals to form in it. As the saliva dries, the crystals create what’s known as a “ferning” pattern, which you can see under the microscope. Ferning kits are slightly trickier to use than urine tests, but the positive is that they'll give you a bit more notice of when you're gearing up to ovulate.

Used in conjunction with other methods of spotting ovulation, both types of kit can help you work out when the egg is about to drop.

Should I chart my temperature? Why? And how? 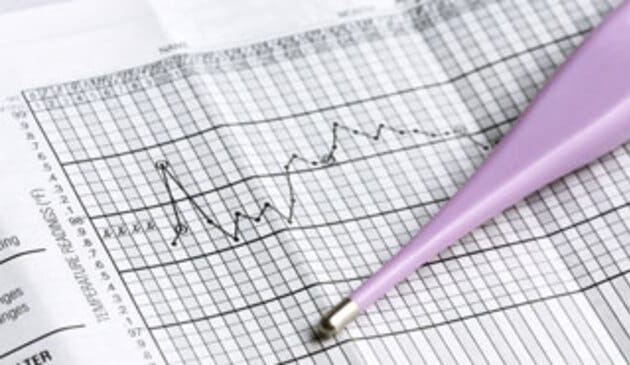 Taking your temperature each morning and recording it on a chart will help you pinpoint the day in your cycle on which you usually ovulate. Your temperature will dip slightly just before ovulation and then spike (don't expect dramatic results – we're talking 0.25 to 0.5℃ here) on the day of, and just after, ovulation. If you notice a spike of 0.2℃ compared with the previous six days, then you've already ovulated and it's ‘Barry White and candles’ night.

However, the most effective time to have sex, conception-wise, is in the few days before this happens. Seeing a temperature spike isn’t necessarily useful in your first month of charting your basal body temperature, therefore, but it becomes more useful each month as you begin to spot a pattern emerging and are able to anticipate your ovulation date in advance.

Is late ovulation a problem?

In and of itself, ovulating late (ie later than the expected ‘day 14’) makes no odds. It's the number of days between ovulation and your period arriving (your luteal phase) that matters – see below.

Is a short luteal phase a problem?

A short luteal phase may mean it's difficult for an egg to implant fully.

At the time of ovulation, the follicle from which the egg burst (the 'corpus luteus', which sounds pleasingly like a Roman Emperor), starts producing progesterone, and continues to do so for around 12 to 14 days. The effect of progesterone is to thicken the womb lining (or endometrium) to allow the fertilised egg to implant nice and snugly.

A short luteal phase is considered to be anything less than 10 days. This may be a sign that you have a luteal phase defect, meaning either that your body is not producing enough progesterone, or that your womb lining is not responding correctly to the progesterone. Luteal phase defects have been linked to several conditions, including polycystic ovarian syndrome (PCOS), endometriosis, anorexia, thyroid disorders, obesity and hyperprolactinemia.

If you've been temperature charting or using ovulation predictor kits (see above) and think you may have a short luteal phase, speak to your GP. It's tricky to diagnose but can be picked up with blood tests.

If you have a diagnosed luteal phase defect, there are a number of options your GP might suggest, including prescribing hCG or Clomid, both of which encourage ovulation to occur. Some will also prescribe progesterone, as a cream, suppository, tablet or injection.

"I have PCOS and very irregular periods. I have three happy endings – it took time, longer each time, but it's worth it. Difficult but not impossible."

Do irregular periods mean you can't get pregnant?

Not at all. But if your periods aren't arriving regularly it probably means you aren’t ovulating regularly either, so conception may be trickier. In some cases it can mean you aren't ovulating at all.

“My cycle was anything between 28 and 48 days. After six months we started using ovulation tests, which NEVER showed I was ovulating despite getting through about 40 quid's worth of sticks! But I got pregnant after nine months. I think the hardest thing is not being 'late' when you are irregular, so you don't know when to get your hopes up.”

If you've been trying to conceive for a while and aren't noticing the usual signs of ovulation, it's worth talking to your GP to find out if there is a problem. 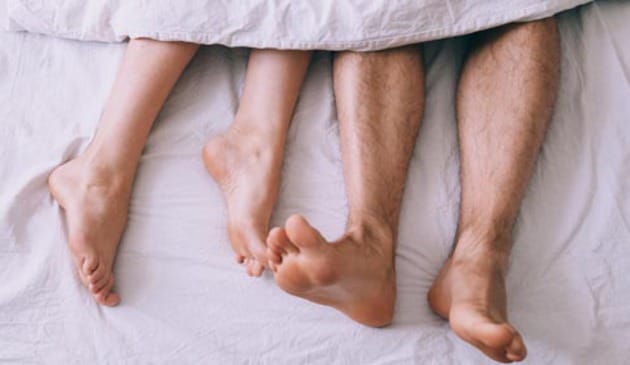 When to have sex to conceive a girl or a boy

When it comes to the sex of your baby, the sperm are the deciding factor: they carry either an x or y chromosome, while eggs carry only an x chromosome. If a male (y) sperm gets there first the baby will be a boy and vice versa for a female (x) sperm.

There are many and various theories about how you can swing the odds in favour of one sex or the other, ranging from keeping the 'environment' – yes, that's your vagina – acidic through to altering your position during sex. Some people swear by the 'timing' method (ie having sex on certain days of your cycle to conceive either a girl or a boy).

If you take all that into account, doing the deed in the days after your period, shallow penetration, and no orgasm for the woman is the key to conceiving a girl. Yes, we think an episode of EastEnders sounds more fun than that, too. But if you fancy organising your sex life to the nth degree in the hope of beating the odds, then who are we to stop you? Just don't bet your life savings on the result.

“My husband really wanted a boy. I followed a diet rich in sodium and potassium (and slightly above my calorie needs) for two months before trying to conceive, we had sex on the day I ovulated. We now have a lovely nine-month-old… daughter!”