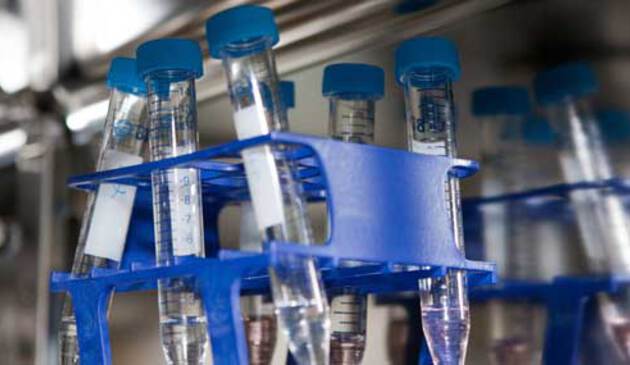 Artificial insemination is a medical procedure whereby semen is injected into the cervix. It's a fertility treatment aimed at couples who are unable to conceive through vaginal sex. This might be because there are physical or psychological limitations that make it difficult; you're in a same-sex couple, or you have a medical condition that means unprotected sex is not an option.

The semen can be from a male partner in the couple, or it can also be donor sperm from a sperm bank – but it's a tiny bit more complicated than popular discourse might have you believe.

What happens during the IUI procedure?

The procedure for IUI varies slightly depending on whether the sperm used comes from the couple or a donor. If you're in a heterosexual relationship before you have IUI, you and your partner's fertility will be tested to find out why you're having problems conceiving. If you're a female same-sex couple, you'll also be tested to check IUI is the right course of treatment for you.

Some private fertility clinics offer IUI. You can find one by consulting the Human Fertilisation and Embryology Authority’s fertility clinic finder – this is the body responsible for licensing fertility clinics and sperm banks in the UK. If you go privately for your IUI, then it’ll set you back between £800 and £1,300 for each cycle of IUI treatment – which is cheaper than the cost of IVF.

Can I have IUI on the NHS?

"I'm not sure whether I have a fertility problem, because nothing has been diagnosed. It was just taking a while to get pregnant and I was impatient. Ultimately, I also found it less stressful than trying to seduce my partner into having sex at exactly the right time every month!"

If you are considering trying to get IUI on the NHS, then you should see your GP for a referral. The eligibility criteria will vary depending on where you live – your local Clinical Commissioning Group (CCG) will have its own rules, based on the local public health needs. You can find out where your Local CCG is using the NHS CCG Finder tool. It's worth being aware that there might be a long waiting list for NHS fertility services.

The success of artificial insemination depends on a number of things, including:

Try not to get bogged down in the facts and figures, though, as your own individual success rate depends on so many factors. Your healthcare team will be much better placed to talk about how effective IUI will be for you.

How does intrauterine insemination work?

For IUI treatment to work, your or your partner's fallopian tubes must be open and healthy. If tests reveal that there is damage to the fallopian tubes, then it might be recommended that you have a “tubal patency test” to identify any problems or blockages. This might involve:

If a problem is discovered, then IVF might be recommended as a more effective fertility treatment.

You also might not be offered IUI if you have:

If you're offered IUI, it will be carried out just after ovulation, which usually takes place 12-16 days after your last period if they're regular. This can vary if your menstrual cycle is irregular. To help you figure out when you ovulate, you can use an ovulation prediction kit, which measures hormones in your urine or saliva. Otherwise, you may be given a blood test to find out when you're about to ovulate.

IUI is a relatively simple treatment that does not necessarily involve fertility drugs or IVF. If you are advised to take fertility drugs alongside IUI, this is known a “stimulated cycle” – though it’s not usually recommended by the NHS due to the risk of hyperstimulation of the ovaries, which can lead to multiple pregnancies.

If you are given fertility drugs to stimulate ovulation, then you will have ultrasound scans to track the development of your eggs. The scans will check how many eggs are maturing. And when an egg is mature, you’ll be given a hormone injection that'll cause it to be released.

IUI with a partner's sperm

If you have IUI using your partner's sperm, then you'll be asked to provide a sample at the fertility clinic. This usually happens on the same day that the treatment will take place. The sperm will be “washed” and filtered to produce a pure, concentrated sample.

The woman will then have a speculum inserted into her vagina, a bit like during a smear test. A catheter, which is a thin tube, is then placed inside the vagina and passed into the uterus. The sperm will then be drawn along the catheter and put into the womb.

IUI can also be carried out using sperm from a donor. This might be the case if you are in a same-sex relationship, you're a single woman, or there are male fertility problems. The process of insemination is the same as with sperm from the couple, but if you’re using donor sperm, the sample will be frozen and screened for infections first. Some infections, such as HIV, can take six months to be detected. It doesn’t matter if the sperm is from someone you know or a licensed, registered sperm bank – it’ll still be frozen and tested first.

Choosing to have donor sperm can be a difficult and emotional decision, so you should be offered counselling before you go ahead.

What happens after IUI treatment?

The treatment itself is pretty much painless, but there may be a bit of period-like cramping afterwards. Intrauterine insemination takes about 10 minutes and you'll then need to lie still for about 15 minutes.

Afterwards, you can usually pop home straight away. You might like to take the day off and take it easy but it's not necessary. And so the dreaded 'two-week wait' begins… At the end of the two weeks, you’ll be asked to take a pregnancy test to see whether the treatment was successful.

Are there any risks involved with IUI?

The risks of IUI are minimal. You might have some cramping after the treatment itself but it shouldn't be painful. And if you've been taking fertility drugs, then there is an increased risk of having a multiple pregnancy. If you have a multiple pregnancy, the additional risks associated with it are not the result of IUI but simply because carrying and delivering more than one baby is more complicated.

You might be tempted to avoid going the 'official' route and either come to some arrangement with an unofficial sperm donor or buy sperm off the internet, but the HFEA advises against it, as “You could be putting your health and that of the unborn child at risk as the same checks and screening do not apply. The legal position is also less clear and if you use donated sperm, the donor could have a claim on or responsibility for the child.”

However, if you're using sperm from your partner, then there are no legal issues and, in theory, the 'DIY' method is the same as if you were to do it the, er… ‘traditional’ way.

If low sperm motility is an issue for your partner, you can purchase kits online that comprise a syringe and a specimen pot. It takes some of the romance out of the whole event – but then again, doesn't trying to conceive do that anyway? You'll usually get some form of ovulation calendar to use as well.

"I did once use the sperm gels and I did get pregnant that cycle. I've always felt the most important thing was to use the sperm as quickly as possible and, if possible, orgasm"

"You can buy artificial insemination/home insemination kits off the internet. You don't need a speculum, but you want to try to get the sperm as near your cervix as possible, to make the journey as easy as possible."

"I collect the semen in a soft cup and insert it, then lie with my hips raised and legs up."

"This is our first month trying AI and it felt amazing late last year to have a conversation about how we were going to take things forward and that this might be a good option for us. If you are able to talk to your partner about AI as a strategy then you might feel relieved that you have a possible option."

Coming off the pill - how long will it take to get pregnant?