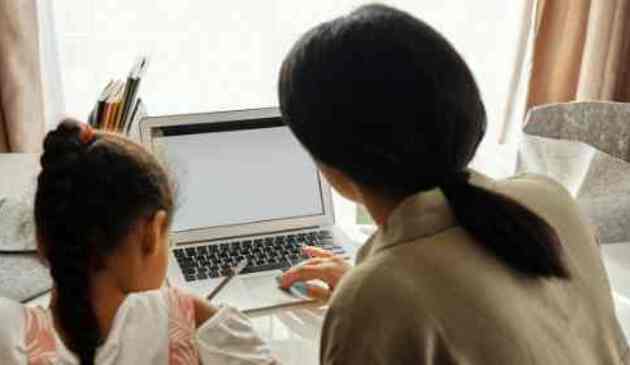 A new Mumsnet survey of over 1000 UK parents of school-aged children reveals that 62% want children in primary and public exam years to return to school after the February half term. 75% say school lockdowns are harming children’s education, and 73% of those doing home-schooling say their child is more demotivated and disengaged than they would be on a ‘normal’ school day.

71% of primary school parents in paid work say ‘lockdown learning has made me a worse employee or less effective at work’. 55% overall, and 67% of those with primary school children, are worried they’re letting their employer down because of time spent supporting their children’s learning – and 75% are worried they’re not doing enough to support their children’s school work.

Parents of younger school-age children are finding things particularly difficult. 60% of parents with children in primary school say this period of lockdown learning is more difficult than the last one because it feels more permanent and exhausting.

Parents are increasingly worried about the impacts on their children’s wellbeing and future development. 75% say school lockdowns are harming children’s education, and 73% of those doing home-schooling say their child is more demotivated and disengaged than they would be on a ‘normal’ school day. (48% of those whose children are physically at school say the same.)

When asked about levels of confidence in the handling of COVID and children’s education:

76% think teachers and schools have been given an impossible task in coping with COVID-related school closures, and 89% think parents who have young children and paid work are in an impossible situation.

Mumsnet Founder Justine Roberts said: “There are no bright spots here. Most parents accept that the national situation demands restrictions on school attendance, but the impacts on parents and children are serious. Working mothers in particular are really struggling, and worrying about their own future in the workplace as well as children’s education and wellbeing. We’re hearing of mothers getting up earlier and earlier and going to bed later and later at night, sometimes working past midnight to make up the hours they spend supporting their children during the day. Parents and children need some real clarity now about when and how schools might open, and about how exams will be handled.”

Survey of 1,002 Mumsnet users in the UK with at least one school aged child, between 20th January and 22nd January 2021. The data is not weighted.