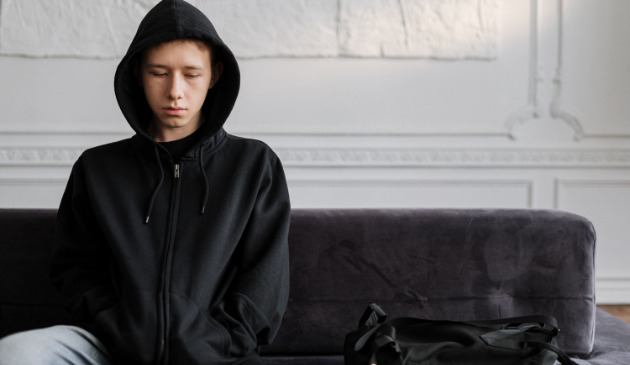 Realising that your teenager is harming him or herself can be extremely distressing, but understanding is the first step to helping them on the road to recovery. We've joined forces with teen mental health charity stem4 to give you all the information you need.

Self-harm is when someone harms him or herself for a specific reason, such as to release tension, to feel in control, because they don't like themselves or to express emotional pain in a physical way.

This can include cutting, burning, picking at skin and in severe cases suicide attempts. Self-harm can be visible or hidden.

There is a common misperception that self-harm is a form of attention seeking, but it is usually a sign of stress or distress.

It can affect anyone of any age, background or race. Some people self-harm on a regular basis while others only on a few occasions.

Together with some of the elements described below:

The first thing is to discuss your concerns with your son or daughter.

Try to work out an agreement as to what will happen next. Bear in mind that the discussion won't be easy - teenagers who self-harm can feel very ashamed or fear being 'told off'.

Be kind, patient but determined. Listen and give them space to talk.

Talking about emotions rather than self-harm is more effective. So rather than asking them directly why they self-harm, a discussion about how they have been feeling will be more helpful.

Don't take away the tools they may use to self-harm. If young people want to harm they will find ways. What's more important is to discuss with them what you could do together and get their consent to take 'tempting' items away.

Keep boundaries - it makes children feel safe to know there are rules.

Let them know you are around but don't be 'on their case' and check on them constantly.

Don't tell them to stop - if they could, they would.

It's important that you don't make them feel that what they are doing is wrong, or embarrassing.

Because there are many reasons young people self-harm, it's important to get a diagnosis. Get your teenager on board in finding out with you about local services and making choices.

Your family GP should be your first port of call. They can assess physical contributing factors, if there are any, and then make recommendations for appropriate treatment.

They may refer you to CAMHS (Child and Adolescent Mental Health Services), which include psychiatrists, clinical psychologists, cognitive behavioural therapists, and counsellors.

Your school may also have a child protection officer or school nurse who knows about appropriate services.

The severity, frequency, type of behaviour and how long it has been used for will determine the choice of treatment. This will need to be assessed by a specialist.

Treatments include individual, group and family-based treatments. There are lots of practical techniques available to help deal with the behaviours.

However, it will also be important to explore what contributes to the behaviours and help make fundamental change.

How the family unit responds to and influences self-harm behaviour can be a critical step in recovery and there is a very positive role you can play as a parent.

Last updated: over 5 years ago