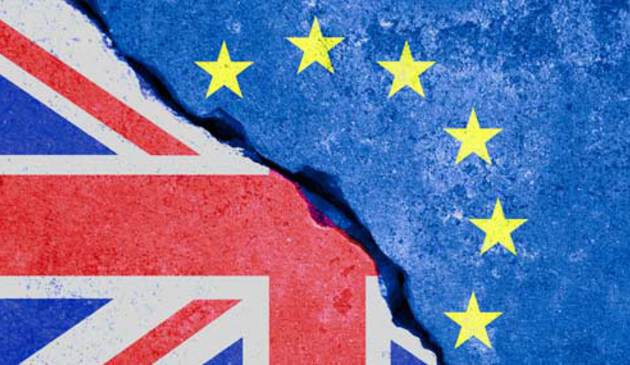 What is the Brexit deal?

What are the benefits and downsides of the current Withdrawal Agreement (WA)?

"It depends who you are. It is a compromise that, to a large extent, squares the circle of the PM's red lines and the EU's negotiating position. For Leavers, still being under EU rules and in a customs arrangement mean that this is 'Brexit in name only.' For others, the lack of clear arrangements for services is problematic" – PAM

1. Largely protects the rights of EU citizens in the UK and Brits in the EU.

2. Transition period until December 2020 – not much will change until then.

3. The customs backstop making the risk of a hard border in Ireland unlikely. – PJP

1. Uncertainty about the future trading relationship between the UK and EU after the transition period.

2. The customs backstop means we still follow EU rules on tariffs etc but without a voice.

3. Any future trade deal has to be approved unanimously by the EU27 countries – it could be held hostage by the French over fish, the Spanish over Gibraltar, etc. – PJP

Does Theresa May’s deal deliver on the promise of 'taking back control'?

To some extent. It ends freedom of movement – unless we decide to sign up for it again when we negotiate the future trade deal – and it reduces the authority the ECJ has over laws here. Brexit essentially boils down to a trade-off between trade with the EU and autonomy (or control). – PAM

The fate of the current Brexit deal

How can we avoid No Deal if this deal doesn't get through?

It would require either acceptance of the deal, a different deal, or a decision to hold another referendum or an election to try to resolve this. – PAM

What is likely to happen with the deal?

The key question is what will happen at the meaningful vote on 11 December in Westminster. At the moment, it looks like the government will lose that vote, although Theresa May is working hard to overcome the opposition to the vote. If she does lose then the options are: she resigns (unlikely), is subject to a leadership challenge, or calls for a general election or a second referendum. She might wait to see if the pound sinks, and then call a second meaningful vote. It is not very likely that the EU will agree to renegotiate what is already a substantial Treaty. – PCB

Could another deal appear?

It depends. I think if we had a new PM, the EU might extend Article 50 and negotiate, as long as they thought the new PM had something realistic in mind. I can't see the current PM getting much beyond cosmetic changes – if that – if she went back to them now. – PAM

Should we have a People's Vote – to allow people not illegible the first time a chance to vote?

A lot of people were not able to vote last time, like EU nationals living in the UK and UK nationals who have lived abroad for more than 15 years. By definition these are the people most affected by Brexit and so would want a say this time. However, if the franchise was changed some would say this was done deliberately to affect the outcome. – PCB

Changing the franchise before a vote could be rather dangerous – that politicians would be doing so to help them win; not a good look for democracy. I suspect the SNP polled young people quite carefully before extending the franchise for the Scottish referendum. – PAM

Does the Good Friday Agreement (GFA) actually prevent the UK from leaving the EU if this results in any hard border between the Roi and the UK/Northern Ireland?

The genius of the GFA was that a lot of the difficult questions were avoided because both the UK and Ireland were in the EU. Given that the UK is leaving the EU, Ireland becomes the outer edge of the EU and so must protect the entry into the EU’s internal market and so there needs to be a border there in the absence of an agreement to the contrary. That is where the Irish backstop fits in which can be found in a Protocol to the Withdrawal Agreement. The EU and the UK hope the backstop is never used so that a future trade agreement is negotiated which avoids the need for a border on the island of Ireland. – PCB

The impact of Brexit

What are the likely consequences of a No Brexit Deal?

It is likely that things will be very difficult in the short term – for instance, massive tailbacks at Dover which will slow up the process of getting food and medicine through. The Secretary of State for Health has said there will be deaths. The question is whether, in the event of a non-deal Brexit, the EU will in fact do a series of mini deals. At the moment, M. Barnier, the chief negotiator for the EU, says no. – PCB

Who benefits (or not) from Brexit?

Overall, both the current deal and No Deal will make the UK significantly poorer – but No Deal will be considerably worse, and there is also the scope for short-term disruption. The deal currently available will be much better for manufacturers than No Deal, because it keeps us in a customs union with the EU (although there will still be downsides). Paradoxically the big winners from the proposed deal might actually be Northern Ireland business – because they'll keep frictionless trade (more or less) with both the EU and the rest of the UK. – PJP

How will the end of 'free movement' affect UK citizens?

It will be much harder (but not impossible) for UK citizens to work, live and retire in the EU – we'll be treated like citizens of other non-EU countries like the US, and will have far fewer rights. Different EU countries will have different rules. It's possible it may be easier for students if we can make a deal, but that's not clear yet. – PJP

What difference will the average family experience post-Brexit?

It depends very much on whether there is a deal or not. In the case of No Deal, we will all experience some disruption due to disruption to trade – so higher prices and perhaps shortages. The pound will probably also fall, which will make things more expensive, as it did after the vote itself. If there is a deal, then any impacts will be much slower, but people in some sectors (eg car manufacturing, financial services, etc) may see impacts on wages and jobs. – PJP

Could Brexit actually solve any of the UK's socioeconomic issues that led to the Leave vote?

Not directly; indeed, since the likely impact of Brexit is to make us somewhat poorer, it may make it harder to solve some of these issues. And there's nothing at all about EU membership that stops us dealing with them now. But if it makes politicians take some of these issues more seriously and come up with policies that address these concerns, perhaps it could indirectly lead to some positive outcomes. – PJP

That is ultimately up to the government in power. If they chose to devote resources to, say, solving the housing crisis, they could do a lot. But, there will be less money available. That's not to say lots could not be accomplished, but difficult choices would have to be made. That being said, some people argue that these things would not even be on our radar now were it not for the referendum. – PAM

The social fund, the family fund, loans and advances