Your baby at 9 weeks

Congratulations – your tiny embryo has lost his funny little tail, making him a foetus and becoming instantly more baby-like.

Now he’s looking less like a jellybean and more like a jelly baby with an oversized head. This is because your baby's head gets, literally, ‘a head start’ in life. It takes a few weeks for the rest of the body to catch up but there’s lots more going on this week, too:

What size is the baby at 9 weeks? 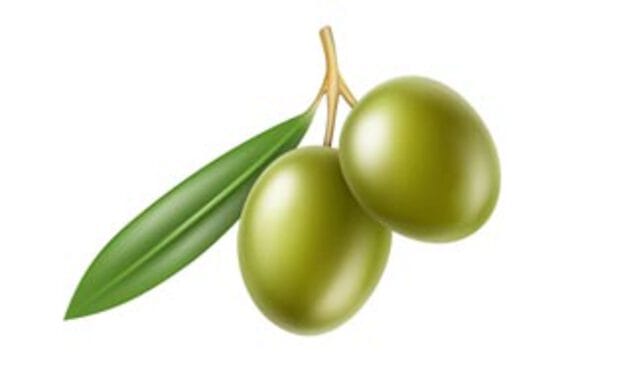 By the beginning of the ninth week, your baby's head will make up half of the entire crown-to-rump (head to bottom) measurement.

Your baby is growing quickly now, ready to impress you at your 12-week scan. He is 3cm from the top of his head to his bottom – that’s about the size of an olive – and will double his length over the next three weeks.

How is your body changing in week 9?

By week nine, your placenta is almost fully formed and ready to take over the work of producing the hormones required to keep the pregnancy going from the corpus luteum, which develops from an ovarian follicle at the time of ovulation.

The placenta is also releasing hormones now and, once it takes over the work of feeding and growing your baby, in a few short weeks, you should start to feel less tired and sick.

Many of the other symptoms you’ll be noticing around now will be due to your circulation. This may be more science than you need but it explains almost everything; the tiredness and how hot and faint you can feel.

The volume of blood in your body has to increase to support your growing baby. Normally, you carry around five litres of blood – this becomes seven or eight litres in pregnancy. Some is from red blood cells but most is from liquid called plasma.

Your red blood cells catch up in the second trimester when your baby puts demands on pretty much all of your body. So your metabolic rate soars by up to 25% and every minute your heart beats it has to send an extra 40% of blood round your body. The blood flow to your uterus, breasts and kidneys increases up until birth.

The signs and symptoms of early pregnancy may still be raging at week nine, though do try not to panic if you aren’t sick, tired or suffering from any of the other signs that floor lots of women in the first trimester – some women just get lucky and don’t suffer too badly.

One thing you probably will notice is the need to pass urine more often. Partly because your growing uterus presses a little on your bladder, but largely because you've got more blood than usual being filtered through your kidneys, which in turn means you have more pee to, err… pee.

Sod’s law decrees that the need to pee will be worse at night. And when you’re probably already feeling pretty exhausted, having to get up several times a night to nip to the bathroom isn’t ideal. Try to avoid drinking for two hours before bed, cut out caffeine completely and empty your bladder fully by rocking back and forwards when you're on the loo.

Make sure you do go to the loo whenever you need to rather than hanging on, as this can cause urinary tract infections which can be harmful to your baby. If passing urine hurts you should see your doctor within 24 hours. There are safe antibiotics to take if you need them.

Things to think about during week 9 of pregnancy

Whether you're feeling fabulous or flipping awful, to a certain extent life continues as normal once you’re over the initial excitement of the little blue line and there’s no reason why you can’t get on with most of the activities you did before you were pregnant, in fact, staying active is recommended.

You might have assumed that once you’d conceived, sex would be the last thing on your mind but many women find that pregnancy hormones ramp up their sex drive and even intensify the pleasure they get from sex. Others don't.

If you're feeling knackered and nauseous, getting passionate with your partner is quite possibly the last thing on your mind at this stage.

However, if you're in the first camp, or if your energy levels peak in later weeks and you find you're in the mood, there's no issue with having sex while you're pregnant.

You may think it's a little weird doing the deed with a baby inside you, but rest assured he is entirely separate (although, in the later months, he may kick in response to any contractions from your orgasm). As always, if you experience any discomfort or bleeding, you should speak to your doctor.

Yep, the ‘other’ kind of exercise is not just OK, but to be encouraged, too. Obviously, you need to take it slightly easier and there are a few exercises you can’t do in pregnancy such as anything with a high risk of falling or being hurt, contact sports and things like scuba diving. But most activities are ok as long as you aren’t new to them.

Why not use this time to look up antenatal exercise classes in your area? You might even make a few due date buddies to compare notes with.

I had no early symptoms with either of mine, other than needing to pee more and being a bit more tired.

It can be incredibly hard at this stage to 'feel' pregnant – it doesn't seem real. Your uterus will 'pop' in a couple of weeks (you get a little bulge between your pubis and your belly button) which will help you feel like there's something there!

I'm around nine weeks and my symptoms started easing off about two weeks ago. I still throw up in the morning, though, and I don't like the thought of food because it makes me gag.

I had sore boobs and sickness for the first five weeks and then… nothing. I was absolutely terrified and only had my first scan at 12 weeks. I didn't even let myself get excited because I was so sure they'd tell me there was no heartbeat. Everything fine.