This topic is for discussions about campaigns Mumsnet is running or may be planning to run. Go here for other campaigns or petitions and go here for the Mumsnet campaigns hub.

This topic is for discussions about campaigns Mumsnet is running or may be planning to run. Go here for other campaigns or petitions and go here for the Mumsnet campaigns hub.

Here's a post from BLISS, the charity for babies born sick or premature and their parents, about a new bill coming to parliament:

"The current parental leave system is failing parents with a baby born premature or sick. When a baby is born needing extra hospital care, parents struggle to meet the cost of living, and many return to work while their baby is still sick, or before they are ready. A new Bill is being introduced to give parents more time – but we need your help to push it through.

Ask your MP to support the Bill.

Stuart McDonald, SNP MP for Cumbernauld, Kilsyth and Kirkintilloch East, is taking a Bill through Parliament that will benefit thousands of employed parents every year – providing them with up to 12 weeks paid leave from work if their newborn baby is hospitalised or need medical care for 7 days or more.

Stuart, who topped this year’s Private Member’s Bill Ballot, said, “No parent should have to choose between being with their premature or sick baby in neonatal care and having to go back to work to earn a living.

"With the cost of living soaring, it is more important than ever that we secure an urgent change in the law so that parents of babies in neonatal care get the paid leave and support they need at an incredibly challenging time.

"I'm delighted to bring forward this bill with the backing of Bliss and families across Scotland, Wales and England.”

For every seven babies born in the UK, one baby is admitted to neonatal care shortly after birth. Babies receive neonatal care either because they have been born prematurely (before 37 weeks of pregnancy) or at full-term but sick, for example they might have an infection, difficulty breathing or a genetic condition. Babies who are part of twin or multiple pregnancies are more likely to require neonatal admission after birth.

For parents of these babies, the experience is life changing. Rather than taking their baby or babies home shortly after birth, they are admitted to a specialist hospital unit. Babies can spend days, weeks or months in hospital and for many parents this means that much of their parental leave is spent in hospital or caring for a poorly baby at home, rather than getting time to bond. The experience can be traumatic, and 80 per cent of parents report that their mental health became worse after their neonatal experience.

The lack of extra maternity and paternity leave entitlement when a family finds themselves in this scenario means that many parents return to work while their babies are in hospital because they can’t afford to take time off unpaid. Recent research from the chary Bliss found that in around 70 per cent of families with a significant neonatal stay, at least one parent returned to work while their baby or babies were still in hospital.

There is a serious financial impact to having a baby in neonatal care. The additional cost, for families responding to a Bliss survey was £282 per week or £2,256 over the course of their baby’s stay in hospital.

One in four families told Bliss that they had to borrow money or increase their debt due to their baby’s neonatal stay. As household and living costs are rising, the pressure on families with a sick baby in hospital is increasing, making it even more important that MPs take action now.

The Bill will have its 2nd Reading in the House of Commons on the 15th July – the next stage in the long process of getting this essential support for parents. At 2nd Reading, MPs debate the issue and vote about whether the Bill can progress further. We need to get as many MPs along to support the Bill as possible. Support Bliss’ campaign by asking your MP to attend here: https://neonatalleavepaypledge.good.do/shareyourstory/Action/"

You do realise that this will mean less jobs for women of child bearing age? Employers in small to medium size businesses struggle with maternity and carers leave already. The answer to them will be to stop employing women who might get pregnant, just like it used to be up to the 1990s. Parents can take leave at the moment and that is how it should be. Women who miscarry have to use their sick leave and holidays... Why not parents?

No I don't think I could support this. Entitlement to maternity pay is already massively unfair with some firms offering generous schemes and others the barest minimum. This would just widen the gap.

My son spent his first 2 and a half weeks in neonatal nicu and special care after suffering a devastating brain injury.

It was the most traumatic time of our lives and the day after we took him home, his dad had to go back to work as his paternity leave had ended.

Every day and for weeks, months, now years, there was/is a raft of interventions and medical appointments we both need to attend.

Due to the lack of paid parental leave for both parents this often meant that my sons dad couldn't be present. With the right to more time off to attend appointments he would have been able to support our family by being present and involved.

Arriving home with a seriously sick child and mum recovering from crash section, caring for a sick child alone was incredibly tough on all of us - please sign and support families of sick and premature babies. This support would have been invaluable for working families like us.

My understanding of this was that it was more likely to mean that dads would get more time off in the situation described and wouldn't be forced back to work after 1 - 2 weeks.

As someone who runs a small business, this makes me very nervous. In those 12 weeks, that person accrues annual leave and needs their NI/Pension contributions paid. It isn't without cost.

I agree with the principle but the reality is going to be a huge burden to small businesses which may already be struggling to keep going.

This could do with being clearer. I suspect they're actually talking about increasing paternity leave. Which would provide increased support for the mum and sick baby, and also for any existing children. It is important to remember that level 3 neonatal units, for the sickest babies, are only in the bigger centres. Parents may live hours from the unit where their baby is being cared for. In the case of multiple birth, due to limitations in cot numbers, it is not that unusual for babies to be split between more than one unit, especially if they need different levels of care. If this is talking about paternity leave, I would definitely support it.

I think it's an example of where trying to use inclusive language has meant the actual message has been lost.

I think the first step towards making this (very sensible) proposal feasible is to no longer make businesses responsible for maternity leave payments. These should be made by the government, as is the case in other countries. 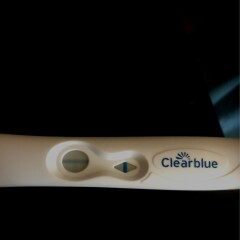 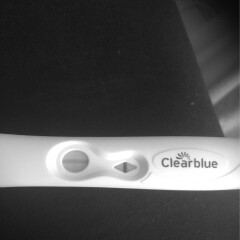 Looks like a faint + in the first photo. Evap in the 2nd x

Add message Report
Please or to access all these features
New posts on this thread. Refresh page
Flip
Please create an account