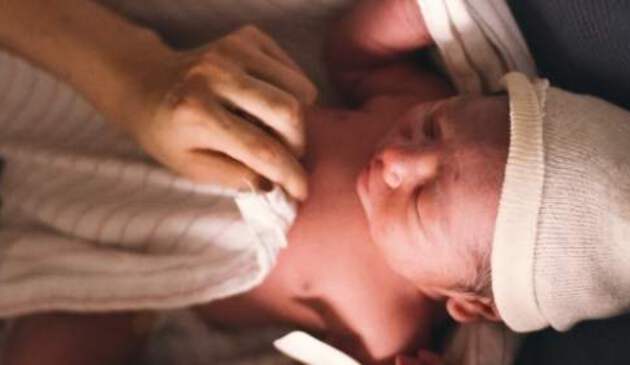 Five years since Nadine Montgomery’s Supreme Court case established that expectant mothers are the primary decision makers in their own care, a new survey for Mumsnet and the charity Birthrights reveals that most say this doesn’t reflect their own experience.

The ‘Montgomery ruling’ of 11 March 2015 is named after plaintiff Nadine Montgomery, whose son was born with cerebral palsy as a result of complications during his birth. Mrs Montgomery, who is diabetic and of a short stature, raised concerns a number of times about her baby’s size and whether she would be able to give birth vaginally.

In a unanimous decision, the Supreme Court ruled that Mrs Montgomery should have been told about the increased risks of a vaginal delivery in her circumstances, and been offered the ‘reasonable alternative’ of a caesarean section if she preferred. The court ruled that women cannot give informed consent to decisions about their care if they are not given personalised information, presented in an understandable way, as well as the opportunity to have a proper discussion with a healthcare professional.

“I was told what was going to happen to me. I had no say in it.” – Survey respondent

“Staff tended to treat me like a child, telling me what I must do. When I disagreed with their instructions I was met with disapproval and silence. It was a battle.” – Survey respondent

Survey respondents were given an outline of the legal position – ‘An expectant mother is the primary decision maker about her care, and the midwives’ and doctors’ role is to advise her’ – and asked whether it reflected their own experience. Less than half (45%) said it did, while 42% said it did not.

“I was called in to hospital to 'discuss a sweep' – but they just carried it out without discussing it with me at all.” – Survey respondent

Responses seem to show that women who have atypical pregnancies or pre-existing health conditions are more likely to receive information about choices:

“My first birth was consultant-led due to having a complicated back problem. I felt very taken care of. The team informed me and gave me options the whole way along.” – Survey respondent

The survey shows clear disparities in the way some birth and care choices are discussed with women:

“I wanted a home birth and, although it was all agreed weeks in advance, they tried to make me go into hospital just before the birth.” – Survey respondent

43% of respondents said the information they were given was not tailored to their individual situation, and 61% said they would have liked more information to help them make decisions about their care and planning for birth.

“After three days of labour, I was told to choose between an emergency forceps delivery or C-section. I knew the risks of a C-section so I opted for forceps. I ended up with a severe prolapsed bladder which is making my life a misery. I had no idea this was one of the risks of forceps and that it apparently happens to lots of women.” – Survey respondent

“My labour spun out of control and things just started happening to me without discussion. I was very much pressured to agree to certain things because they felt it best.”- Survey respondent

These survey results and commentary will be submitted to the Health and Social Care Committee’s inquiry into the safety of maternity services in England.

Nadine Montgomery, plaintiff in the Supreme Court case, said: “Five years ago, the Supreme Court ruled that I was denied my right to make an informed choice about how I gave birth. My legitimate concerns were overruled because a doctor felt that she knew best. My son and I live with the consequences everyday. My real hope is to see a sea-change in healthcare where all pregnant women, and indeed all patients, are treated as capable adults who are supported to make informed choices, who are listened to and respected, not treated like children who need to be told what to do. If this is the legacy of the 16 years I spent taking my case through the courts, it will have been worth it."

Mumsnet Founder and CEO, Justine Roberts, said: “16-year-olds are assumed to have the competence to make their own medical decisions, so surely women preparing for birth should receive the same basic level of respect. Yet five years after this legal standard was set, too many expectant mothers feel decisions are taken over their head. This issue undoubtedly raises complex questions for time-pressed midwives and doctors, but railroading women into birth decisions can have devastating consequences. It’s worth taking time during antenatal appointments to get this right.”

Maria Booker, Programmes Director, Birthrights, said: “Five years on from the Montgomery vs Lanarkshire decision, it is concerning to see that a majority of women still don’t feel like they have the right to make decisions about what happens to their body during pregnancy and birth even though it is their clear legal right to do so.”

Kim Thomas, CEO, The Birth Trauma Association, said: “It’s shocking that five years after the landmark Montgomery ruling, women are still not being properly informed about their choices in childbirth. Women tell us, for example, that interventions are sometimes carried out with their consent, or they are warned of the risks of giving birth by caesarean but not of the risks attached to a forceps birth. Women are adults and deserve to be treated as such. We hope that these findings remind health professionals of the importance of seeking informed consent from women giving birth.”

Suzanne White, clinical negligence partner at Leigh Day Solicitors, said: “Since the landmark case of Montgomery, without question, when a woman gives birth, she should be fully informed of all the scenarios that might occur, and be aware of all of the choices that will be open to her within each set of circumstances. As labour progresses, there should be a fully open dialogue between the mother and medical staff who are attending her, in which she is kept informed of every development and possible consequences. Anything less would be a dereliction of duty on the part of medical professionals. Every mother wants to be absolutely sure that she has made the best choice for her unborn child, and she can only do that if she is fully aware of what is going on, is fully informed and, no matter how stressful the situation, understands what the consequences of her own choices will be. Five years on from Montgomery, sadly I do think we have some way to go to improve informed consent and women’s rights in birth.”