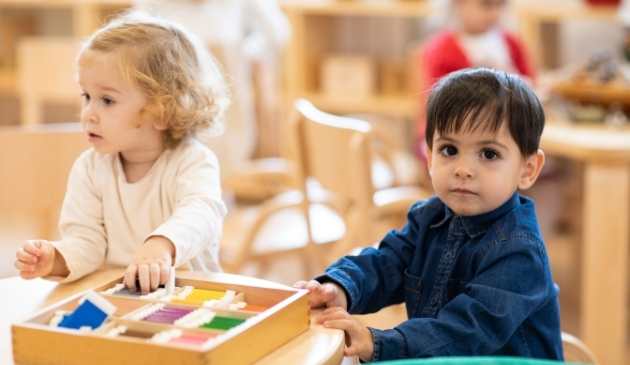 A survey of over 20,000 parents in the UK, run by Mumsnet in partnership with a coalition of parenting and campaigning groups, offers stark and sobering insights into the catastrophic impacts of childcare costs on the lives of parents - particularly mothers - and children.

Working with Pregnant Then Screwed, the TUC, the Fawcett Society, the Women’s Budget Group, Gingerbread, Working Families, the Fatherhood Institute and Maternity Action, the survey asked parents in the UK with children aged under 18 to share their experiences of using childcare. Of all respondents: 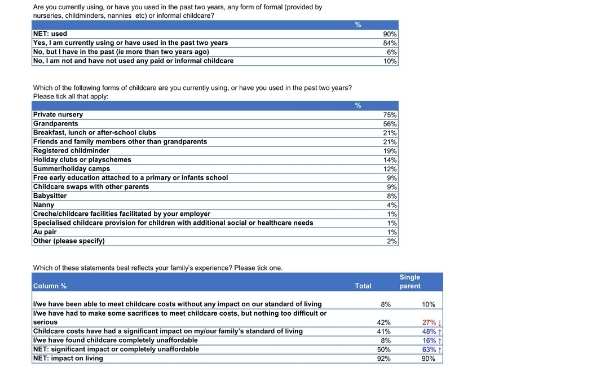 One third (33%) of parents using childcare say their childcare payments are bigger than their rent or mortgage. (This rises to 47% of those with a Black ethnic background, 42% of those receiving Universal Credit, 40% of the under-30s, 38% of single parents, and 38% of those who work full time.)

50% of parents who used childcare said that paying for it had either had a significant impact on their family’s standard of living, or was just completely unaffordable; this rises to 63% of single parents.

94% of parents who changed their working patterns after having children say childcare costs were a factor in that decision, and 73% said they had had difficulty finding appropriate childcare that met their needs (including 83% of C2DE parents, 80% of single parents and 80% of those with a BAME background).

Unsurprisingly, parents are looking for radical solutions to the childcare crisis:

68% of parents say Shared Parental Leave has not been helpful for their family, or that they don’t understand it. However men are much more likely to say it’s been helpful, with 36% of dads saying it helped their family, compared with 16% of mothers.

Almost 100% (99%) of all parents agree that childcare should be recognised as a vital part of our economic and social infrastructure, and invested in accordingly.

At Mumsnet we’ve known for a long time that UK childcare is causing huge problems for families and mothers, but even so we were surprised by how stark these results are. The burden of childcare costs falls heavily on the shoulders of those who can least afford it, and it’s shameful to see that families are going without essential food or falling into debt to meet nursery bills. Across the piece, single parents, those from Black backgrounds, and younger parents are all struggling even more than the average parent - and, as always, mothers are paying the price much more than fathers are, both literally and figuratively. Parents have shown that they are ready for a radical shake-up. Now it’s time for the government to listen and to invest in childcare as the essential infrastructure that it is.

For a release specifically about the impacts on low-income families, read this press release: "16% of parents on low incomes say childcare costs force them to use food banks"