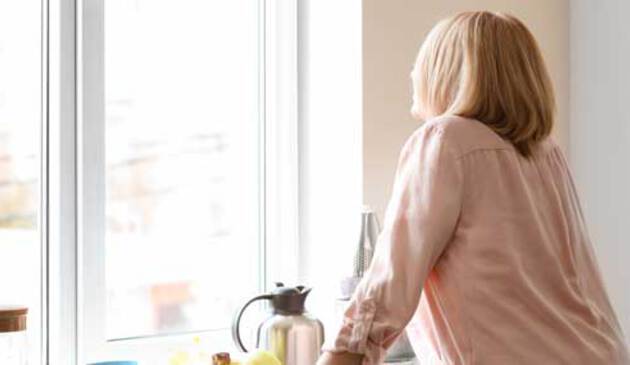 Figures released as part of Mumsnet’s Campaign for Better Postnatal Care reveal how many mothers are struggling with painful sex and problems with continence, months or years after their babies were born.

“On telling the obstetrician my symptoms (stress incontinence and pain during sex) I wasn't really expecting to be fobbed off with 'Oh well, that's just a normal part of childbirth'.”

In the survey of women who gave birth between 2013 and 2016, more than one third (36%) report that sex has become uncomfortable for them some months after the birth, and 42% say they have experienced problems with continence or their pelvic floor.

“I suspect there are thousands of us who never talk about it. I certainly never have. Three children and a forceps birth have basically finished my bits off.”

Of those who reported that sex had become uncomfortable:

"I went to all sorts of pregnancy and birth classes and nobody ever talked to me about the long-term physical consequences of birth. My body will never be the same again. I wish someone had at least bothered to prepare me for this fact."

More than one-third (34%) of women who tore during birth or had a caesarian said they did not have adequate care for the surgical wound or injury in the weeks following birth. And of those who had an assisted birth using forceps or ventouse, only 20% had a debriefing on the postnatal ward with an obstetrician or midwife, despite this being recommended best practice.

"I think there is a pressure on women not to talk about birth injuries as 'it was all worth it to get my baby'. It shouldn’t be a binary choice between birth injury or no baby."

Mumsnet Founder Justine Roberts said: “For most mothers, thankfully, birth means a baby – but it also means tears and wounds, and for some it can mean uncomfortable sex, incontinence or prolapse symptoms that last for years or even decades. We see so many stories on Mumsnet of women struggling on with their daily lives despite pain and degrading symptoms. We need an honest conversation about what birth can mean for some mothers, and for women to feel they have permission to discuss these symptoms with their healthcare providers and receive effective care.”

Debra Bick, Professor of Evidence Based Midwifery Practice at King’s College London, said: “The Mumsnet Campaign for Better Postnatal Care highlights yet again the long-term impacts of birth on women’s health. For too long, postnatal care has been the ‘poor relation’, despite high numbers of women experiencing problems which persist way beyond the 6-8 week postnatal period. Evidence is growing of why we need to plan and promote postnatal care which enables women to discuss their health needs with clinicians who have the appropriate skills and competencies. If we want to promote life course health for women and their babies, we cannot continue to ignore postnatal care.”

Sarah Francis at Wellbeing of Women said: “Despite being all too common, women’s health issues, such as continence and pelvic floor problems following childbirth, remain taboo with many women suffering in silence and afraid to seek medical help. Wellbeing of Women believes it is vital to have open and honest discussions about these areas. Helping women to share their experiences, and realise they are not alone, enables healthcare professionals to provide the best care to their patients. Wellbeing of Women hopes this survey opens the conversation and aids in better understanding on these topics.”