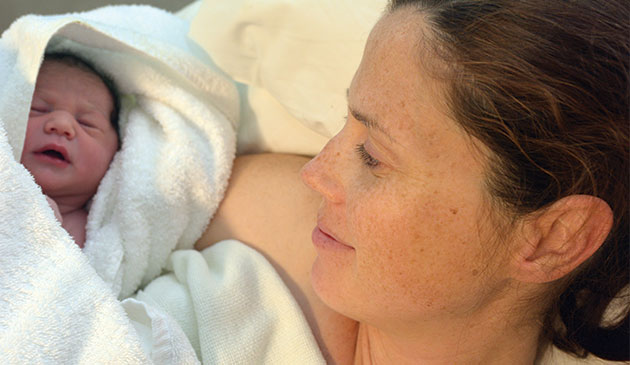 A survey by Mumsnet, released in 2017 to coincide with a new campaign to improve postnatal care, reveals major problems with healthcare for women who have just had babies.

The survey of more than 1200 women who've given birth in the UK in the last three years shows that among those who stayed in hospital after giving birth, many reported that it was sometimes difficult to access food, pain relief, drinking water and washing facilities.

"I had a traumatic breech birth that lasted several days and the postnatal care was horrible. Food was left out of reach and water was never topped up."

In the approach to the 2017 General Election, Mumsnet called on politicians to make manifesto commitments that will ensure all new mothers receive the basics of good care when they're staying in hospital.

Bad experiences on the postnatal ward can have shattering effects on women and their families. A shocking 19% of women who had a hospital stay say it affected their mental health for the worse; 5% say they developed PND and that the postnatal environment in hospital was a contributing factor. 20% were frightened for their own or their baby's wellbeing; 15% did not always feel safe during their stay on the ward. 45% were sometimes unable or not able at all to access pain relief when they needed it.

"When my health reached crisis point the staff were all excellent and saved my life, but I got to the point where I was in danger because the staff were overstretched. I was ignored and isolated and left to deteriorate. I have PTSD as a result."

Mumsnet called on politicians, the Department of Health and healthcare providers to commit to ensuring that all new mothers have access to the absolute basics when they're staying in hospital: food, water, pain relief and washing facilities.

The Mumsnet campaign 'Better Postnatal Care: Aftercare, not Afterthought' will work with parents, professional representatives and healthcare bodies to bring focus to a service that has been neglected for too long.

Mumsnet also launched a crowd-sourcing initiative to find creative, practical ways to improve the environment on postnatal wards, so that new mothers get the rest and recuperation that they need. Across Mumsnet and social media channels, people will be asked what the NHS – and patients' visitors and families – can do to make 'Wards Fit for Purpose'.

The social fund, the family fund, loans and advances