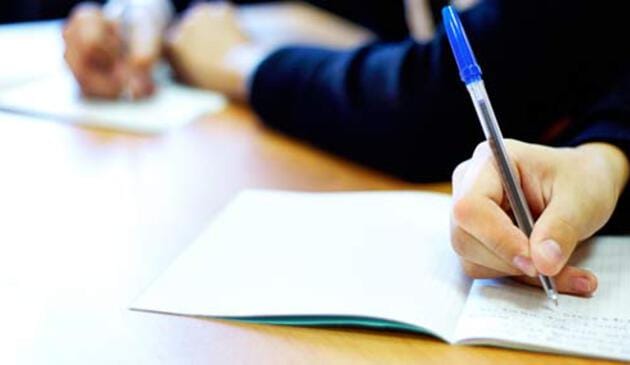 A numerical grading system of 9-1 will replace the current system of A*-G, with 9 being the highest achievable grade and 1 being the lowest (although grade U will still be used for those who fail to achieve the minimum requirements for grade 1).

Under the new system, a grade 4 and above will be equivalent to a C and above. This is – and will remain – the level that pupils must achieve in order not to be required to continue studying English and maths post 16.

The new system has been designed to reveal differences between candidates at the top end of the spectrum. The current top two grades – A* and A – will be replaced with three top grades – 9, 8 and 7.

Grade 9 is being referred to by some as an 'A**', as it will only be awarded to approximately the top 3% of GCSE students.

When will the new GCSEs be introduced?

New GCSEs are being introduced in three stages over three years.

Current year 11 students will sit new GCSEs in maths, English language and English literature in June 2017. However, they will still be awarded 'old-style' GCSE grades in all other subjects.

Current year 10 students will take new GCSEs in most subjects. However, they may still be on an 'old-style' syllabus if they opt for a more unusual subject.

Students who are currently in year 9 or below will take new GCSEs in all subjects.

What else will change?

Course content will be more demanding across all subjects. For example, in English language, candidates will be required to read a greater range of challenging texts from a variety of periods.

The majority of subjects will be assessed solely through exams taken at the end of two years of study (i.e. no controlled assessments or coursework).

'Tiering' will be dropped in most subjects. This means that for most courses, all candidates will sit the same paper, rather than opting for a foundation or higher paper according to their ability. The main exception to this is maths, although it is worth noting that a lot of content previously only included in the maths higher paper will now also be tested at foundation level.

November resits will only be available in Maths and English language.

Are IGCSEs still an alternative?

No – alternative qualifications such as IGCSEs (International GCSEs) are set to be phased out or brought in line with new GCSEs, as they will no longer be recognised in government performance tables.