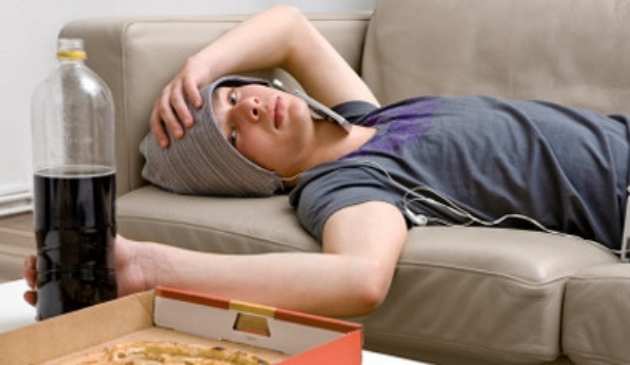 Having said that, our crises aren't usually as bad as theirs. Adolescence is truly tumultuous and kids can't begin to have an inkling of what it feels like for us, while we can recall - at least hazily - what it felt like to be them. And, to an extent, we've been through it before:

Your feelings about living with a teenager

You're unlikely to be in love with your teenager the way you were in love with him/her when he/she was a gorgeous, cuddly 18-month-old.

Chat to other parents in our Talk forums

But of course you love him/her - it's just that love doesn't tend to be the first emotion you feel when you're together. Frustration, yes. Concern, often. Fear, sometimes. Despair, occasionally. Disapproval, frequently. But parenting-wise, the thing about teenagers is that we need to love them more. They really need our love and, what's more, they respond to it (doesn't anyone?).

"As a species they are capable of being vile. But also fantastic. I try to take the rough with the smooth." HighOverlordSybil

Teenagers can be so difficult and so tricksy, that sometimes we forget they're often fun to be around too. Lots of fun and they bring other fun people into our lives - their friends, who fill our homes (often a bit too fully) with laughter and music.

"What creeps up on you when they are teenagers is fear... fear of unsuitable friends, fear of drink/drugs, lifts home with drunk drivers and messing up at school. As my gran used to say, 'Little people, little problems; big people, big problems'." happystory

Try to see the world from their point of view. Can you remember what it was like being a teenager? You're still a child in some respects, yet you're also an adult. You know it's time to let go of your childhood and part of you wants that, but you also want the safety and security of your childhood too. Everything is a bit scary, your emotions, your sexuality, your independence, your body changes - everything is strange and people treat you differently.

We're the grown-ups, but it's not always easy even for us. And parenting an adolescent - especially your first - is such a shock.

"I clearly remembering waking one morning and sitting across the breakfast table from this sullen, spotty, hairy person and wondering where this alien had hidden my boy." Saggarmakersbottomknocker

Teenagers eat up money like there's no tomorrow - and they also tend to be low on respect. But no-one can change that except you and me: so say no to endless handouts, and insist on politeness and respectful behaviour.

Don't be afraid to link the two: never let a teenager insult you at the same time as expecting yet more cash. Remember: no is a word that's available to you, and just as you often had to use it with them when they were toddlers, so you still have to use it now they're teenagers.

One Mumsnetter says: "They do expect a hell of a lot from their parents, more than I ever did from mine. Sort of 'give us some money, drop us off at the cinema, and then I never want to see you again because you are just so crap'."

That's the mantra to keep repeating to yourself. It really won't last forever, neither in the short nor the long term. Teenagers are vile one minute and sweet-natured the next. And even the worst of them don't stay horrid for longer than two or three years. So hang on in there.

"My son, 15, nearly 16, can say some pretty vile things and then seems to be sweetness and light 5 minutes later... everything is a drama for a few minutes then totally forgotten, leaving us seething. Teens are like that - they blow hot and cold." scurryfunge

"Try to think of it as being their hormones and not them." cat64

"Vile is an understatement." ByTheSea

Reasons to be cheerful: great things about living with teenagers

Investing for children: Why you should start building your child’s financial future, today

Children Preparing for a newborn Swears By Family

Best Christmas gifts for teens 2022: presents to suit any teenager