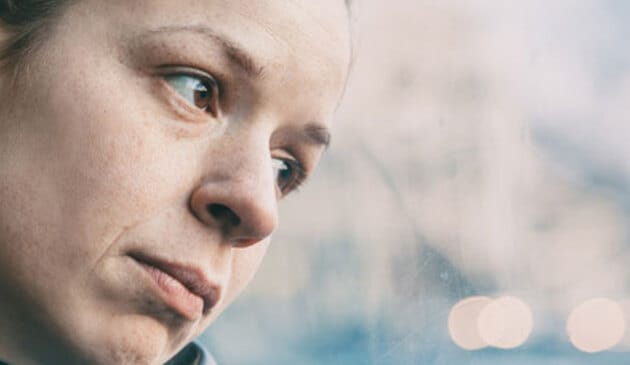 What is a late miscarriage?

What are the symptoms of late miscarriage?

Possible warning signs of miscarriage in your second trimester are cramping pains and a pinkish vaginal discharge. If you have these symptoms, there might be nothing wrong – but it’s always best to contact your midwife for a check-up.

Your baby's movements might have changed, or you might have noticed that you haven’t felt your baby move in a while. If this is the case, it’s best to get in touch with your midwife for a check-up.

One of the most common signs of miscarriage is vaginal bleeding. This might become heavy and you might experience some clotting, and your baby might be born very quickly.

A silent miscarriage is when a baby dies in the womb and you might not find out that this has happened until you have a scan. If this is detected, you may be admitted in order to have labour induced.

What are the reasons for late miscarriage?

The cause is discovered in roughly half of all late miscarriages; this can be a source of comfort and help if you later consider future pregnancies.

Finding out that my baby was genetically perfect helped me get further treatment and testing to discover why it kept happening to me.

The majority of miscarriages cannot be prevented and are not caused by anything the mother has done. Late miscarriage can sometimes occur as a result of an underlying health condition or one of these reasons.

If you are having a late miscarriage, your doctor might advise you to have your labour induced, or you might want to try and avoid this procedure and deliver your baby naturally. You might be given the option to wait for a few days so you can stay at home. Your doctor will support you and be able to give you advice and information to help you make a decision.

If you are induced, you will be given hormones (in pessary, tablet or injection form) to start labour. This can be painful, like full-term labour and you will be offered morphine-based pain relief that you can control yourself.

“I was four and a half months pregnant when I found out during a scan that the baby had died,” says one mum. “I was induced. Despite it being traumatic, it was the best way to do it for me. I was able to leave the hospital 12 hours later and go home. They gave me very good pain relief. If I had had a caesarean I would have had to stay in hospital for days, and the emotional and physical recovery would have been prolonged.”

Physical effects of a late miscarriage

Your body has been thrown into an abrupt hormonal reversal, which can be very physically and emotionally hard to cope with. Getting back to your pre-pregnant self physically can take a while. Some women find that it can take them anything from a few days to a few weeks to recover physically from a miscarriage. It is important that you take all the time you need to recover, don't put any pressure on yourself to be “back to normal”.

You'll probably feel very tired afterwards and may bleed for several weeks. Your breasts will produce milk, which can be very upsetting, but you can take hormones to slow down milk production. You might lose your pregnancy shape very quickly or continue to look pregnant for a while.

Your midwife will look after you after a late miscarriage, and you will also be able to see your doctor and a specialist later on. Contact your midwife or doctor if your bleeding or any pain worsens as you might be developing an infection.

Coping after a late miscarriage

“It was fantastic for helping me let the feelings out, as trying to make sense of it all was sending me insane.”

And, of course, your partner is also suffering.

“I think the impact on your partner is less obvious initially, as they are trying to be strong for you, but my husband broke down about three months ago and poured his heart out.”

We had to talk about the disposal of the baby's body, did we want to name it, did we want to see it, etc. I didn't realise they did all that at such an early(ish) stage. It sort of made it harder for us both, I think.

Depending on the stage of pregnancy when the miscarriage took place, some parents are asked if they would like to see, touch or hold their baby. This is a very difficult and very personal decision to make and it is difficult to tell what you will find the most helpful. Some parents want to see their baby but are afraid of what he or she might look like. Your midwife or doctor can describe them to you, or you can ask for photos to be taken. It is up to you to decide whether or not you wish to see them, but of course, there is no rush to do it straight away. There is no ‘right’ or ‘wrong’ course of action – just go with what you feel most comfortable with at the time. Mumsnetters' suggestions for how to say goodbye include naming your baby, taking photographs and wrapping your baby in a shawl if they're too fragile to dress.

Many hospitals offer a burial or cremation service. You can also make your own arrangements. You may be asked for your permission to carry out a post-mortem examination on your baby, to try to find out why your baby died. However, actual practice varies a great deal and sadly, some hospitals may still treat the remains of an early loss as clinical waste unless you request otherwise. Although there is no legal certificate after a pregnancy loss that occurs before 24 weeks, some hospitals provide a certificate for parents to mark what has happened. For many parents, this is an important reminder of the loss they have experienced.

If you want to find out about the arrangements at your hospital, ask a nurse or midwife on the ward or unit where you were cared for, the hospital chaplain, the PALS (Patient Advice and Liaison) officer, or the hospital bereavement service.

If you miscarry at home, or somewhere that is not a hospital, it is possible that you will pass the remains of your pregnancy into the toilet. You might feel you want to flush the toilet, or you may wish to remove the remains to look at – both reactions are completely normal and you should treat yourself with the utmost compassion and kindness.

“We bought a rowan tree to plant in our garden in memory of our daughter. The most important thing is not sweeping everything under the carpet and pretending the baby never existed, which is what some members of our family wanted to do.”

While you are grieving a late miscarriage, be kind to yourself and accept help or support when you need it. You also should not be afraid to ask for it if you need it. And, of course, remember your partner is also suffering. There are lots of sympathetic organisations you can reach out to for advice in this difficult time, including Miscarriage Association and Tommy's.

The national Mailing Preference Service allows consumers to register their wish to not receive unsolicited direct mail. Now they have launched a Baby Mailing Preference Service to enable parents who have suffered a miscarriage or bereavement of a baby in the first weeks of life to register their wish to not receive baby-related mailings. If you would like to register your wish not to receive baby related mailings, visit the website or contact the MPS for an application form, telephone 020 7291 3310, email babymps@dma.org.uk

Need some TLC? Share your experience of late miscarriage and speak to others who understand in our Miscarriage Talk forum. For more information and support after miscarriage, visit The Miscarriage Association and Saying Goodbye websites.

What Mumsnetters say about late miscarriage

“We had to talk about the disposal of the baby's body, did we want to name it, did we want to see it, etc. I didn't realise they did all that at such an early(ish) stage. It sort of made it harder for us both, I think.”

“I have an incompetent cervix – I found out by going into very early labour and losing a baby. In my next pregnancy I was scanned to see if my cervix was shortening and they put in a stitch (suture). I went on to have two perfectly naughty children.”