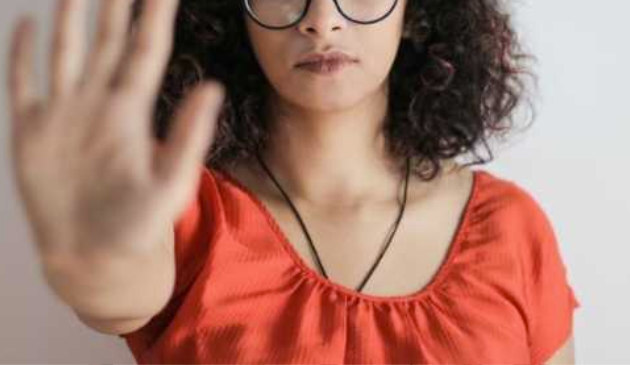 The Forced Marriage (Civil Protection) Act of 2007 sets out that forced marriage is a violation of one’s rights under the Human Rights Act.

(5) For the purposes of subsection (4) it does not matter whether the conduct of B which forces A to enter into a marriage is directed against A, B or another person.

(6) In this Part— “force” includes coerce by threats or other psychological means (and related expressions are to be read accordingly); and “forced marriage protection order” means an order under this section.

(1) A person commits an offence under the law of England and Wales if he or she— (a)uses violence, threats or any other form of coercion for the purpose of causing another person to enter into a marriage, and

(b) believes, or ought reasonably to believe, that the conduct may cause the other person to enter into the marriage without free and full consent.

The legislation clearly specifies that the force does not need to be physical. It can be social, emotional or psychological pressure. The UK government encapsulates the issue in this quote:

You have the right to choose who you marry, when you marry or if you marry at all. Forced marriage is when you face physical pressure to marry (for example, threats, physical violence or sexual violence) or emotional and psychological pressure (eg if you’re made to feel like you’re bringing shame on your family).

Forced marriage is an issue for many people

We are also concerned about a scenario when the context of the young person’s upbringing is so insular that no other options for meeting someone is presented, and the young people in that community are primed from early childhood to marry the person their parents choose for them. The young person doesn’t need to be overtly coerced into marrying the complete stranger chosen by their parents, as that’s what they've been brought up to expect. We know this happens in the Jewish community, and we have been told it happens in the UK in other insular faith communities too.

Some of the issues we are raising are difficult to discuss. Freedom of thought, belief and religion. is protected under Article 9(2) of the Human Rights Act, but this right is not unconditional, and is limited when the rights and freedoms of other people (including religious people themselves), are at risk (see case law). Freedom of religion doesn’t help when it comes to faith based harms (a topic the UK government recently consulted on) such as forced marriage.

It can be helpful to visualise an iceberg, with only 10% above the water, and the rest hidden.

Firstly, there is the blatant forced marriage.

This is the tip of the iceberg, where we would hope all would acknowledge that it's a forced marriage. A young woman might have alerted her teachers to the fact that her parents were planning to ‘marry her off’ when she didn’t feel ready, but found that her teacher colluded with her parents to ensure the marriage went ahead.

Just below sea level, the next bit of the iceberg is subtle forced marriage.

This is the young person who is unhappy but doesn’t overtly protest. The parents either choose to ignore or are not tuned into their child’s position, and continue to push for the marriage to take place. In the words of one survivor, “I knew I didn’t want to go ahead and I cried so much during the engagement. My parents said it was the right thing for me. They had the rabbi’s blessing."

I knew I didn’t want to go ahead and I cried so much during the engagement. My parents said it was the right thing for me.

After that, there is subconscious forced marriage.

The young person has inner concerns about either the matchmaking process itself or about the person their parents want them to marry, but they know what is expected of them, cannot envision a way out, and therefore don’t express these concerns outwardly. Some of this is due to the social pressure they are under, and they may feel that an objection is futile as they will not be listened to, or that their concerns will be dismissed or ridiculed.

And fourthly, there is indoctrinated forced marriage.

The young person was brought up to expect marriage to someone chosen by their parents and someone whom they barely know. They never questioned it, not even internally. They trusted the process and their parents. For many of these people, it may be a happily ever after. However, for some, it's only later, once the reality of married life sets in, particularly if there is significant tension or lack of compatibility (perhaps as one of the partners is LGBTQ+) or there is domestic violence, that they realise that they were the victim of a forced marriage and that they would never have chosen to marry this particular person if they had any autonomy over the process.

All of these different levels of forced marriage exist on a spectrum and the way we have organised our thoughts may not resonate with everyone. However, all the layers of the forced marriage iceberg involve an element of coercion even if the young person goes along with the arrangements at the time of the engagement and wedding.

As part of our thought process in writing our paper we sought to understand where exactly the Charedi matchmaking “shidduch” process can creep into forced marriage by looking for markers of different forms of coercion. All forced marriages are by definition also arranged, but many arranged marriages are not forced, as they can involve both choice and autonomy.

Faith and culture are not a reason for there to be a lower threshold for safety and intervention. Forced marriage can happen to people in all communities, in all parts of society.

Organisations that can help