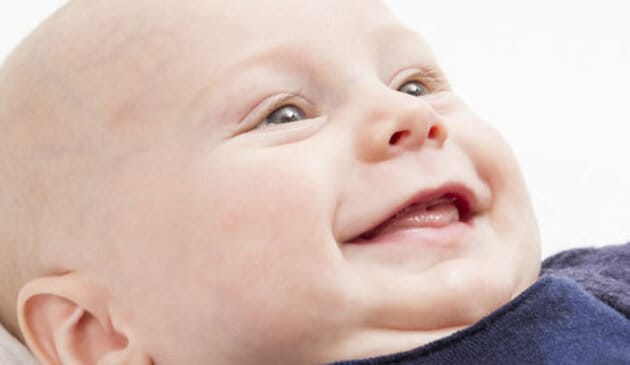 How much does a 12-week-old baby sleep?

The vast majority of her sleep happens at night now. In a 24-hour period she'll be sleeping a total of 14-16 hours a day but anywhere from 10 to 12 hours of that will be at night-time. Woo hoo! Though remember she still will be waking at least once, more likely twice in that long stretch for a feed. Daytime naps will still make up four or five hours of her daily sleep quota, probably spread over at least three naps, and these are now likely to be at roughly the same time each day. It might sound counter-intuitive but getting plenty of naps in the day will actually help your baby sleep better at night so it's worth putting in the effort to ensure naps happen regularly and that she sleeps for long enough.

She's breastfeeding very efficiently now and may even be able to nail a feed in five to 10 minutes, which gives you back an awful lot of time. Remember a few weeks back when you'd barely get your bra done up before she wanted another feed?

If you are bottle feeding, the recommended volume of formula milk to give her per feed is 150ml per kg of body weight up to the age of three months, then it goes down to 120ml of milk from three months to six months. Don't feel the need to drop this down the day she turns three months or you may have a riot on your hands!

Drum roll for the tummy roll… This may be the week she rolls over. The first step in becoming mobile. Most babies roll from their tummy to their back first, and master the back onto tummy roll later on.

Her sight is getting ever clearer and she has better perception of depth. Her ability to track an object with her eyes is also suddenly more advanced, allowing her to take in a lot more of what she sees going on around her.

Is there a growth spurt at 12 weeks?

Yes, you can expect a growth spurt around this time. Hardly surprising with all the ways in which she is coming on physically. You may notice that she is waking in the night to feed and generally seems slightly ratty this week while she's thwacking on the weight and growing bigger and stronger.

Week 12 is another period where your baby makes a big mental leap. This third 'wonder week' is known as the 'smooth transitions' leap. It basically means that where your baby's movements have been jerky and unpredictable, they now become smooth and controlled.

It also marks her being able to perceive small transitions in the world around her, such as the light changing to become darker or a noise getting more high- or low-pitched. It sounds like a subtle change but this leap enables her to really get to grips with the world, and means her thinking becomes more organised so she can spot sequences and anticipate what's coming next. If you lay her on your lap in your usual feeding spot now she'll probably open her mouth ready to feed.

Her sense of humour is also developing around this time and funny noises like you blowing a raspberry may well elicit a hearty chuckle.

Now's the time to wheel out the textured and noisy toys and encourage her to roll towards them. The sort of toys that have lots of fluffy, crinkly and squashy textures to explore are great. Put them close to her on a playmat and watch her roll and stretch to reach them. Things like stacking blocks that she can knock down with your help are also good for this age group, as are chunky electronic toys with big, simple buttons to press.

Laughing is the big milestone for this age group and your health visitor might ask if your baby laughs at one of your check-ups.

Your life with a 12-week-old baby

This is the week she'll have her second lot of vaccinations – the second dose of the 5-in-1 jab she had at eight weeks, plus meningitis C. She may well be just as peeved about this as she was four weeks ago but hopefully you'll be feeling much more sanguine about it all.

Jabs aside, this week marks the end of the 'newborn' phase and you're probably well into the swing of things. However, if you're still feeling pretty overwhelmed by the whole thing and wondering how those women that seem to do all this so effortlessly are managing, fear not. You will by no means be the only one. Just smile benignly as they tell you about their clever babies that roll to order and sleep through the night. And look forward to the day those kids have a sleep regression or discover they can whip their own nappies off and redecorate the walls.

"If your baby wakes in the night, keep the lights dim, don't talk, and don't make eye contact. This way, they'll know that you aren't 'fun' mummy and not worth interacting with."

"Mine slept through as long as we did a dream feed sometime between 11pm and 1am, and then again at 5am."

"I didn’t care where they napped – in the pram, car or in their cot – but I stuck to rigid nap times (until they were about five months)."

"I had a baby yoga video which I used to do with both of my daughters. They used to smile all the way through it and then sleep afterwards."

Your baby at 11 months