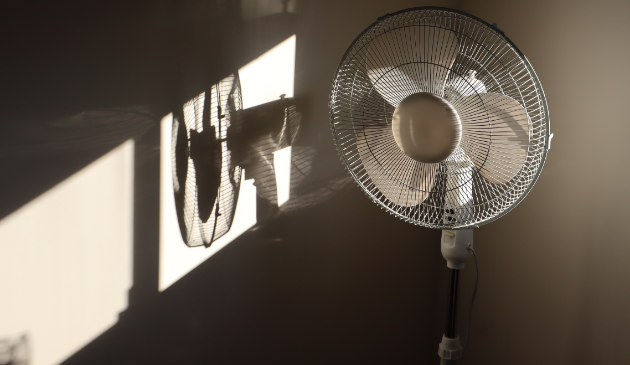 The weather is nothing if not unpredictable in the UK. Sometimes it even gets hot! And when it does, a pedestal fan can be super handy when it comes to getting air moving around your house to create a refreshing breeze.

There are pedestal fans to suit all budgets and many feature useful extras like remote controls, timers and quiet settings for overnight use. Whatever your requirements, we think you’ll be a fan of our helpful roundup.

Here are the best pedestal fans to buy for 2021. 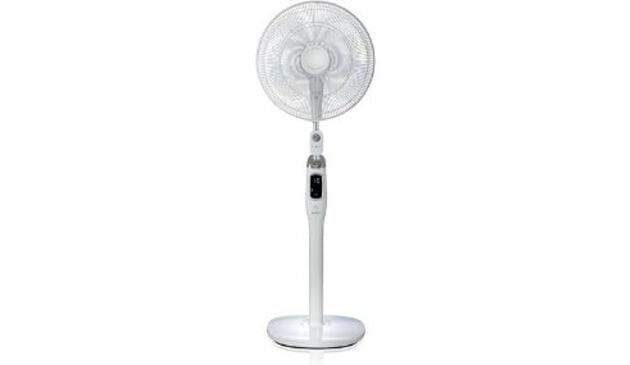 With 35 speed settings, an adjustable stand and a quiet setting that can keep the noise as low as 27 decibels, the EcoAir Zephyr 16” fan should satisfy your inner Goldilocks and help keep the temperature ‘just right’.

It’s a high spec fan, with an LED display panel, a sleep mode, a thermostat that automatically turns itself on when the house gets too hot and an energy-efficient DC motor that claims to use 70% less electricity than other fans.

Its 40cm blades can create a serious breeze and as with many pedestal fans, it oscillates to spread the cool air around the room. Conveniently, you can adjust the height up to 138cm, which is higher than its counterparts. It is a bit more expensive than some others on the list, but the added features are worth it if you want control over your cooling. 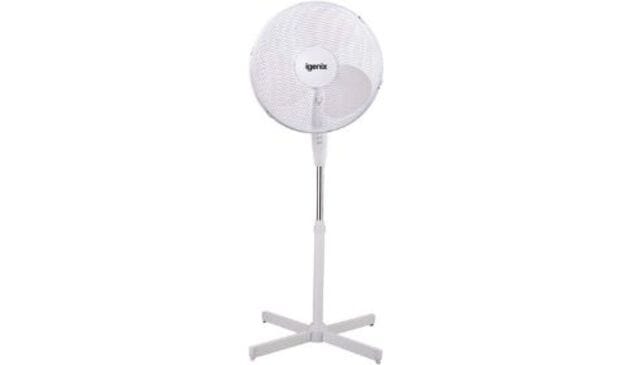 Sometimes, simple is best. If all you need is a pedestal fan to cool you down, and the idea of spending a lot gets you hot and bothered, the Igenix DF1655 could be the one for you.

Its 50-watt motor will create a nice breeze inside your house, and there are three speed settings to choose from. It will oscillate up to 80 degrees to keep a larger space cool and has an adjustable height stand. It might not win any prizes for style, and it doesn't have any bells and whistles, but you might not care once you’ve reached a comfortable temperature! 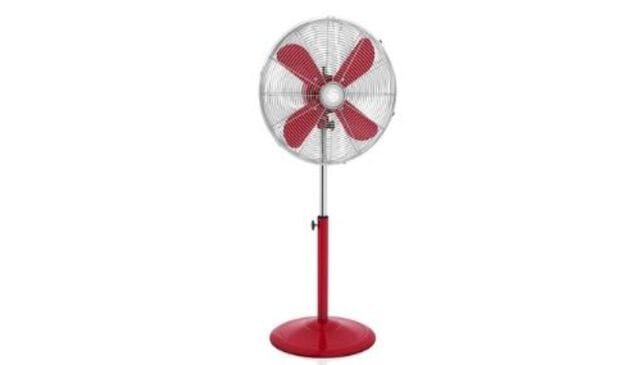 Quite often, everyday items like pedestal fans can have uninspiring designs. But this Swan Retro 16-inch stand fan shows that doesn’t have to be the case thanks to its retro styling and range of six colours to choose from, including pale blue, red and cream.

The fan is made from aluminium so it’s sturdier than its plastic counterparts and it has a 1.6-metre cord to help you manoeuvre it into the right place. While the three speed settings and lack of remote mean it isn't as whizzy as some other fans on the list, the choice of colours could swing it for you if you want something more pleasing to the eye. 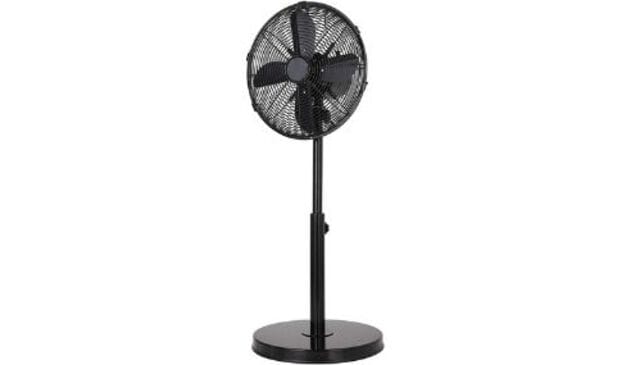 The build quality on this Pifco P51003 pedestal fan is underlined by the copper motor, which is said to be more durable than other models. And it features some nice touches like non-slip rubberised grips which secure the topple resistant base in place across a variety of floor surfaces.

It has three power settings and, as you would expect, there is an adjustable height stand as well as a vertical tilt and oscillation feature that can cover a 90 degree angle, making it suitable for most rooms. 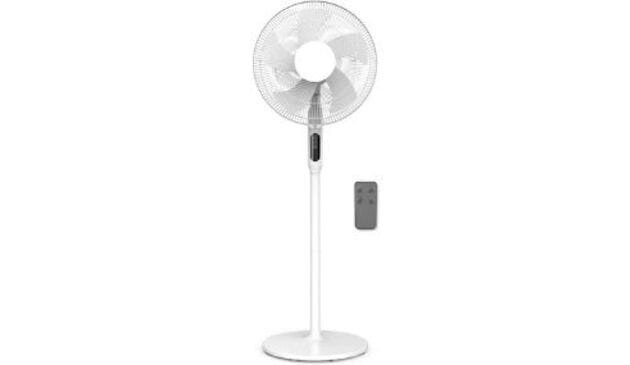 Keeping cool doesn’t have to cost the earth – the versatile Futura Premium 16-inch oscillating pedestal fan runs at 50 watts, meaning it costs less than 1p per hour to run, according to the manufacturers.

It benefits from the standard oscillation (up to 85 degrees) and three speed settings you might expect. The extra good news is that if you’re feeling too hot to get up and change the settings, there is also a remote control to let you tweak the settings from your sofa, or without getting out of bed.

This is all topped off with a two-year guarantee, so it should get you through this summer and next at least (although there is no guarantee about how many warm and sunny days there will be!) 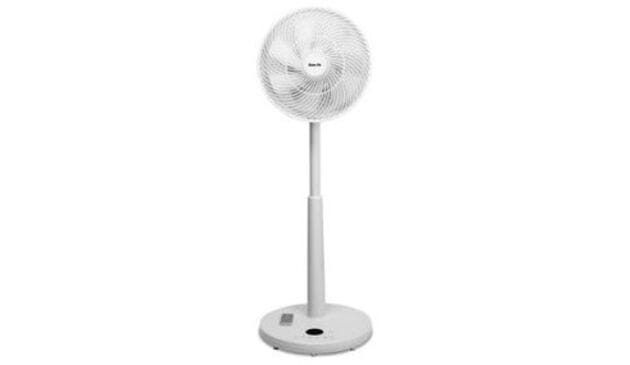 The Devola Low Noise 12-inch pedestal fan is a bit more compact that the 15- and 16-inch models elsewhere in our guide, but this energy efficient DC-motor powered fan doesn’t scrimp on features as a result.

This adjustable-height tower fan has 12 fan speeds, automatic vertical and horizontal oscillation up to 100 degrees, and a smart temperature display – the manufacturer even claims it ‘packs an aircon-esque punch, without the price tag’. And if you’re worried about the noise a fan can create, the Devola could set your mind at rest. Its sleep mode keeps the volume down to 26 decibels, so you're unlikely to be disturbed when trying to sleep on a hot night. 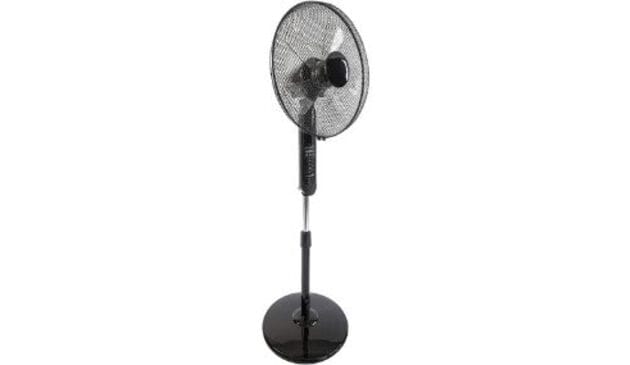 Imagine the scene – it’s late and you’re tired, but it’s too hot to drop off to sleep. A standard pedestal fan can really come in handy in this situation, but this Jack Stonehouse 3-speed 16-inch fan goes a step further than most – the timer function lets you set the fan to run for a period up to seven and a half hours (in half hour increments), so you can set it to turn off later at night once things have got a bit cooler.

The remote control means you can change the settings from across the room (or in bed) and its adjustable height and 120-degree oscillation range means you should be able to get the breeze just where you need it. 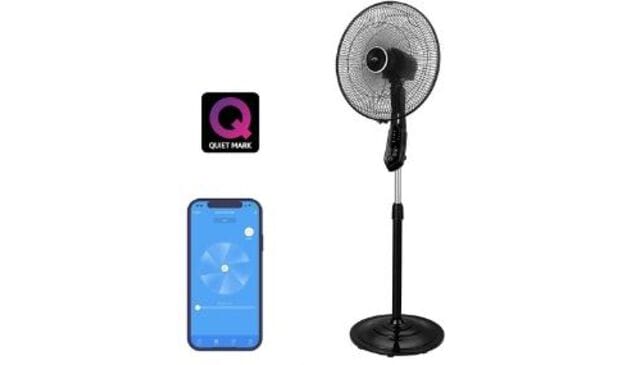 If you’re used to controlling the appliances in your house using a smart home assistant like Alexa or Google Assistant, the GeoSmartPro AirGo Smart Fan could be just what you're looking for.

All you need to do is connect it to your Wi-Fi, download the app for your iOS or Android smartphone, and before you know it you can be telling your fan to switch on or off, or setting up schedules to automatically turn on and off according to the weather forecast.

What is the difference between a pedestal fan, a tower fan and a floor fan?

Pedestal fans are floor-standing fans and are usually bigger and more powerful than desk fans. They typically have an adjustable tilt and will swing horizontally (or oscillate), so you can cover a bigger area in a room to keep it at a comfortable temperature.

The clue is in the name with desk fans – they can sit on a desk or table, which usually means they are smaller and more portable (and can be cheaper too). A desk fan probably wouldn't do a good job of keeping your bedroom cool in the same way as a pedestal fan.

Tower fans, on the other hand are more similar to pedestal fans as they are designed to keep a whole room cool. Tower fans are usually slim and tall, so won’t take up quite as much room as a pedestal fan, but they are also typically a bit more expensive.

How does a pedestal fan work?

The way a pedestal fan works is really simple – it uses blades to move the air and create a cooling breeze. It’s probably just as important to understand what a pedestal fan won’t do – it’s not an air conditioning unit, so it won’t directly lower the temperature of the air in your house.

Of course, with UK summers typically being fairly mild, most people think that an air conditioning unit would be overkill (both in terms of how much it costs to buy and run, and how little it might get used!) That's why a pedestal fan could be just what you need.

How do I choose the best pedestal fan?

The most important things to consider are the size and shape of the room you want to cool (some fans are more flexible than others in terms of height, tilt and oscillation), and how you will use your pedestal fan. All the fans on this list have at least three speed settings, which can help you find the right level of cooling and if you’re thinking a fan would be just the thing to keep you more comfortable at night, it’s probably worth considering a quieter model so your sleep isn't interrupted.

The EcoAir Zephyr pedestal fan is the best overall pedestal fan. The blades can create a very effective breeze, its energy-efficient DC motor claims to be 70% more efficient than other fans and its 35 speed settings can be as quiet as 27 decibels. We think you’ll be a fan of this high performance model.

Because we know that there’s nothing like a real recommendation from a real parent, we first headed to the Mumsnet forums to find out which pedestal fans discerning Mumsnet users had bought. We compiled a list of fans they recommended, noting how effective they found them, and whether they were particularly good for specific needs.

We then did some research across the wider web, looking at which pedestal fans had won accolades or been featured in ‘best buy’ lists across websites and print media, and what customers’ reviews said about them.

Having collated all that information, we picked the pedestal fans we thought would make the best buys in several interest categories.

Keep cool with these handheld fans

Swears By Swears By Lifestyle