Hoping for some advice. I had a miscarriage in February, and ever since then have had 27 day cycles. Prior to that for around a year I had either 26 or 28 day cycles.

I was due my period last week on Monday 18th; period didn’t arrive until Thu 21st which would make it a 30 day cycle which is unheard of for me. I had also taken a test on the Monday - a very very faint line showed up but only after the 5 minutes were up so could be evap or whatever it’s called. We’re abroad so it wasn’t a FRER or anything.

Anyway, I’ve now had my period for 10 days. I thought the last couple of days it was getting lighter but now just started bleeding again and also passed quite a clot. What on earth is this, could this be a chemical pregnancy? I’m not in pain or anything, just don’t understand what’s going on.

Felt so upset when af arrived because I think it’s the meanest meanest thing when your body tricks you like that - 3 days late!!!!

I should mention I had a procedure and numerous scans as well as urine and blood pregnancy tests after the miscarriage (and all the tissue was removed), so whatever is happening now isn’t related to the miscarriage.

OP's posts:
Add message Report
New posts on this thread. Refresh page
Please or to access all these features

Oh how confusing @DancinOnTheCeiling. Hopefully EPU will see you asap and you get some clarity. Fingers crossed for you. x

Not sure about my NHS scan - EPU is slow in my area and I haven't even heard from them yet - but I've just had a NIPT privately and it was a relief to see LO after the previous experiences.

Aw congratulations @stardust00 - really chuffed for you and hope everything is okay with this pregnancy. When do you have your scan?

Well, we just got home, I did a test and it is positive. I’m not hopeful at all though as I’ve been bleeding for 16 days now. That’s exactly what happened when I had the miscarriage in February - I tested positive on pregnancy tests (and my blood HCG was very very high) but I was bleeding and the pregnancy was not viable. I’m calling the early pregnancy unit now.. xx 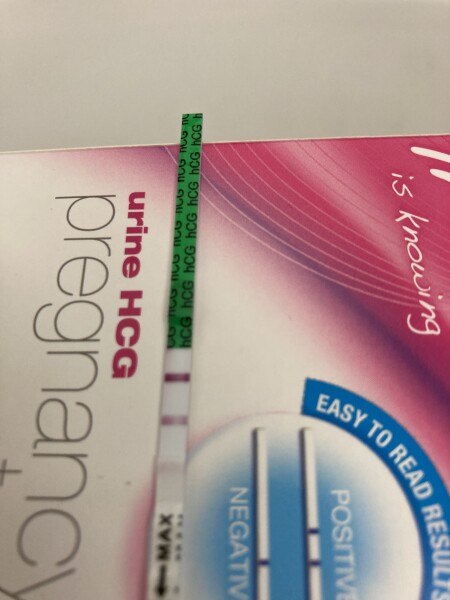 Sorry this is still happening to you@DancinOnTheCeiling. TTC is bloody hard. I’m 11 weeks pg now after a chemical and a 7 week miscarriage and have my fingers crossed for this one. I hope you get your good luck soon x

Thank you @stardust00 - you make some good points. Sorry for late reply, have had some phone free days on hols.

It’s so mean when your body tricks you like that 😔.

I’m still bleeding; it’s been two weeks two days now. DH bought a pregnancy test for me yesterday, bloody expensive too, and it was invalid as I didn’t dip it in the cup long enough - argh! Back in the U.K. later today so will do one there.. not that I think it’ll
be positive but just want to rule out what happened when I miscarried (had very very positive pregnancy tests and sky high HCG from blood tests but was bleeding/miscarrying and had to have a procedure). TTC is hard! Xx

It could be @DancinOnTheCeiling but without having had a positive test (I personally wouldn’t trust a one-off potential evap) there’s no way of knowing. My periods are very regular but after MC last year I’ve had some that were late, started/ended weirdly etc - thinking every time “oh it’s different, maybe I’m pg”. I think this happens from time to time to everyone but when not actively TTC we just don’t even notice odd periods. I understand well the disappointment of a late period and BFN though 😑Wishing you baby dust x